In recent months, presidential pardons have been the center of discussions in the media, the courts, and Congress.

History shows that the pardon power has always come with the risk that presidents would abuse it. And while much of the recent discourse has focused on the scope of the power—who a president can or cannot pardon, and whether particular pardons could themselves constitute crimes—attempting to limit the pardon power may not be the most effective way to counter its abuse. The more important question is how Congress, the courts, and the public can mitigate the damage of corrupt pardons.

A self-serving pardon, or one that appears to be the result of favoritism, is at odds with the purpose of the power.

The presidential pardon comes directly from the Constitution, which gives the president the “power to grant reprieves and pardons for offenses against the United States, except in cases of impeachment.” While there are a few explicit limitations to its use—in addition to not being able to undo impeachments, the power can only be used for federal crimes, not for civil cases or state offenses—the courts have consistently held that the power is otherwise quite broad. For instance, the Supreme Court has confirmed that presidents can pardon people before they are charged (although only after the underlying crime has occurred), and has rejected the possibility that Congress could limit the pardon power: “its limitations, if any, must be found in the Constitution itself.”

Designed to be a safeguard against excessive or otherwise unfair punishments, the pardon power can play an important role in the federal system of checks and balances. As Justice Oliver Wendell Holmes Jr. wrote in 1927, a pardon “is a part of the Constitutional scheme. When granted, it is the determination of the ultimate authority that the public welfare will be better served by inflicting less than what the judgment fixed.”

Presidents have used the power in a wide variety of circumstances. After the Whiskey Rebellion, President George Washington pardoned people who were convicted of treason. President Jimmy Carter issued a blanket pardon for Vietnam War draft evasion. President Barack Obama used the pardon power to counteract harsh sentences that would not have been imposed under current laws. 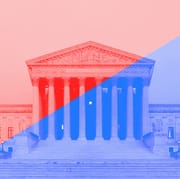 The President v. The Courts

Rhetoric that undermines the very lawfulness of the courts can make it easier for the executive branch to defy judicial rulings, giving rise to a full-blown constitutional crisis. For the system to work, it’s essential that everyone respect the outcome—even if they don’t like it.

However, a self-serving pardon, or one that appears to be the result of favoritism, is at odds with the purpose of the power, which is ultimately to provide justice when it is otherwise unavailable.

Indeed, pardons have long been lightning rods for criticism and even accusations of impropriety. Members of Congress were furious about President Andrew Johnson’s pardons of former Confederates, and the House of Representatives investigated whether people were selling their influence with Johnson to help others obtain pardons in the course of impeachment proceedings against him in 1867. President Gerald Ford’s decision to pardon former President Richard Nixon after Watergate was unpopular at the time: 55 percent of Americans disapproved of the decision and Ford’s approval rating fell 21 points after the pardon. Ford also faced considerable suspicion that he had made a deal with Nixon to grant the pardon in exchange for becoming president. Pardons that President Bill Clinton issued during his last days in office sparked a criminal investigation. Among the pardons investigated was the one for Marc Rich, who had fled the country after being indicted for tax evasion, and whose ex-wife had made large donations to the Clinton library and to the Congressional campaign of former Senator Hillary Clinton (D-NY). Clinton also went so far as to pardon his own brother.

Arguably even worse than an apparently corrupt pardon is one that interferes with a criminal investigation, particularly when that investigation could implicate the president or their inner circle. Concerns that pardons could be used this way are older than the Constitution itself. At the Constitutional Convention in 1787, George Mason took issue with the fact that the proposed Constitution would give “the President…the unrestrained power of granting pardons for treason, which may be sometimes exercised to screen from punishment those whom he had secretly instigated to commit the crime, and thereby prevent a discovery of his own guilt.” Mason’s concerns, however, did not carry the day, and the language he was concerned about became the Pardon Clause.

Modern presidential history has produced several episodes in which Mason’s fears have been relevant, and possibly actually realized.

Among the most notorious is President George H.W. Bush’s pardon of six people involved in the Iran-Contra scandal. The pardon of former Secretary of Defense Caspar Weinberger, whose trial would have begun shortly after the pardon was issued, was the most notable and contentious of this group. The trial, which the pardon prevented, could have embarrassed Bush or exposed him to legal trouble: he might have been called as a witness, and a note from Weinberger’s personal diary undercut Bush’s public assertions about his lack of knowledge of Iran-Contra. The fact that all six men pardoned had been charged with, convicted of, or pled guilty to lying to or withholding information from Congress added to the appearance that Bush had intended to obstruct the legal proceedings. At the least, the pardons had an obstructive effect. Lawrence Walsh, the independent counsel conducting the Iran-Contra investigation, criticized the pardon, saying, “the Iran-Contra cover-up, which has continued for more than six years, has now been completed.”

Less than a decade later, President Bill Clinton found himself under similar suspicions for using a pardon to stymie an investigation. On his last day in office, he pardoned Susan McDougal, his former business partner. McDougal had previously served an 18-month sentence for refusing to cooperate with the grand jury investigating Whitewater. Clinton had caused an uproar several years earlier, when he publicly refused to rule out pardons for McDougal and others involved in the scandal. Then-Representative Spencer Bachus (R-AL) said that “to hold out the possibility of pardons encourages [McDougal] to stonewall, to withhold information vital to the prosecution, to not testify whether [Clinton] told the truth.” McDougal’s ex-husband claimed in a 1998 book that he had lied in his testimony during the investigation and that Clinton had agreed to pardon McDougal, though the White House denied that accusation. 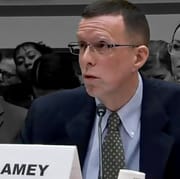 H.R. 1 strikes the right balance by asking those executives to “conduct themselves as if they were bound” by the personal financial conflict-of-interest law. This request follows decades of presidential precedents when it comes to such situations, and will help avoid real or apparent financial conflicts of interest.

With the conclusion of Special Counsel Robert Mueller’s investigation into Russian interference in the 2016 election, the prospect of pardons that could be the result of favoritism or even obstruction is back in the news. For instance, last fall, President Donald Trump publicly declined to rule out a pardon for his former campaign manager, Paul Manafort. A prosecutor from Mueller’s team speculated during court proceedings that Manafort might have been trying to bolster his chances for a pardon when he opted to lie to federal prosecutors while ostensibly cooperating with them.

Regardless of whether this latest episode results in pardons, it is clear that the pardon power invites abuse. So what can we do to prevent, or perhaps more importantly, mitigate the damage of, corrupt pardons?

It may theoretically be possible to find inherent limits to the pardon power itself. While the Pardon Clause of the Constitution provides virtually no restriction on the president’s exercise of the power, some academics and advocates argue that the Constitution’s mandates that the president “faithfully execute the office” and “take care that the laws be faithfully executed” forbid corrupt, self-serving, or obstructive pardons. However, the courts have not been inclined to circumscribe the power beyond the limits in the text of the Pardon Clause. Although it is possible that the Supreme Court would do so in the future, that would depend on new litigation that could take years to unfold after a problematic pardon, and would require the Court to wade into new legal territory.

It is more likely that Congress or federal investigators will be confronted with what to do after an apparently corrupt pardon is issued. Fortunately, they have a variety of powers to use in such a scenario. Pardons for corrupt or illegal purposes could be grounds for impeachment, as the cases of Johnson and Nixon show. The pardons by Bush and Clinton could have similarly constituted grounds for Congress to at least investigate if censure was appropriate, but the cases illustrate a key limitation to impeachment: both Presidents issued the pardons in the waning days of their Administrations. Potentially corrupt pardons can also give rise to criminal investigations, as Clinton’s pardons did. Of course, elections also serve as a safeguard, but only in cases where a president is seeking a second term.

History shows that the pardon power has always come with the risk of corrupt or obstructive uses.

Impeachment is a political decision and thus is not a guarantee against the issuance of a corrupt pardon. Criminal prosecutions are time-consuming and are no slam dunk either: there have never been criminal charges stemming from a presidential pardon. And even if sanctions against a president stuck, it’s unlikely the underlying pardons could be invalidated, meaning an obstructive pardon would go on obstructing, regardless of the penalty.

In that case, how could the damage of an obstructive pardon be mitigated? As noted in a 1999 Oklahoma Law Review article, there are several ways to bring information to light despite a pardon. Critically, if someone has been pardoned, they cannot claim the Fifth Amendment protection against self-incrimination. If a criminal investigation is ongoing, a witness who had previously declined to answer questions could possibly be called back to provide more testimony—potentially including whether there had been a quid pro quo for the pardon.

If an investigation has ended, it may be up to Congress to obtain important information about the underlying conduct or the pardons themselves. Congress has a robust set of investigative powers. In order to carry out its legislative responsibilities, Congress can issue subpoenas and even hold people in contempt if they don’t comply.

Congress has used at least some of these powers on several occasions in connection with pardons. After Bush’s Weinberger pardon, then-Senator Carl Levin (D-MI) announced his intention to examine the pardon during hearings on the Independent Counsel Act, but Weinberger declined an invitation to testify (suggesting there was no subpoena), and the pardon seems to have been a relative afterthought at the one hearing that did occur. The House Judiciary Committee investigated Ford’s pardon of Nixon, leading to Ford testifying in person. Both houses of Congress conducted investigations of Clinton’s pardons, with the Senate Judiciary Committee holding a hearing and the House Government Reform Committee issuing a scathing report. As the Oklahoma Law Review article notes, whether Congressional investigation is a viable route is ultimately a question of political and institutional will, not of authority.

Of course, the surest way to avoid any of these problems is for presidents to not abuse the power entrusted to them. But if history is a guide, pardons will continue to be politically and legally contentious. Even if a president uses the pardon for corrupt purposes, however, that is not the last word: the Constitution provides powers for countering these abuses.