Suspension and debarment are remedies that are meant to protect the federal agencies and taxpayers from individuals and companies who lack the integrity and business ethics required for receiving government contracts, grants, and loans. The Project On Government Oversight (POGO) has long pushed for strengthening and improving these remedies as a means of safeguarding taxpayer money and ensuring the success of federal programs and missions.

If the Small Business Administration does not improve its suspension and debarment process, how much money will be lost to fraud, waste, or abuse is anyone’s guess.

Those who are suspended, debarred, or proposed for debarment are supposed to be banned—or “excluded”—from doing business with the government. These individuals or companies are supposed to be excluded for a set period of time: while they are under investigation or are involved in a pending legal proceeding (suspension), or after the investigation or proceeding results in a finding that they did something that shows they can’t be trusted with federal funds (debarment). But, as we have known for many years, excluded individuals and companies sometimes slip through the cracks and improperly receive federal funds.

This was most recently highlighted in an audit report released last month by the Small Business Administration’s inspector general. According to the report, suspended and debarred entities were awarded millions of dollars in federal contracts and loans between 2012 and 2018 because of deficiencies in the agency’s oversight. The inspector general found that federal agencies awarded more than $80 million in contracts to entities found to have engaged in conduct indicating a lack of responsibility, including fraudulently obtaining contracts though the use of pass-throughs, and submitting false certifications of business size, while an entity excluded because of a Clean Water Act violation received a loan valued at $2.9 million.

The inspector general found two key problem areas. First, officials are not always checking the list of excluded recipients—maintained in the System for Award Management database—prior to making awards, nor are they consistently documenting that they have checked the database. Out of 14 loans, the watchdog found that files for 11, worth a total of $3.8 million, lacked documentation confirming that officials had checked the database prior to approving the loan.

Second, the Small Business Administration is taking too long to process suspension and debarment referrals. Referrals are commonly made in connection with a legal proceeding, such as a criminal or civil judgment. The watchdog found 15 referrals that had been awaiting review for an average of 620 days—almost two years. Furthermore, the Small Business Administration often fails to document the reasons for declining suspension and debarment referrals; or, when an exclusion is imposed, the agency fails to promptly update the award management database so that all other federal agencies will know not to do business with these individuals and companies.

The inspector general made several recommendations to improve the oversight and management of the agency’s suspension and debarment program. Failing to adopt the recommended corrective actions could be a costly mistake. The watchdog warned that inadequately documented referral decisions could expose the government to adverse legal action by those claiming they were unfairly suspended or debarred. 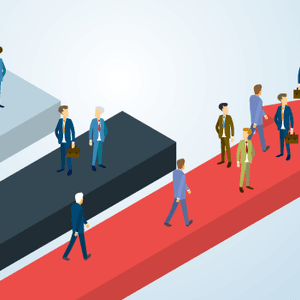 The federal government routinely awards contracts to companies with histories of misconduct, including contract fraud and other violations. POGO maintains this database to improve contracting decisions and increase public knowledge of how the government spends billions of taxpayer dollars each year.

But much more is at stake—potentially billions more. According to the report, in just one year federal agencies awarded over $105 billion in small businesses contracts, while the Small Business Administration managed a loan portfolio worth $132 billion. If the agency does not improve its suspension and debarment process, how much of that money will end up in the hands of risky individuals and companies and lost to fraud, waste, or abuse is anyone’s guess.

That’s why POGO has kept on top of this issue for so many years. Whether through working with policymakers to improve the suspension and debarment system, maintaining a Federal Contractor Misconduct Database tracking the integrity and ethics of the government’s largest contractors, or pressing the government to create its own data resources to better track fund recipients, this area is a worthwhile focus for achieving a more effective, ethical, and accountable government.