As the coronavirus pandemic continues, there are a mounting number of stories of hospitals across the country taking or threatening disciplinary action against health care workers who raise concerns about the lack of personal protective equipment. In particularly high demand and in short supply are N95 respirators, or face masks, that, if worn properly, filter out the majority of small particles in air and fluids, and can protect nurses and doctors on the job.

A federal agency whose mission is to help protect workers from health and safety risks could help protect medical workers from retaliation, even though a key law it enforces isn’t as strong as other whistleblower statutes. But that agency, the Occupational Safety and Health Administration (OSHA), hasn’t been particularly vocal during the current crisis. 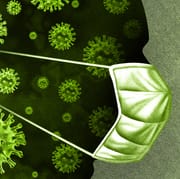 Among the media reports that have circulated in recent days: An emergency room doctor who worked for a hospital in Washington state says he was fired after talking to a reporter about the lack of protective gear. A nurse in Chicago has filed a lawsuit in Illinois state court claiming she was unlawfully retaliated against for telling colleagues that N95 masks were more effective than the masks her hospital was handing out. A nurse in Oklahoma had his contract terminated after talking to the media about the lack of personal protective equipment. And a hospital in New York City threatened medical staff with firings if they spoke to the press without approval.

It appears likely that there will be more such cases, especially as a surge of patients with COVID-19, the disease caused by the novel coronavirus, is expected to hit the nation’s health care system amid a dire shortage of N95 masks and other gear. Confusion stemming in part from a lack of clear information from the federal government, particularly from the Centers for Disease Control and Prevention (CDC), about the effectiveness of various kinds of protective gear is stoking fear among health care workers that they and many of their colleagues will be lost to the pandemic.

That fear is well founded. In Houston, an emergency room nurse fell gravely ill after testing people for COVID-19 after his hospital could not find an N95 mask and gave him a thin surgical mask instead. A nurse in New York City working at a hospital that didn’t have enough protective gear tested positive for the disease and died last week. More than 60 doctors in Italy have died after catching COVID-19 while treating people.

OSHA can and should more actively put hospitals and other health care employers on notice that workers are protected from retaliation.

“Health care workers and first responders are being put in grave danger,” said Representative Bobby Scott (D-VA), the chair of the House labor committee, in a statement this week. “And the experiences of other countries and right here in the U.S. provide a warning of what could happen if we fail to act.”

“Meanwhile, some hospitals are disciplining and firing health care workers for speaking out on the conditions in their hospitals,” Scott said.

What can the federal government do to help protect U.S. health care workers who blow the whistle on inadequate health and safety protections?

OSHA has a dedicated whistleblower protection program, which enforces the Occupational Safety and Health Act of 1970 (OSH Act) and more than 20 other laws with anti-retaliation provisions. Under Section 11(c) of the OSH Act, private sector workers—including in the health care sector—are protected from retaliation if they raise health- and safety-related concerns about their workplace.

OSHA’s whistleblower investigations manual says “communicating with the media about an unsafe or unhealthful workplace condition” is protected, and at least one federal court found in 2015 that the law covers disclosures to the press. There were 2,084 retaliation complaints under the OSH Act in fiscal year 2019, making up two-thirds of the caseload in OSHA’s whistleblower protection program that year.

While OSHA mentions the law’s anti-retaliation protection at the bottom of its webpage on COVID-19, it can and should more actively put hospitals and other health care employers on notice that workers are protected from retaliation when speaking out. Doing so could help head off employer retaliation and empower workers to continue raising legitimate concerns about safety and health threats in the workplace.

OSHA’s relative silence in the midst of these increasing concerns has not gone unnoticed. Jordan Barab, former OSHA deputy assistant secretary of labor, tweeted this week in response to an article detailing a growing number of complaints regarding coronavirus-related workplace health issues in Oregon, “Where is federal OSHA? Missing in Action.”

Even though OSHA could be playing a more active role in preventing retaliation, weaknesses in the law and resource limitations at the agency pose hurdles to whistleblowers who file formal complaints alleging retaliation. And, in some states, workers can find more protections under their state laws than in federal statutes.

Another reason OSHA should be urgently getting the word out that retaliation isn’t legal: Workers have a small window to file complaints. Notably, the OSH Act includes a 30-day limit on how long a worker has to file a retaliation claim after their employer takes an adverse employment action against them. In contrast, “most recent federal whistleblower laws give employees 180 days to file,” according to a 2013 Center for Effective Government report authored by attorney Katie Weatherford. (I contributed to the report.)

The law also does not give OSHA the power to temporarily reinstate employees with strong cases, even though cases can take months or years to find their way through the administrative and legal process. Without temporary reinstatement, those workers and their families have to suffer without a paycheck and benefits. In contrast, other laws such as the Whistleblower Protection Act and Mine Safety and Health Act provide for temporary reinstatement. 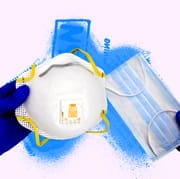 The mad dash for masks comes amid conflicting and ambiguous statements from key federal agencies about the use of “expired” N95s and other types of masks that offer far less protection.

Another weakness is that under the OSH Act, workers cannot independently take their retaliation claims to federal court. Instead, a second office in the Labor Department, its Office of the Solicitor, has to file the case in court on the whistleblower’s behalf. And the solicitor rarely takes these cases to court. Between 1992 and 2008, the solicitor brought only nine cases that led to federal court decisions, and between 2009 and 2016, this happened only 16 times, according to an analysis by Northeastern University law professor Emily Spieler, who served as chair of the Labor Department’s whistleblower protection advisory committee.

Despite those shortcomings, OSHA and the Labor Department could prioritize investigating and litigating meritorious coronavirus-related retaliation cases when workers raise concerns that they are not being provided adequate personal protective equipment. There’s precedent for this, as the Justice Department has announced it will prioritize “detecting, investigating, and prosecuting wrongdoing related to the crisis.”

Then there are the resource limits at OSHA itself. According to staffing data compiled by the AFL-CIO, the nation’s largest federation of unions, OSHA’s whistleblower protection program lost nearly one-sixth of its staff between 2016, when it had 135 employees, and 2018, when it had 114. The Trump administration’s hiring freeze, announced in 2017, may have contributed as employees who retired or changed jobs could not be easily replaced.

In 2018, Barab, the former top OSHA official, wrote that OSHA insiders told him that, due to the hiring freeze, OSHA’s enforcement and whistleblower programs were “falling apart at the seams.” Last month, attorney Brodie D. Erwin of the law firm Ogletree Deakins told the trade outlet EHS Today that “OSHA’s increased workload, combined with the loss of investigators, has led to it being unable to timely complete its investigation process.” Erwin also said, “The backlog has gotten so bad that in some cases OSHA may be aware of a complaint for months before an employer is contacted.”

The Trump administration has sought to bring the number of employees in OSHA’s whistleblower protection program back up to 131 in the current fiscal year, according to the AFL-CIO’s analysis of budget requests.

Representative Scott, the chair of the House labor committee, has said he wants subsequent coronavirus-related legislation to mandate that the agency issue standards protecting health care workers. But the Trump administration and Congress should also seek more funding and staffing for OSHA’s whistleblower program. Congress could also seek to amend the OSH Act to bring it in line with modern whistleblower protection laws, for instance by extending the timeframe in which whistleblowers can file claims and allowing them to go to court themselves.

At least for now, whistleblowers may deem other options more fruitful depending on what state they live in. The fired nurse in Chicago, mentioned above, filed a lawsuit in state court citing Illinois whistleblower law.

Some states have OSHA-approved agencies that enforce state laws that are at least as strong as the OSH Act and can be stronger. (Whistleblowers considering legal options for filing retaliation claims should talk to an attorney to make an informed choice.)

But workers in 28 states—including growing coronavirus hotspots Florida and Louisiana, as well as Texas, the second-most populous state—rely on OSHA, rather than a state program, to protect workers. The federal agency can’t remain silent now, and all health care workers need to know that Uncle Sam has their backs.