This piece originally appeared on The Fulcrum.

Back in April, President Trump said he would halt federal funding of the World Health Organization, on the grounds it was too slow to sound the alarm about the global spread of the coronavirus. The next month, he announced the United States was withdrawing from the WHO altogether.

The administration's actions risk further eroding trust between the two branches. The president is chipping away at the presumption of good faith.

Like so many of the president's norm-shattering proclamations, that raised the question: Can he do those things?

The answer, as it happens, is complicated — and it shines a bright light on the vulnerabilities in the congressional appropriations process and the wobbly balance of legislative and executive power. As Congress begins to exercise the power of the purse again, by starting this month to produce spending measures for the coming year, it would do well to learn from the troubling weaknesses the WHO issue raises.

Congress provided the president with discretion when it appropriated this year's funding for "international organizations," as has been typical. It neglected to specify an amount for the WHO, created after World War II to combat diseases of global import, or even mention the organization by name.

Instead, the law instructed the administration "to meet annual obligations of membership in international multilateral organizations, pursuant to treaties ... conventions, or specific acts of Congress," and provided a bucket of funds for doing so. Absent more specificity, the administration may be technically entitled to redirect funds originally destined for the WHO.

After more than seven decades as a dues-paying member, the United States is changing course by executive decree, but it's far from clear Congress intended to grant the executive such sweeping authority.

Lawmakers commonly appropriate without including line-item details, with the understanding that policymaking benefits from some reasonable flexibility. Undergirding this practice is trust. In exchange for granting some discretion, Congress expects the presidents will not run loose and suspend the flow of money clearly meant for a program or organization — or pursue policies clearly at odds with the nation's commitments as decided upon by Congress.

Whether the president has the technical authority misses the bigger point: The administration's actions risk further eroding trust between the two branches. The president is chipping away at the presumption of good faith. And, just as troubling, lawmakers are steadily losing control over their most critical constitutional prerogative. 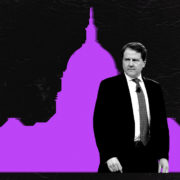 In this respect, the WHO issue is one of many. Last year, for example, the White House's Office of Management and Budget informed federal agencies they need not reply to inquiries from Congress' Government Accountability Office about potential violations of appropriations law.

No statute specifically mandates agency cooperation with the GAO in this regard; the law only obligates agencies to report violations themselves. But traditionally, cooperation prevails. Alarmed, the GAO wrote to tell Congress the novel OMB guidance was an abrupt departure from long-standing norms.

As the president sidelines bedrock congressional authority, it falls on Congress to reassert its power to spend money. Otherwise, Congress' power and interbranch trust will continue to erode.

First, Congress should start with requiring spending transparency within the executive branch. While Trump announced termination of WHO funding, Capitol Hill has little visibility into whether and when funds would actually be withheld or redirected.

Congress should require publicly available and regular apportionment reports, and mandate compliance with requests for information from oversight bodies like the GAO. Congress should have little tolerance for being left in the dark when exercising its most basic constitutional duties.

Second, it's time to add some teeth to its lawmaking by authorizing disciplinary measures for officials who violate appropriations law. The Congressional Power of the Purse Act, a bill proposed this spring by the chairman of the House Budget Committee, Democrat John Yarmouth of Kentucky, would make progress on both fronts.

Perhaps most importantly, members of Congress should speak up in defense of their branch of government — and forcefully.

This pushback must include public statements but also assertive action to claw back the legislative branch's rightful position in our system of separated and balanced powers. Trump's letter to the WHO suggests the power of the purse lay squarely with the executive — Congress, meanwhile, entirely absent from the picture.

A president's usurpation of congressional authority is not novel, to be sure; every one of them has sought to accrete more spending power for himself. Still, recent episodes risk further muddying the constitutional waters, communicating to the public (and the world) that our government's spending authority resides with the executive. The Framers certainly disagreed, unequivocally vesting Congress with the sole constitutional power of the purse.

Reasonable people can disagree on policy, such as whether the United States should be the 194th member of WHO or keep current on its dues to belong. That's not the issue. This is about the president's unilateral decision and Congress' power to determine government spending priorities.

While the issue right now may be Trump's decision to leave the WHO, next year may bring a new administration. Congress should want to reassert its power of the purse regardless of who is in the White House. Congressional Democrats have excoriated this administration for assuming Congress' spending authority; should Joe Biden move into the Oval Office, we can expect congressional Republicans would rightfully do the same.

Congress' real struggle, then, is less about any one president and more over its own role as envisaged by the Constitution. The latter is certainly more enduring and more important, so Congress should stand up now and reclaim its authority.