The president has recently been on something of an inspector general kick, to put it (very) mildly. Over the past two months he has fired, publicly attacked, or replaced a handful of these independent watchdogs in an unprecedented and seemingly unabashed attack on independent government oversight. These attacks have in some cases appeared to be thinly veiled attempts to undermine or silence various investigations the watchdogs were conducting. In other cases, they appear to be attempts to undermine credible oversight altogether.

This unique moment underscores the dire state of America’s independent oversight mechanisms and shines a light on Congress’s continued failure to act in a swift, bipartisan way to restore them.

President Donald Trump’s strategy for dealing with watchdogs seems to be threefold: First, fire Senate-confirmed inspectors general. Second, replace troublesome acting inspectors general who are pursuing investigations that may paint the administration in a bad light. Third, nominate individuals who may be wholly unqualified for the job or who will actively pursue a political agenda.

Many, including the Project On Government Oversight (POGO), consider the president’s recent behavior toward inspectors general an unacceptable assault on our system of democratic government because inspector general investigations and audits are a cornerstone of independent oversight. This unique moment underscores the dire state of America’s independent oversight mechanisms and shines a light on Congress’s continued failure to act in a swift, bipartisan way to restore them.

Now more than ever we need qualified, independent inspectors general with the know-how and the willingness to do the challenging work of overseeing federal agencies and looking out for taxpayers. And while Trump has recently moved to fill several persistent vacancies in watchdog offices with qualified nominees, the records of some of his other recent nominees—as well as the individuals he’s appointed as acting inspector general while nominees await Senate confirmation—raise serious concerns about whether these nominees could or would fulfill their vital oversight responsibilities competently and independently.

Against the backdrop of the president’s recent attacks on independent oversight, particularly his removals of the top watchdogs for the State Department, intelligence community, Pentagon, and Transportation Department, his unqualified picks for several inspector general posts are all the more alarming. And it is now all the more urgent for Congress to ensure that only qualified nominees move forward. If nominees aren’t well qualified for the demanding job of an inspector general, their confirmation could result in ineffective oversight for years or even decades.

Over the course of his administration, POGO has called on Trump to prioritize filling inspector general vacancies, as have members of Congress from both sides of the aisle. Having Senate-confirmed inspectors general is critical, and rigorous Senate vetting helps ensure that nominees are suitable for positions in the highest levels of government.

Trump’s new focus on inspectors general has included nominating individuals to fill eight vacant offices this year, including the new special inspector general for pandemic recovery (SIGPR), which will be a key player in federal oversight of coronavirus relief funds. And while it is good that the president is naming nominees for Senate confirmation rather than continuing to rely on acting leadership, the act of nomination on its own is insufficient.

The Inspector General Act of 1978 requires that inspector general nominees be able to demonstrate certain qualifications. Namely, they must be appointed “without regard to political affiliation and solely on the basis of integrity and demonstrated ability in accounting, auditing, financial analysis, law, management analysis, public administration, or investigations.”

Congress set these requirements as a common-sense baseline to ensure inspectors general can do their jobs effectively. These watchdogs are tasked with detailed auditing and investigations, often with billions of taxpayer dollars at stake. Just as you wouldn’t hire your podiatrist to be your dentist, you shouldn’t hire someone with no investigative or auditing experience to be an inspector general—chances are they won’t do a good job.

Nominees must be qualified as investigators and managers and must be willing to lead the charge in work that could, and often does, draw the ire of powerful officials like the president. By design, inspectors general expose abuses like cronyism, rampant employee misconduct, and sweetheart contract deals. So whoever leads an inspector general office must be ready to ask tough questions in the name of effectiveness, transparency, and good stewardship of taxpayer dollars.

In reviewing inspector general qualifications, POGO has reflected in the past that inspectors general should be selected for their relevant “knowledge, experience, ability, and integrity”—qualities that are critical to making these offices successful. Presidents don’t always follow that rule of thumb, however. When POGO reviewed the experience of nominees under President George W. Bush’s administration, we found that “fewer than 20 percent had prior audit experience.” Instead, the president’s nominees largely came from political backgrounds. 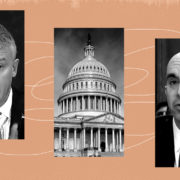 This is a moment when oversight should be encouraged, not undermined. With the federal government spending trillions to deal with the fallout from the pandemic, there is an accompanying urgency to ensure rigorous oversight of this spending.

Trump’s recent slate of inspector general nominees appear to be a mixed bag in terms of their backgrounds. Some, like Brian Miller, the nominee to lead the Office of the Special Inspector General for Pandemic Recovery, seem like a solid choice. Miller was a strong inspector general at the General Services Administration, where he served for about a decade. And while he most recently served in Trump’s Office of White House Counsel, he testified in his confirmation hearing that as an inspector general he would be dedicated to the job, not his boss.

But other nominees seem alarmingly unqualified for the scope of the job they are being nominated to perform. Consider, for example, Andrew De Mello, Trump’s nominee for the Department of Education inspector general. De Mello is a trial attorney for the Justice Department. His only experience in an inspector general office appears to be about six months of being detailed to the Department of Homeland Security Office of Inspector General.

De Mello’s apparent lack of experience is also concerning given that the Education inspector general is tasked with serving on the recently created Pandemic Response Accountability Committee (PRAC), an oversight board made up of inspectors general to monitor the government’s response to the coronavirus pandemic. In other words, whoever is confirmed to that role will be tapped as an expert to oversee the pandemic response—an effort involving oversight of and transparency into trillions of dollars in taxpayer funds—in addition to their responsibilities overseeing the Education Department.

Given the massive size and scope of the Defense Department and the spending that its top watchdog oversees, it would be an ill-advised leap of faith (or an intentional move to undermine the office) to entrust this important job to someone who has never led an inspector general office.

Congress Is Not Without Options

What is the Senate to do with a nominee who appears unqualified for the job?

But senators have other options when it comes to getting qualified nominees from the president. 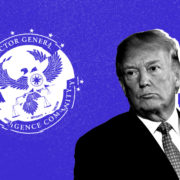 Recently, nine former inspectors general sent a letter to Congress offering recommendations for how Congress can set current and future inspectors general up for success in their oversight work through reforms to the law. They recommended that Congress should, at a minimum, pass a law requiring the president to better explain how his nominees satisfy the qualifications of the Inspector General Act. While this might seem like a small step, it could help prevent presidents from nominating wholly unqualified candidates, which would save time in the vetting process and could ultimately ensure that inspector general vacancies were filled that much sooner.

The former inspectors general also recommended that Congress increase transparency regarding a list of recommended inspector general nominees that the Council of the Inspectors General on Integrity and Efficiency (CIGIE) maintains for the president. Under the Inspector General Act, the council must recommend individuals to the president when an inspector general position becomes vacant. But as Senators Chuck Grassley (R-IA) and Ron Wyden (D-OR) recently pointed out in a letter to the council’s leadership, this process is entirely opaque to anyone outside of the council and the White House. The group of former inspectors general recommended that the list be made public and that the council also provide it to Congress, which could help identify qualified nominees publicly and could help encourage speedier nominations.

Congressional vetting is really the final check on a nominee before they’re confirmed for jobs without term limits like inspectors general. It’s up to the Senate to decide if a nominee is unqualified for the job of inspector general or if a nominee would simply serve to further political or special interests over taxpayers’ interests. Anything but thorough, bipartisan vetting by members and committees with a fine-tooth comb is simply unacceptable and an abdication of one of the legislative branch’s most important jobs.

This conflict spells disaster when you consider that acting inspectors general have full access to the whistleblowing disclosures and retaliation complaints filed with their office. The implications of a political appointee simultaneously running an agency office and serving as the inspector general in charge of investigating whistleblower complaints into that office present an obvious and inherent conflict. Such a situation would surely chill any agency employees from making whistleblower disclosures to that acting inspector general. Furthermore, there’s nothing to prevent this from playing out at any inspector general office at any time—meaning whistleblowers across government may avoid disclosing waste, fraud, or abuse to their inspector general offices to avoid the risk that political leadership will find out who they are. It is an inexcusable mockery of independent oversight, but there’s nothing in law that explicitly prevents this.

Again, Congress is not without options. The most obvious first step is ensuring that acting inspectors general have the minimum qualifications required of permanent inspectors general. Second, Congress should limit who the president can appoint as an acting inspector general to prevent conflicts of interest. Fortunately, Representative Katie Porter’s (D-CA) Accountability For Acting Officials Act would require both changes and, on the Senate side, Grassley recently stated that he is working on a bipartisan bill along those lines, too.

At the end of the day, if an inspector general isn’t qualified, taxpayers are the ones who will suffer. As Grassley recently stated, inspectors general are “the ultimate swamp drainers.” But only qualified and willing individuals can truly make these watchdog offices live up to that superlative. It is imperative that the Senate not confirm unqualified nominees for these critical oversight positions.

Having the wrong person in an inspector general post could be disastrous because paper-pushing and inaction could cost us time, dollars, and lives. The right person, on the other hand, could save them.