Over the years, Congress has made several attempts to limit and even end what have come to be known as America’s “Forever Wars.” After initially gaining some steam, yet another promising effort in the halls of Congress failed to make it beyond committee consideration, thus ensuring that the legislative branch will continue to take a back seat to the executive branch in determining where American troops have to fight.

Of the 98 senators who voted for the original AUMF, only 18 still hold their seats.

Congress retains the sole authority to declare war, according to Article I, Section 8 of the Constitution. The 107th Congress effectively surrendered its authority in the case of the post-9/11 wars when it passed the first Authorization for Use of Military Force, or AUMF, three days after the attacks. The law gave the president the authority to use military force anywhere against anyone the White House determined to be connected to the September 11 attacks. At that time, most people expected the United States to attack Afghanistan, although it is doubtful that anyone would have anticipated people born that year would later be deploying for the war that was then just beginning. It is also doubtful that anyone anticipated the government would use that same law to send troops to Djibouti or any of at least 18 other countries besides Afghanistan.

A bipartisan coalition of House members—Representatives Anthony G. Brown (D-MD), Abigail Spanberger (D-VA), Tom Cole (R-OK), Don Bacon (R-NE), Jimmy Panetta (D-CA), Francis Rooney (R-FL), Jason Crow (D-CO), Ted Yoho (R-FL), Jared Golden (D-ME), and Rob Woodall (R-GA)—recently introduced legislation that would place strict limits on the Authorization for Use of Military Force that three administrations have used to send troops all over the world. The “Limit on the Expansion of the Authorization for Use of Military Force Act” would have required the president to obtain Congress’s approval to send troops to a country where the U.S. is not already engaged. Brown, the bill’s lead sponsor, stated in a press release that the bill would “reassert Congress’ Constitutional role in the declaration of war.” 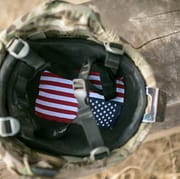 While this bill held a measure of promise for increased accountability, it would have been only an incremental step toward ensuring that those in power today are held to account for our overseas military adventures. Very few of the elected officials in Washington played a part in the passage of the 2001 law that’s been used to send young Americans into harm’s way. Of the 98 senators in the 107th Congress who voted for the original AUMF (2 abstained and none voted against), only 18 still hold their seats. As of July 2020, more of the senators who had the opportunity to vote for the law have died—21 of them—than still serve. In the House, only 67, or a mere 15%, of the current 435 members had an opportunity to vote on the AUMF. Fifty-four representatives of the 107th Congress have since died. The current Congress must take responsibility for our forever wars and exercise its constitutionally mandated war powers.

The proposed legislation, which would have been an amendment to the National Defense Authorization Act, did not lack for critics. One scholar believed it did not go far enough by failing to list the countries where the United States is already engaged, which is a key to defining exactly where the current authority ends. While that was true, practical realities must be taken into account. It is unlikely that any president would look favorably on an effort to curtail their power and authority. Adding this legislation to the National Defense Authorization Act would have greatly increased its chances of passage, and held the possibility of creating the veto-proof majority it will likely need in order to become law.

Congress should still make its primary goal the repeal of both the original AUMF passed just after the September 11 attacks and the second one passed the following year for the Iraq War. These authorizations have more than served their purpose. Had the American people known at the time of passage that these laws would still be used to justify military deployments to Syria and Oman in 2020, lawmakers may have faced more questions about why Congress was signing away its war powers.

Now, at the very least, the current Congress should, as Brown says, reassert itself in the process. Each new Congress, as one of its first acts, should have to vote on whether to reauthorize the Authorization for Use of Military Force. It is the only way for those in power today to be held personally responsible for our current wars.