Corrupted, delivered to our subscribers Thursday afternoon, is a newsletter diving into corruption in the time of coronavirus. At a time of high government spending, we aren't just looking at illegal corruption (like bribery and criminal scheming), but also at the many, less obvious forms that systemic corruption can take.

Corruption is sometimes just an isolated scandal. But the coronavirus pandemic and the government’s response are illustrating just how corrupt the functioning of our government has become—and just how high the stakes are. Unfair advantages that the well-connected and wealthy have accumulated over decades produced a system that gives the “have-mores” even more in the middle of a global health crisis.

In this weekly newsletter, we’ll dive into how corruption and its side-effects are playing out in the crisis. We won’t be looking only at bribery and other criminal misdeeds, but also at the many, less obvious—and often legal—forms of corruption that are so deeply ingrained in Washington. This systemic corruption fuels ineffectiveness in government and inequity in society. It makes government prone to fraud, waste, cronyism, discrimination, misinformation, secrecy, and the silencing of dissent.

The Not-So-Subtle Corruption of the Small Business Loans

Dialing in remotely to a congressional hearing last month, Lockheed Martin executive Greg Ulmer sat alone with the company’s logo behind him, awaiting a grueling line of questioning on the defense contractor’s troubled F-35 fighter jet. A couple hours in, Ulmer appeared at a loss for words when Representative Katie Porter (D-CA) grilled him on the company’s request for federal coronavirus aid and noted that Lockheed Martin had been called a “pandemic star” for exceeding profit expectations. Ulmer told Porter that the company has experienced “disruption” and wants to protect its workers, before ultimately seeming to allow the possibility that Lockheed Martin asked for money because other defense companies did, too.

Of course, bailouts for thriving defense contractors are only one piece of the corruption puzzle. Big companies that accepted loans meant for small businesses haven’t had to face this kind of public interrogation. They simply took the money and walked away.

The Paycheck Protection Program—intended to rescue struggling small businesses—is a glaring example of how corrupted systems are chugging along amid the pandemic, with precious little oversight to keep them in check.

From the outset, there’s been a steady flow of stories about powerful, wealthy, or undeserving companies and institutions receiving loans through this federal program. Among them: the Los Angeles Lakers, Shake Shack, and Ruth’s Chris Steak House. When the government eventually released data on the largest loans, we saw that those early examples weren’t flukes.

We shouldn’t be surprised. Policies and programs across the board, including relief efforts, have long allowed influential companies and individuals to jump to the head of the line while short-changing everyone else.

The Paycheck Protection Program doled out loans on what was billed as a first-come, first-served basis. And well-capitalized companies didn’t need to try very hard to get a leg up for these small-business loans.

The program’s structure basically invited line-cutting and abuse. Without crucial safeguards and oversight, the program will keep benefiting those who need help the least at the expense of those who need it the most.

The U.S. could have followed the European model for saving jobs and struggling businesses—reimbursing companies for putting workers on paid furloughs. But it’s hard to imagine American policymakers seriously considering that model given how intertwined our political system is with corporate interests.

Instead, in a clear case of corporate favoritism, the Paycheck Protection Program relied on banks to sort through applications and issue loans. Ostensibly, that was to help get the money out more quickly to businesses in need. In practice, that meant some banks processing the loans first served companies that were well-established clients—on the whole, prioritizing the well-banked, well-lawyered, and well-resourced big businesses that had other ways to access cash during the economic slump. 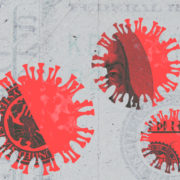 Want this to come straight to your inbox? This weekly newsletter, delivered Thursdays, dives into corruption in the time of coronavirus.

In the CARES Act, which created the program, Congress required the Small Business Administration to direct banks to prioritize underserved markets, including minority- and women-owned businesses, but the agency didn’t follow through. Take a look at what the agency’s top watchdog found.

On top of handing the reins to banks, lax enforcement of the rules let banks help their favorite customers and the historically advantaged, letting them leave out the historically underserved.

Loans went to private equity firms, whose executives can pay lower tax rates than their secretaries. Companies owned by billionaires, as well as elite private schools, obtained loans, while minority-and women-owned businesses were left in the lurch and have been hit particularly hard by the pandemic. Businesses with ties to members of Congress and the Trump administration got loans, as did companies with 10-figure sales numbers and temp agencies enjoying a boom during the pandemic.

A study featured in the New York Times found banks were more likely to treat white business owners better than Black business owners and more likely to recommend that white customers apply for loans. Another study, by Accountable.US, found congressional districts with the highest percentages of Black residents received far less money in loans than districts with the lowest percentages.

The Paycheck Protection Program issued loans with the possibility of forgiving them if businesses kept workers on the payroll. But recent analysis suggests the program hasn’t saved as many jobs as intended, and has saved far fewer than the government has estimated. And some companies accepted the loans and then laid off thousands of workers, or announced they’d soon start layoffs.

Meanwhile, Oklahoma residents have had to line up in the wee hours of the morning just to get their unemployment benefits because the state’s decades-old computer system has been overwhelmed by the massive number of claims.

We’re still fighting to get basic information about the Paycheck Protection Program. The Trump administration dragged its feet on releasing loan data, and refuses to disclose the names of companies that received loans of $150,000 or less—which amounts to more than 85% of the loans issued.

We have to ask: What is the administration working so hard to hide?

The administration is also working overtime to hinder oversight of and accountability in other aspects of pandemic relief. Finding a weakness in the CARES Act, the Treasury Department declared the newly created Pandemic Response Accountability Committee—made up of federal agency watchdogs across government—doesn’t have the authority to oversee a significant chunk of the relief funding. And before that, the president announced that he will “be the oversight,” and has since replaced several acting inspectors general who were on the committee when it was formed.

The two other bodies established to oversee relief funds are also in trouble. The Congressional Oversight Commission still has no leader, while the special inspector general for pandemic recovery only recently began hiring staff. That’s like going off to war without a commanding general or troops—for months.

Without oversight, it’s virtually impossible to ensure relief funds are reaching those who need them most urgently and that they’ll be used for the intended purposes of saving jobs and lives. Waste and abuse can go unchecked, and many Americans are left hungry, jobless, and waiting to be evicted—while the rich and connected get all the relief.

As Congress and the White House negotiate the next major relief package, lobbyists are out in force pushing for provisions to benefit their wealthy clients. Two groups representing banks are lobbying the federal government to automatically forgive all Paycheck Protection Program loans under $150,000, which would save banks millions and would turn the loans into grants, with little scrutiny. But should we be worried about the banks, which are on track to rake in $18 billion in fees for processing the loans? Treasury Secretary Steven Mnuchin has similarly suggested that Congress consider “just [having] forgiveness for all the small loans,” though he also told lawmakers that loan forgiveness would involve a “very robust” review process and would require businesses to provide detailed data on how they’d used the loan.

Stemming corruption isn’t easy, but Congress has options to do better this time. Lawmakers should approve language ensuring all coronavirus funding programs are subject to rigorous transparency rules and directing the administration to prioritize historically underserved markets when issuing further funds to businesses.

In a positive sign, Senate Republicans have proposed new limits for the next round of Paycheck Protection Program loans. Under the proposal, loans would only go to companies with 300 or fewer employees that can prove they’ve lost significant revenue this year. The proposal would also establish a separate pot of money for both seasonal businesses and those in low-income census tracts. Lawmakers should back measures like these.