Every disaster brings out opportunists. We’ve seen plenty during this pandemic, both inside and outside of government.

This week, let’s focus on an opportunist in the Trump Cabinet who’s currently in the hot seat: Treasury Secretary Steven Mnuchin.

The Treasury secretary seems to have jumped at the chance created by the pandemic to make President Donald Trump’s wishes come true and do the bidding of big business. We’re reminded of those notorious photos of Mnuchin—a former Wall Street financier—and his wife, Louise Linton, posing with sheets of money at the Bureau of Engraving and Printing in 2017.

As head of the Treasury Department, Mnuchin certainly has an important role in the federal government’s relief efforts. But while working to get the country back on its feet, he has also upended precedent by inserting himself into the operations of two critical government agencies that are supposed to be independent and non-political: the United States Postal Service and the Federal Reserve.

Trump has long pushed for changes at the Postal Service, creating a task force chaired by Mnuchin in 2018 to evaluate a financial restructuring, and pushing the Postal Service to raise package delivery rates for Amazon, against which Trump holds a personal grudge. Through appointments, Trump has shaped the Postal Service’s governing board, which last year gained a quorum for the first time since 2014.

Get a roundup of POGO's latest work and announcements. Delivered Saturday mornings.

So when the Postal Service, long plagued by financial problems, found itself especially cash-strapped when the pandemic hit, Trump and Mnuchin apparently saw an opening. Rather than come to its immediate rescue, the administration has used the crisis to force the Postal Service to agree to some of the president’s demands.

This spring, Trump opposed direct funding to the Postal Service in a coronavirus relief bill—and has since suggested his reluctance stems from concerns about mail-in voting, which he claims, without evidence, would help the Democrats. Mnuchin delivered the message to lawmakers.

Congress ultimately agreed on a $10 billion loan, which was contingent on Treasury’s approval.

Mnuchin then tried to use the loan as leverage to gain greater control over the Postal Service and push for a litany of changes he’d also pushed for through the task force. He wanted a say in what the Postal Service charges for package delivery and how it manages its finances, as well as influence over hiring and the selection of a new postmaster general, the Washington Post reported.

Some of Mnuchin’s terms were included in a draft loan agreement but didn’t make it into the final version, according to congressional testimony from former Postal Service Board of Governors vice chair David Williams.

What did make it into the final agreement, per the Washington Post, was a provision requiring the Postal Service to turn over to Treasury copies of its 10 largest contracts with “high-volume third-party shippers such as Amazon, FedEx, and UPS.” Although this doesn’t give Mnuchin control over postal rates, it gives him access to what is considered sensitive commercial information shared only between the Postal Service and third-party shippers.

Between Congress’s approval of the loan in April and the final agreement in July, the administration won another big concession. The Postal Service Board of Governors installed Louis DeJoy, a Trump donor and a major Republican fundraiser, as postmaster general.

It’s not clear what role Mnuchin played in the selection of DeJoy (the Treasury secretary denied that he helped recruit or select the postmaster general), but Mnuchin received briefings from the board on the selection process, which is unusual. And according to Williams—who resigned from the board in April and had previously served as top watchdog at the Postal Service and at the Treasury—Mnuchin had required some board members to “kiss the ring” before they were confirmed and called on them with requests and demands once they were installed.

“I’m not sure I’ve run into that before, where one department is trying to run another department,” Williams told Federal News Network of Mnuchin’s involvement. “Normally you would reject the effort and report it to Congress.”

Mnuchin’s actions have raised concerns about inappropriate politicization of the Postal Service. The Treasury secretary does not typically insert himself into the affairs of independent agencies like the Postal Service, so it appears that Mnuchin at the very least is breaking with longstanding norms, even if his actions were within the bounds of the law.

This meddling has consequences. Amid changes DeJoy has enacted, Americans are seeing delays in their medication deliveries and are worried about whether they’ll be able to successfully vote by mail during the ongoing pandemic.

Meddling in the Fed 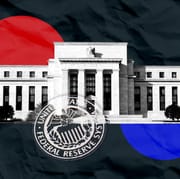 Related: Independence of the Federal Reserve

Past economic crises have shown the long-term harm that can occur when monetary policy is dictated by short-term political considerations, and the need to insulate the Federal Reserve from political pressure.

As the nation’s central bank, the Fed’s mission is to support “maximum employment and stable prices as an independent agency that makes decisions based on the best available evidence and analysis, without taking politics into consideration,” according to its website. The Fed was also established as an independent agency insulated from political pressure, and it’s accountable to Congress, not other executive branch officials.

That’s why it was alarming to hear Energy Secretary Dan Brouillette openly state that he and Mnuchin, at the president’s direction, pushed the Federal Reserve to ensure access for the energy industry in the $600 billion Main Street Lending facility. The Fed revised the program’s eligibility requirements at the urging of the industry, and Trump himself publicly demanded more aid for the energy sector.

While the Fed can’t legally create emergency lending facilities for specific industries, it was able to rejigger the Main Street Lending facility to allow larger companies with more debt to qualify, giving the oil and gas industry greater opportunity to seek federal pandemic aid. (The Fed says that it did not make the change with the oil industry in mind.)

And, as COVID-19 Congressional Oversight Commission member Bharat Ramamurti pointed out on Twitter, the Main Street Lending program does not require that companies use the loans to aid workers. In fact, the Fed allows companies to use these loans to pay off old debt. (In June, Fed Chair Jerome Powell told Congress that “the intended beneficiaries of all of our programs are workers.”)

Meanwhile, the Fed has faced criticism for failing to help struggling state and local governments and midsize companies in other sectors.

Things don’t have to continue in this direction. Congress is not without tools to push back on attempts by the White House and Treasury Department to improperly influence these two traditionally independent, nonpartisan agencies and their programs. Congress needs to investigate Mnuchin’s interference in Postal Service and Federal Reserve matters.

Congress should also pass new requirements for the Fed’s lending programs to ensure that the aid reaches those truly in need.