Months after he was demoted, apparently for raising concerns about the Trump administration’s promotion of hydroxychloroquine to treat COVID-19, Rick Bright resigned from the federal government Tuesday, alleging that he was effectively unable to do his job.

Bright’s resignation underscores how badly we continue to fail whistleblowers who bravely come forward to disclose waste, fraud, abuse of power, and other wrongdoing within our federal government.

The pattern laid out in Bright’s updated retaliation complaint is all too familiar to many whistleblowers.

The pattern laid out in Bright’s updated retaliation complaint is all too familiar to many whistleblowers. Bright communicated his concerns, internally at the Department of Health and Human Services, to Congress, to White House officials, and the inspector general for HHS. Then, frustrated by a lack of response, he took his concerns to a reporter. And Bright was demoted and reassigned shortly thereafter.

It’s fairly common that whistleblowers who see little progress after reporting their concerns through official channels, and face retaliation as a result, feel motivated to go to the press with their experience.

In Bright’s case, the retaliation rendered him unable to effectively do his job, leading him to resign.

That this level of retaliation is so common shows just how dire the conditions are for whistleblowers in this country.

Retaliating against whistleblowers for exercising their legal rights is against the law, but that doesn’t stop it from happening across our government every day. The legal framework for whistleblowers provides very little proactive protection against retaliation, but rather focuses on how to make a whistleblower whole after they face retaliation.

President Donald Trump’s own chief of staff Mark Meadows acknowledged, when he was the co-chair of the House Whistleblower Protection Caucus, that for those who blow the whistle in the federal government, “retaliation is almost certain.” Given this unfortunate reality, it is crucial that whistleblowers have a fighting chance of prevailing against those who retaliate against them in a timely way.

So what exactly are the barriers to timely enforcement of whistleblower protection laws?

For starters, most whistleblowers like Bright must take their retaliation complaints to the Merit Systems Protection Board to get permanent relief from retaliation. But the board has lacked a quorum the entire Trump presidency and hasn’t had a single member since early 2019, leaving whistleblowers unable to effectively appeal preliminary decisions issued by the board’s lower-level administrative judges. And because the board has been rendered functionally toothless, whistleblowers who do win their initial case can be blocked by an agency that appeals to the non-existent full board, leaving whistleblowers hanging in bureaucratic limbo.

While we’re on the subject of protections that are nearly-impossible to enforce, it bears mentioning that Bright’s complaint also alleges that he was subjected to retaliation in part because of communications he made to Congress. Yet there is both an explicit legal prohibition barring the retaliation against a federal employee for disclosures made to Congress, as well as a prohibition against interfering with a federal employee’s ability to communicate with Congress, both of which are relevant to Bright’s complaint. These rules are in place because Congress has a constitutional duty to conduct oversight over the executive branch, and whistleblowers are an invaluable component of that oversight. This is why it’s hard to reconcile then that the law doesn’t provide a clear mechanism for all whistleblowers who communicate with Congress to enforce that second protection. 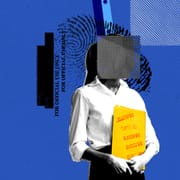 Deciding to blow the whistle on wrongdoing can be the single most important professional decision you ever have to make.

But it isn’t just the enforcement of whistleblower protections that is a problem, it’s that those protections themselves often fall short. The law contains an enumerated list of personnel actions that, if taken in response to an individual’s whistleblowing, constitute illegal retaliation. However, enterprising retaliators only need to get creative to make life miserable for whistleblowers without technically violating the law.

These three shortcomings are just the tip of the iceberg. But, as tempting as it may be to give up on a system that has left so many whistleblowers out in the cold, a bold reform proposal in the House of Representatives might offer some cause for hope. The Protecting Our Democracy Act, recently introduced by seven House committee chairs, includes reforms to fix these three weaknesses in our existing whistleblower laws, as well as several other problems.

The bill would grant whistleblowers the right to take their retaliation case to a trial with a jury, create an enforcement mechanism to determine whether an individual’s right to petition Congress has been interfered with, and explicitly outlaw retaliatory investigations against whistleblowers.

It’s past time to enact these reforms, which would drastically improve the status quo for federal whistleblowers.