Lawsuits over voter access and vote counts have already become a major battleground of the 2020 general election. If results are close, then post-election court rulings may be the deciding factor in whether Donald Trump or Joe Biden is sworn in as president next year. This past week the president said he wants courts to step in and prevent ballots from being counted beyond election night.

The Trump and Biden campaigns ought to be on a level playing field in any court dispute, just as they should be at the ballot box. But what if the president wields the Justice Department as a sword to influence the courts’ decision-making?

What if the president wields the Justice Department as a sword to influence the courts’ decision-making?

While it’s not unusual or necessarily problematic for the judiciary to play a role in elections—their role can range from weighing in on nuanced disputes over a recount to deciding on a simple request to leave a polling site open an extra hour due to logistical problems—it is critical in such instances that the litigation plays out as a fair contest between two political campaigns. Achieving this means that the executive branch cannot become involved in the dispute.

But that is where Attorney General Bill Barr could harness the power of the Justice Department in a shocking and dangerous way. The attorney general and current Justice Department leadership have shown a disturbing willingness to act as a political apparatus for Trump rather than as an entity dedicated to the fair and impartial administration of justice.

At this point the examples of Barr acting as a political agent are legion, and we’ve documented many of them in a timeline about Barr’s misconduct while in office. We’ve seen him repeatedly distort and undermine the findings of the Mueller investigation. His Justice Department worked to block the release of the president’s tax records. He has wielded his power as attorney general to free friends of the president from prosecution and prison time. Barr has demonized protesters and encouraged use of force against them. He has made false claims that perpetuate the conspiracy theory that the Trump campaign was spied on by then-President Barack Obama and then-Vice President Joe Biden in 2016. He has made inaccurate statements pushing baseless concerns about voter fraud. Barr has not only shown a willingness to jump into polluted partisan waters on behalf of the president but also has proven more than willing to rope in the entire Justice Department and pull it down with him.

If the final outcome of the 2020 election depends on a court decision, we should be very worried that Barr will attempt to use the Justice Department to put a thumb on the scale of the outcome. Such an action would be antithetical to a democratic society in which our elections are decided by the will of the people.

The first way Barr could co-opt the Justice Department to aid Trump’s reelection campaign would be by having the department directly intervene in any resulting litigation. This would be an unparalleled and deeply inappropriate action, but one that is not a terribly far leap from Barr’s current attempt to use the Justice Department to personally defend and protect Donald Trump.

When asked about the possibility of such a court intervention, constitutional scholar Laurence Tribe, who served as a lead counsel for then-Vice President Al Gore in litigation over the 2000 Florida election recount, told us, “I would’ve been shocked and appalled to see Clinton’s DOJ weighing in during Bush v. Gore.”

And Paul M. Smith, vice president of litigation and strategy at the Campaign Legal Center, stated that Justice Department intervention “would be both problematic and unprecedented, absent some indication that a state is engaging in the kind of discrimination that could constitute a violation of a federal law.”

However, the extreme nature of Justice Department intervention in the issue might not be enough to stop Barr. In September Barr shocked legal experts by having the Justice Department intervene in E. Jean Carroll’s personal lawsuit against Trump, pushing the outlandish claim that Carroll’s defamation allegation—connected to her allegation that Trump sexually assaulted her—centered on activities conducted by Trump in his official duties as president (an argument the federal court overseeing the suit recently rejected). To permit the Justice Department to litigate on behalf of the president on a matter that purely relates to his personal conduct was unprecedented. And it raises the specter that Barr might act similarly to use the Justice Department to argue in support of Trump campaign claims during any post-election legal disputes. 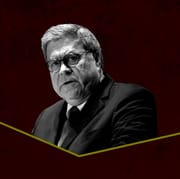 Under Attorney General William Barr, the Justice Department has repeatedly strayed from its commitment to independence and the rule of law.

This would cause a variety of harms. First, having the Justice Department intervene would improperly aid the Trump campaign’s arguments in court, granting an added air of legitimacy and potentially tipping the scales of justice in what is supposed to be an even dispute between campaigns. According to Tribe, “the credibility, personnel, and financial resources of the department exceed those of any private attorney or firm, and the fact that it speaks in the name of the United States gives it enormous influence. Its arguments come with the cloak of official legitimacy even when its interests are in fact those of the incumbent president who seeks reelection.”

Justice Department intervention could also allow Trump campaign attorneys to take advantage of having an extra player on the field. During a pair of legal disputes over Trump’s tax records before the Supreme Court last term, we saw such an approach: Trump’s personal lawyers presented extreme and untenable legal arguments supporting unchecked executive power, while the Justice Department intervened and presented a position that, while still an aggressive claim on executive power, could then be framed as a middle ground option for the justices to adopt (a strategy that worked to some degree, as the Supreme Court added new requirements for congressional subpoenas for a president’s records).

If Barr brings the Justice Department into electoral litigation, we could see this strategy play out again, where the department position serves to tag-team with arguments presented by the political campaign.

Another major harm of Justice Department intervention would be that such intervention would improperly boost the incumbent’s resources for legal efforts. Election litigation during recounts occurs after campaigns have spent most of their funds on the race itself. Justice Department intervention could upend any financial limits, and effectively amount to an incredibly significant, in-kind campaign contribution from the American taxpayers to the Trump campaign.

Wielding the power and imprimatur of the Justice Department to directly intervene in election litigation would also have a deleterious impact on public confidence in our democracy and system of justice. If an ostensibly non-political government institution helps achieve the desired outcome for either candidate, it could contribute to a notion that the election outcome was somehow fixed. Or it could be used to undermine the voters’ choice entirely. Smith, of the Campaign Legal Center, expressed concern that even if Justice Department arguments did not win out in court, “this might be part of a broader effort to create the conditions for a state legislature to swoop in and just declare President Trump the winner of the state's electoral votes.” Given the risks of political instability our nation already faces, the Justice Department should avoid adding fuel to the fire.

Another way in which the Justice Department could put its thumb on the scale of post-election court disputes would be to selectively release or emphasize investigative information with the goal of such information being used by the Trump campaign to bolster their legal arguments in court. 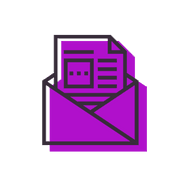 Barr has already shown a willingness to do this, making baseless and inaccurate claims about voter fraud concerning mail-in ballots, as well as pushing for the premature release of information from the Durham investigation (an investigation Barr instigated to examine the origins of the Russian-interference probe, the contents about which Barr has already made multiple, inappropriate public statements). And in September, the Justice Department created a political fervor by announcing an investigation into a set of nine discarded mail-in ballots in Pennsylvania, a situation that involved no apparent intentional misconduct.

The greatest danger of the Justice Department teeing up information to be used by the president’s campaign in court is that it would selectively release information, and in doing so give courts a misleading picture of relevant factors as it assesses ballot issues. Isolated instances of error could be used as fodder for allegations of mass fraud.

It’s critical that independent investigators and fact finders be able to assess both the veracity of information that the Justice Department pushes out and whether that information is properly in context and presents all relevant facts. And in the event that government assertions become a factor in post-election litigation, judges should not hesitate to demand direct access to materials for its own review, rather than simply taking the Justice Department at its word.

We face unprecedented threats to our democracy and to the legitimacy of those government institutions our nation relies on to preserve the rule of law. Protecting them requires keeping the Justice Department out of the election, including any court disputes that may follow it.