Conflicts over Congress’s power to conduct oversight are back in the news, as the select committee investigating the January 6 insurrection demands information from Trump administration agencies and staffers. Early signs suggest that the Biden administration is taking a fairly cooperative stance, allowing the National Archives to release several batches of documents to Congress. While former President Donald Trump is still trying to block those releases, it’s noteworthy for the current administration to be open to the investigation.

Congress’s ability to oversee the executive branch has withered, and the facts of the January 6 investigation are so unusual that there’s no guarantee the administration’s cooperation there would spill over into other investigations. That’s why we were interested to see another development over the summer, one that hints at a slightly less pugnacious executive branch posture toward congressional oversight beyond the January 6 investigation. And it came from the Office of Legal Counsel (OLC), of all places.

We’ve written lots about OLC, the secretive office responsible for interpreting the law for the executive branch. The office has greenlit some of the government’s worst abuses and has turned the separation of powers on its head. And it has been particularly aggressive in pushing theories that undermine Congress’s constitutional investigative powers.

That’s why OLC’s July memo caused a stir: It concluded the IRS must hand former President Donald Trump’s tax records over to the House Ways and Means Committee. The conclusion, which signaled the end of the executive branch’s long campaign to shield those records from disclosure, was significant in its own right. But the reasoning behind the decision could prove to be more significant in the long run, even though it got much less attention at the time. In the memo, OLC disavowed one significant way the Trump administration used the office to stonewall congressional oversight.

This summer was not the first time OLC weighed in on the Trump tax return issue. The dispute dates back to 2019, when Representative Richard Neal (D-MA), the chair of the Ways and Means Committee, requested a set of Trump’s tax records from the IRS. In doing so, he invoked a provision of federal law that grants the committee special access to tax returns, and he explained that the records would facilitate the committee’s review of the laws for presidential tax audits.

Not so fast, OLC said at the time. The office claimed the request was unenforceable because it exceeded Congress’s investigative power.

It’s generally accepted that Congress’s investigative power only extends as far as its legislative power. Neal had given a clear legislative purpose for the committee’s request by citing its review of audit laws. But OLC dismissed this reasoning and declared that was merely a pretext so House Democrats could release Trump’s tax information. To justify this conclusion, OLC articulated an extremely troubling theory: that the executive branch has the power, and indeed the obligation, to second-guess Congress’s stated justifications for oversight requests — and it has the right to decide for itself whether Congress has ulterior motives.

The basic rationale for deferring to Congress’s stated justification is that Congress knows what it needs better than anyone else. Getting the executive branch to hand over information is often a lengthy process, even in more typical circumstances. It frequently involves negotiations on questions like whether certain materials are shielded by executive privilege, in order to reach a compromise both the president and Congress can live with. But if the executive branch can disregard Congress’s justification by claiming an investigation is illegitimate, it can prevent that process from even beginning. 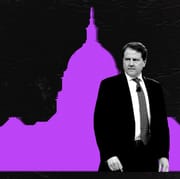 If the DC Circuit doesn’t step in, a dangerous court ruling could upend congressional oversight.

OLC attempted to cast its claim that it could divine congressional motives better than Congress itself as an extension of long-standing practice. It cited a number of OLC memos from decades past as support.

But a close reading of those memos shows that the Trump OLC was really inventing a novel and dangerous theory, one that bore little resemblance to how the office had historically approached the issue of legislative purpose. We and others have written before about how OLC tends to twist its earlier work to support much more aggressive legal theories; this is a good example. In the past, OLC had indeed written that Congress needs a legitimate legislative purpose to demand records. And it had theorized that some kinds of information, like prosecution decisions or pre-decisional documents, would often fall outside that sphere. But those memos did not imply that the executive could second-guess whether Congress’s justifications were true, and they also acknowledged Congress’s broad investigative powers.

Under its 2019 theory, by contrast, nearly any oversight request by a member of Congress who had expressed political opposition to a president could be brushed aside as stemming from malice.

This year, the committee resumed its efforts to obtain the records, submitting a renewed request to the Treasury Department. Once again, OLC was asked to provide advice.

But this time, remarkably, the office reversed its earlier conclusion. While OLC is under new management after the change in administration, the office is fiercely protective of what it considers its “precedents,” and is generally loathe to reverse itself.

This time, however, OLC accepted the committee’s stated reason for requesting the tax records. More importantly, it set a new standard for how the executive branch should evaluate congressional requests in the future. Rather than suggesting the executive branch should scrutinize every justification, the new memo says it should “presume that congressional agents are acting pursuant to their constitutional authority and in good faith.” Moreover, the new memo stipulates that this attitude of “deference and a presumption of good faith” should apply to other oversight requests, as well.

If OLC and the rest of the executive branch actually follow through and apply this standard to future investigations, it means relatively few congressional information requests should be rejected at the outset.

This approach brings the executive branch’s stated standard for evaluating the legislative purpose of oversight requests in line with the one the courts use, which, as we’ve written before, is quite favorable for Congress (notwithstanding the Supreme Court’s ruling last year that imposed a higher burden on Congress in a small subset of cases).

If OLC and the rest of the executive branch actually follow through and apply this standard to future investigations, it means relatively few congressional information requests should be rejected at the outset. Of course, the office’s commitment to this standard in the future remains to be seen.

Either way, Congress still faces an uphill battle when conducting investigations. OLC has come up with plenty of other ways for the executive branch to obstruct oversight, from excessive claims of executive privilege to its baseless notion that presidential advisers can’t be forced to testify before Congress — and its recent memo doesn’t address any of those claims. That’s why we and many others have urged OLC to revisit, revoke, or revise more of its past opinions, especially on separation of powers issues like this.

The saga of the tax memos underscores a broader point we’ve been repeating for some time now: OLC needs bigger reforms, so abuses like the 2019 memo are less likely in the first place. Even a review of past opinions wouldn’t go far enough: It would leave the quality of the office’s work too dependent on who happens to lead the office.

More fundamental changes should include improving the office’s internal processes, like requiring more robust factfinding and peer review and establishing higher ethical standards for the office’s lawyers, to ensure there are consequences for shoddy work. Improving Congress’s own legal resources so that it can push back more forcefully when OLC issues bad opinions would also go a long way toward countering the executive branch’s fight against oversight.

OLC’s new guidance is good news, and the office deserves at least tentative praise for moving away from its prior, damaging stance. But the case of Trump’s tax returns is also a microcosm of the larger problems with the office, and it illustrates the damage an unreformed OLC can do. We’ll be watching closely to see if the new opinion is in fact a small step toward a more accountable executive branch, and we’ll continue our efforts to make sure the office respects Congress’s investigative powers — and the rest of the Constitution.