Where Are All the Watchdogs?

Offices of Inspectors General (OIG) serve as independent watchdogs within federal agencies and are essential to a well-functioning federal government. They conduct audits and investigations that identify wasteful government practices, fraud by individuals and government contractors, and other sorts of government misconduct, even including torture.

Congress and the public rely on OIG reports to hold agencies and individuals accountable for wrongdoing, identify a need for legislation, and evaluate the effectiveness of government programs and policies. Unfortunately, many OIGs across the government do not have permanent leadership.

In February 2012, POGO launched a new project to track and report vacancies across the federal inspector general (IG) system. At the time, there were 12 vacancies in these critical watchdog offices, but no one was systematically tracking and presenting information about the vacancies to the public. So, we decided to.

Since then, our tracker has provided a comprehensive accounting of the number of vacant IG positions, whose responsibility it is to fill those positions, and whether a nominee has been named or not. When we launched the tracker, we thought that cataloguing this information would help “push government officials to fill these positions with qualified leaders.” Unfortunately, as of this writing, there are 16 vacancies across federal IG offices.

Nevertheless, our IG vacancy tracker succeeded in elevating this issue. In January 2020, the official organizing body of federal IGs—the Council of the Inspectors General on Integrity and Efficiency (CIGIE)—announced that it would host a similar tracker, cataloguing IG vacancies on its website at oversight.gov/ig-vacancies.

Now that the IG community presents information about vacancies to the public, we at POGO have decided to sunset our tracker after its almost 10-year run. Make no mistake, though: We will continue our work to highlight this critical issue and to advance policies that will incentivize timely appointments of qualified individuals to these offices.

To learn more about POGO’s work on this issue please contact Liz Hempowicz at [email protected]. 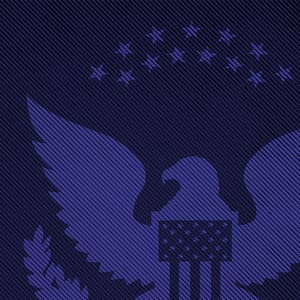