A new document obtained by the Project On Government Oversight (POGO) shows that the F-35 program office has made little progress in fixing the fighter jet’s hundreds of design flaws, and continues to discover more of them. The Joint Strike Fighter Program Office’s Deficiency Report Metrics document, dated February 28, 2020, shows the program is currently dealing with 883 unresolved design flaws—and has no plan for correcting over 160 of them.

The F-35 has 162 deficiencies listed as “open, no planned correction.”

More than half, 448 deficiencies, remain “open, in dispute.” This means pilots or engineers believed they found a problem, but the contractors tasked with fixing the problems are claiming no problem exists. Multiple sources inside the F-35 program told POGO that the default response from the program’s prime contractor, Lockheed Martin, to any identified shortcoming is to say that the company’s design meets contract specifications, and that any further changes can only be made with a contract modification. In other words, the contractors will not fix the design flaws until the government pays for the changes. More worrying are the 162 deficiencies listed as “open, no planned correction.”

According to the document, officials are waiting to correct 10 design flaws until future modernization projects. The document also shows that engineers have identified solutions for 273 flaws, but they remain open either because more funds are needed to fix them or more testing is required to make sure the corrections worked.

The Pentagon breaks down deficiencies into two categories based on their severity and potential impact on safety and mission performance. Category I flaws, the most serious, are those that “may cause death, severe injury, or severe occupational illness; may cause loss or major damage to a weapon system; critically restricts the combat readiness capabilities of the using organization; or result in a production line stoppage.” The document shows there are currently nine Category I flaws. In response to POGO’s request for comment, the program office did not provide any information about solutions the office is pursuing for those flaws.

Minutes from a 2018 F-35 program office Deficiency Review Board meeting showed that the office had been making paperwork changes to reclassify some Category I deficiencies to a lower status rather than actually correcting them. 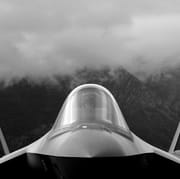 Congress shouldn’t buy these phony cost projections and compound the program’s problems, based on a phony buy-in price by buying more F-35s before testing is complete.

The number of remaining design flaws is one thing, but the 2019 annual operational test report also highlights their persistent nature. The F-35 entered operational testing in December 2018 with a large “technical debt” of problems that had been identified but not corrected during developmental testing, as the Pentagon’s testing office reported earlier this year. Of the 873 deficiencies identified by the testing office as of November 2019, approximately 576, or 66%, were carried over from the development phase. The program’s technical debt has only grown during operational testing as evaluators keep discovering new flaws, and the testing office’s report cautioned that the unresolved flaws “should be addressed by the program to ensure the SDD [System Development and Demonstration] baseline configuration of software and hardware is stable, prior to introducing a large number of new capabilities to the software in the new hardware configuration associated with Block 4 [future development].”

What the testing office is saying in engineering parlance is that the endlessly patched software controlling all the F-35’s components and mission systems is unstable. The “computer that happens to fly” is a densely integrated network of hardware, software, weapons, and mission data. Making a software change to any one component can, and often does, have unintended negative effects on a seemingly unrelated component. The testing office wants to see the program correct all the existing flaws so the F-35 has a stable base on which to build as designers and engineers add new capabilities in the coming years. Unless this occurs, every time a new function is added, they will likely end up piling new flaws on top of old flaws, which will end up endangering schedules and increase costs.

Despite the triumphant 2018 proclamations that the program had completed its troubled development process, the testing office has reported that development “may take years to complete.” Meanwhile, F-35 pilots today are dealing with the effects that “may be observed from both operational testing and fielded operations.”