This piece was co-published with The Daily Beast.

At least 1,322 companies backed by private equity investors received Paycheck Protection Program loans from the Small Business Administration, according to a review by the Project On Government Oversight (POGO) and the Anti-Corruption Data Collective. The pandemic bailout loans obtained by the companies are worth, in total, between $1.5 billion and $3.4 billion. (The loan data released by the government provided a range of the value of each loan, rather than their specific values.)

The loans, intended for struggling small businesses, can be forgiven in full.

As 2020 began, the relatively secretive private equity industry—helmed by some of the U.S.’s wealthiest executives and known for laying off workers at companies they take over—was sitting on a record-shattering $1.5 trillion that was waiting to be invested. While it appears that some of the largest and most well-known private equity firms steered clear of the small business loans, hundreds of equity-backed companies are benefiting from the bailout bonanza.

To be sure, the loans awarded to private equity-backed companies represent a tiny fraction of the roughly $500 billion in Paycheck Protection Program loans since the program’s creation in late March. Nevertheless, questions have swirled around whether the government is adequately overseeing the lending program, and whether some of the borrowers truly need or should have been able to access them.

For instance, the New York City-based private equity firm Riverside Company had four of its companies receive loans between $5 million and $10 million, the maximum available. No other firm identified had as many companies receive such large loans, according to the review by POGO and the Anti-Corruption Data Collective, a nongovernmental group of journalists and researchers. Eleven of Riverside’s companies received loans of any size. The total value of the loans is between $28.4 million to $59 million—among the biggest haul of any equity firm that POGO and the Anti-Corruption Data Collective identified. Riverside reported that its companies had collectively retained 2,250 jobs using the loans.

Riverside, which describes itself as specializing in leveraged buyouts, invested in one of those companies last year: Affinitiv. It and another company named AutoLoop reported to the Small Business Administration that the multimillion-dollar loans received helped keep 351 employees on the payroll at Affinitiv and 300 at AutoLoop.

But in reality the two companies, both of which create software for car dealerships, merged last fall. In July 2019, AutoLoop agreed to merge with Affinitiv, which is controlled by another private equity firm, CIP Capital. Riverside inked a funding deal with Affinitiv months later, in September 2019, when the merger was completed.

In a press release, the combined company stated it would have “more than 800 employees and revenues of approximately $200 million.” According to the Small Business Administration, companies in their industry category with revenues over $16.5 million are not considered small businesses. With some exceptions, the Small Business Administration says companies must meet the “size standard corresponding to its primary industry” to be an eligible borrower in the Paycheck Protection Program. 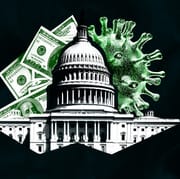 Given that their merger was completed last fall, it is unclear how the two companies could have legally received two different and particularly large Paycheck Protection Program (PPP) loans.

Experts and corporate defense attorneys told POGO that they would have cautioned the combined company, if it was their client, that seeking loans was not a good idea because the circumstances—notably the merger and the company’s size—would invite scrutiny. They said it is possible there are other factors, including the slumping auto sales market, that might have qualified the company under the Small Business Administration’s “alternative size standard.”

“This looks like a nice trick with two companies that recently merged,” said Earl Devaney, a former federal inspector general who led oversight of $787 billion in stimulus spending during the Great Recession. He was careful not to characterize it as fraud because “there could be some explanation, but it does look like a problem. … It looks like an anomaly that should be investigated further.”

In a statement provided by a spokesperson, Riverside told POGO, “For all companies where we are the majority shareholder, Riverside and our attorneys conducted a qualification analysis and a needs analysis for any company that wished to apply for a PPP loan. The companies receiving PPP loans used them to prevent furloughs and layoffs, return employees to work, or increase hazard pay. In some severe cases, PPP loans safeguarded the viability of the company.”

“For the three companies where we are not the controlling shareholder,” which includes Affinitiv, Riverside stated, “we do not have the authority to direct activity regarding the PPP loans.”

POGO did not receive a response from Affinitiv or CIP Capital, the controlling shareholder. The Small Business Administration told POGO it “does not comment on individual borrowers,” nor did it comment on the broader issue of equity-backed companies receiving loans.

Whether or not this case represents misconduct, Devaney told POGO it illustrates the power of transparency and why making the Small Business Administration loan data public and easy to comb through is so important. After withering criticism from Congress and good government experts, the Trump administration released some of the loan data on July 6 after initially resisting calls to do so.

The data essentially “deputizes millions of citizens to be mini IGs [inspectors general]” that can look for potential problems, Devaney said. “Bad guys don’t like to come around when there are a lot of floodlights and cameras.”

In order to receive the loans, companies had to certify that “current economic uncertainty makes this loan request necessary to support the ongoing operations of the Applicant.” The government and white-collar defense attorneys have warned companies not to seek loans if they have access to substantial financial resources, and the Treasury Department pledged to conduct audits of companies that received loans above $2 million.

But private equity firms have devised creative workarounds to access the loans, and civil or criminal enforcement against companies that wrongly receive loans may be challenging. Devaney told POGO that because the federal government has changed its loan guidance multiple times, “a defense attorney would likely say ‘my poor clients didn’t understand what they were doing.’”

Experts have said the program is ripe for fraud, whether the business getting the loan is backed by private equity or not. “If an entity can fog a mirror, they can get the money. That presents a cornucopia of likely fraudulent activity,” said Neil Barofsky, the former inspector general who oversaw the Wall Street bailout during the Great Recession, in previous remarks to POGO. “Businesses will lie about retaining their employees.”

Then there is the issue of whether taxpayer funds are being directed toward those most in need. While the private equity-backed companies identified by POGO and the Anti-Corruption Data Collective reported that they had retained a total of nearly 140,000 jobs, many cash-strapped mom and pop businesses directly affected by the pandemic—such as restaurants, hair salons, and stores—have had difficulty obtaining the loans, especially Black- and Latino-owned businesses. Those racial and ethnic minority communities have been especially hard hit by the coronavirus, both financially and in terms of public health impact.

Columbia University law professor John Coffee, an expert on corporate regulation, wrote in April that “sole proprietors are finding it difficult to get their bank’s attention,” as the Small Business Administration relies on banks to process applications for loans. He suggested that private equity and hedge funds are “the most adaptable ‘small business’ that will jump to the front of this new line.”

While the wealthy private equity industry was mostly shut out of directly receiving these loans—although a handful of firms obtained them—the industry successfully lobbied Congress and the administration to allow companies owned or backed by equity firms to receive the small business bailout loans. “The virus is not discriminating against businesses based on ownership structures,” said Drew Maloney, director of the American Investment Council, an association representing private equity firms, in remarks made to the Washington Post.

Senator Elizabeth Warren (D-MA) wrote a letter in late June to the American Investment Council seeking information on its lobbying efforts related to the Coronavirus Aid, Relief, and Economic Security Act, or CARES Act, which created the Paycheck Protection Program in March.

“I am particularly concerned that the private equity industry you represent may exploit this crisis to continue extracting value out of struggling companies, lining the pockets of wealthy firms at the expense of workers and communities struggling to respond to this pandemic across the country,” she wrote.

The Paycheck Protection Program data released by the Small Business Administration only pertains to active loans approved by lenders; canceled loans are not included. Listing recipients “in the data as having a PPP loan does not mean that SBA has determined that the borrower complied with program rules or is eligible to receive a PPP loan and loan forgiveness,” the Small Business Administration said in a statement. “Further, a small business’s receipt of a PPP loan should not be interpreted as an endorsement of the small business’ business activity or business model.”

The Anti-Corruption Data Collective cross-referenced the Small Business Administration loan data with a database the group built on private equity-backed companies in the U.S. To build their database, the researchers used records from Securities and Exchange Commission filings, public sites of private equity firms, and private aggregators, such as Preqin, that collect data on deal-making stretching back more than a decade. Due to uneven transparency practices across the private equity industry, the researchers’ tally of private equity-backed companies receiving small business loans is likely conservative.

The financial intelligence firm CB Insights also has conducted an analysis identifying a broader array of companies backed not only by private equity but by venture capitalists and so-called angel investors receiving Paycheck Protection Program loans.

Houston-based Main Street Capital Corporation had 31 companies in its portfolio receive loans, the most of any private equity firm identified by POGO and the Anti-Corruption Data Collective. The loans are worth, in total, between $38.4 million and $88.4 million. Main Street reported that its companies had retained a total of 3,756 jobs using the loans.

One of those companies is Charps, which provides oil and gas pipeline infrastructure and maintenance services. Charps received a loan valued between $5 million and $10 million, and the loan data reported by the Small Business Administration lists that zero jobs were retained using that loan.

Neither Main Street Capital nor Charps responded to POGO’s detailed requests for comment for this story.

At least 12 other private equity firms have had their portfolio companies receive at least $10 million or more in loans.

Porter has been critical of private equity firms’ role in reportedly cutting back expenses, such as staffing and pay, in hospitals they own.

“As business leaders who direct and manage billions of dollars, you should be stepping up to protect the financial security of frontline workers,” she and Warren wrote in an April letter co-authored to the heads of some of the biggest private equity firms in the country. “This pandemic places demands and burdens on all Americans. Private equity is no exception.”

Emma Stodder contributed to this report.