The undersigned organizations write to urge that the Senate Judiciary Committee consider President Trump’s final two nominees to the Privacy and Civil Liberties Oversight Board (PCLOB) as expeditiously as possible. The PCLOB has now lacked a quorum of members for over nineteen months, preventing the issuance of public reports or performance of other critical functions. As you know, the president has now nominated a full bipartisan slate of five nominees to serve on the Board, and this committee has already held hearings on the first three nominees.

Many of our organizations do not take positions endorsing or opposing nominees and this letter should not be considered an endorsement of any particular nominee. Indeed, many of us have raised serious concerns about the qualifications of some of the nominees. However, we are in agreement that it is critical that the PCLOB be able to resume its important work conducting oversight and providing advice regarding counterterrorism laws and programs. 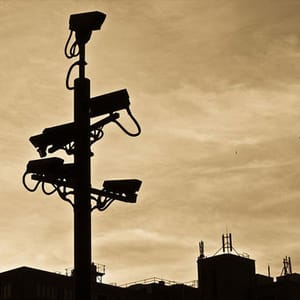 As you are aware, based on a recommendation of the 9/11 Commission, Congress enacted legislation in August 2007 to create the PCLOB as an agency, and charged this body to review federal counterterrorism programs to ensure that they provide adequate safeguards for privacy and civil liberties. It took another five years before the agency came into existence, when, in August 2012, the Senate confirmed the first four Board members. During the four and one-half years in which the PCLOB operated with a quorum, it played a valuable role, including conducting a review of the Section 215 program and bringing to light critical details about government surveillance programs. The PCLOB also performed significant work to create a new independent agency from scratch, and to establish crucial relationships with other federal agencies, Members of Congress, and the public.

However, by statute, the Board must have at least three members to provide a quorum, and the Board has not had a quorum of members since early January 2017. Without a quorum, the PCLOB cannot issue oversight reports, provide the agency’s advice, or build upon the agency foundations laid by the original members. It is also critical that the PCLOB operate with a full bipartisan slate of qualified individuals.

Although even with a quorum, the PCLOB cannot single-handedly conduct oversight over the many counterterrorism programs operated by the Intelligence Community and other federal agencies, the agency’s mission is a critical one. Moreover, the PCLOB has played a significant role in informing the public debates over the past several years regarding the operation of U.S. surveillance programs.

During the eleven years since Congress created the PCLOB as an independent agency, it has only operated with a quorum for four and one-half years. That is highly regrettable, and reflects a major lost opportunity to better inform the public and facilitate Congressional action. We urge the Senate Judiciary Committee to move forward promptly with the confirmation process so that the PCLOB is finally able to resume its vital work.