We the undersigned organizations urge you to support five amendments to the National Defense Authorization Act for Fiscal Year 2020 (NDAA FY20; H.R. 2500) to strengthen ethics laws and shine a light on potentially dangerous conflicts of interest at the Pentagon. 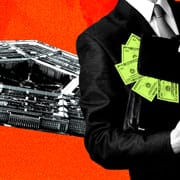 The American people should have confidence that national security officials are making decisions based on what’s best for the national defense of the country. Unfortunately, our current system allows private interests to be put ahead of protecting national interests. Most voters support reforms like these1 and have a right to know who is seeking to influence the Pentagon—whether they’re foreign governments or big defense contractors. That’s why Congress should take concrete steps now to clean up Washington by passing these commonsense ethics reforms for the Pentagon.

Amendment #226 – Rep. Jan Schakowsky (D-IL) – Government Accountability Office found 52 contractors employed 2,435 former Department of Defense (DoD) senior and acquisition officials who had “previously served as generals, admirals, senior executives, program managers, contracting officers, or in other acquisition positions which made them subject to restrictions on their post-DOD employment."2 This amendment would increase disclosure by defense contractors about the contacts between their employees who are former senior DoD officials and the Pentagon.

Amendment #394 – Rep. Jackie Speier (D-CA), Rep. Dean Phillips (D-MN) – In the NDAA FY08, Senator John McCain led an effort to require DoD to maintain a database of defense officials who leave to work for defense contractors. This amendment would make the Pentagon’s existing revolving door database available to the public online and extend the post-employment information in the database from two to four years.

Amendment #555 – Rep. Dean Phillips (D-MN) – Under existing law, senior Air Force acquisition officials can award contracts to defense contractors like Boeing and then join the company afterwards as long as they aren’t going to the specific division at the company that received the contract. This amendment would close the loopholes in the existing one or two-year cooling off periods to prevent government officials from going to work for any division or department of a giant contractor they contracted with on behalf of the Pentagon, and likewise would prevent former contractor employees from overseeing their former employer after becoming a federal official. It also requires contractors to certify ethics compliance of former DoD senior officials and flag officers in their employ.

We support reforms like these because a government by the people needs to work for the people—and for our national security. These reforms are practical, not political. We urge both Democrats and Republicans to set aside partisan politics and stand up for a more ethical and effective national defense now. 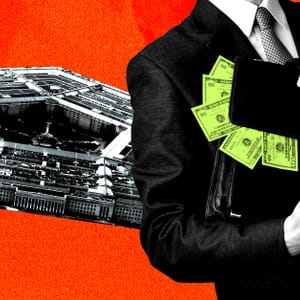