Thank you for the opportunity to provide testimony on the importance of addressing federal vacancies through stronger transparency regarding offices that require nomination by the president and confirmation by the Senate. Persistent federal vacancies are contrary to a direct constitutional mandate, and they force taxpayers to settle for opaque, unaccountable, and ineffective leadership in the highest levels of government. The first step in ensuring that federal offices are filled in a responsible and timely manner is to shine a light on the approximately 1,200 positions that are subject to the Federal Vacancies Reform Act of 1998.1

Therefore, I urge the subcommittee to require the Government Accountability Office (GAO) to publish and regularly update a public database of all executive branch offices that require nomination by the president and confirmation by the Senate, as well as the names of the current officers or acting officers with dates of service.

Founded in 1981, the Project On Government Oversight (POGO) is a nonpartisan independent watchdog that investigates and exposes waste, corruption, abuse of power, and when the government fails to serve the public or silences those who report wrongdoing. We champion reforms to achieve a more effective, ethical, and accountable federal government that safeguards constitutional principles.

Excessive vacancies in these positions—due to the lack of nominees being put forth by sitting presidents, as well as the Senate’s failure to confirm noncontroversial nominees in a timely manner—have resulted in unique and significant problems across the executive branch.3

Persistent Vacancies Are Unconstitutional and Detrimental to the Public Interest

The Vacancies Act of 1868 and its successor laws, culminating in the Federal Vacancies Reform Act of 1998 (commonly referred to as the “Vacancies Act”), were created to ensure that essential federal offices were still able to function after high-ranking federal positions became vacant due to death, illness, or inability to serve. Together, these laws offer a stopgap measure to keep the lights on in federal offices pending the successive officer’s confirmation.

Accordingly, the Vacancies Act dictates a time limitation on how long so-called acting officers can serve in PAS positions pending the nomination of a permanent officer.4 Despite those time limitations, both Democratic and Republican administrations in recent history have abused the Vacancies Act process to allow prolonged service in office by a president’s chosen non-confirmed officer, sometimes using creative interpretations of the law to cut out the Senate confirmation process entirely.5

The Founding Fathers included the “advice and consent” requirement in the Constitution to ensure that the American system of government served the governed, rather than special interests or others who might try to buy their way into a job or otherwise put the interests of the few above those of the American people. Alexander Hamilton, for example, recognized the “advice and consent” requirement as “an excellent check upon a spirit of favoritism in the President.”6 Much later, the Supreme Court similarly deemed it one of the “significant structural safeguards of the constitutional scheme.”7

Yet despite its importance as laid out in the Constitution, an overreliance on acting officers has become a serious problem often bemoaned across chamber and party lines—and for good reason.8 Senate vetting, beyond fulfilling a direct constitutional mandate, is essential for ensuring nominees’ fitness to serve in the federal offices that require it.9

Persistent vacancies in PAS positions leave important federal functions to individuals who have not been vetted for the jobs they are stepping into, and who may be less effective than permanent, Senate-confirmed leaders.

Anne Joseph O’Connell, professor of law at Stanford University and a scholar on the issue of federal vacancies, notes that “even though [acting officials] hold the same formal power as confirmed leaders, acting officials are less able to wield it—because of diminished buy-in from the workers below them, relevant congressional committees, and the wider public.”10

Beyond an unwillingness or inability to make important decisions, acting officials have not gone through the additional layer of vetting and fitness for the role they’re filling. This vetting is a crucial safeguard to certify that a particular nominee is the right person to entrust with the oversight of taxpayer dollars in the programs they will oversee. The Senate confirmation process is also the only opportunity for taxpayers to weigh in on who will make up the upper echelons of the government that is meant to represent their best interests by contacting their representatives to encourage them to vote for or against confirmation of a nominee. 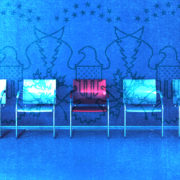 The Dangers of Chronic Federal Vacancies

While it may be unusual for a sitting president to admit publicly that they prefer acting over Senate-confirmed officers, presidential manipulation of the Vacancies Act is not uncommon.

Even if an official has been vetted and confirmed for a different government office, that does not automatically mean they are fit to fulfill the duties of another office without additional, position-specific vetting.

POGO saw firsthand the importance of Senate vetting in 2017 related to the nomination of then-acting CIA Inspector General Christopher Sharpley. President Donald Trump nominated Sharpley to fill the inspector general job in a permanent capacity. Shortly prior to Sharpley’s confirmation hearing before the Senate Intelligence Committee, POGO discovered that there were three credible whistleblower retaliation claims pending against him that he had not disclosed to the committee.11

Not only was Sharpley not candid with the committee, the whistleblowers’ claims provoked concerns about his willingness to work with whistleblowers, a key function of inspectors general.12 After POGO’s report about these claims was raised in the hearing, Sharpley’s nomination was returned to the Senate and he later resigned from his acting post.13 At least one of the whistleblower reprisal allegations against Sharpley has since been substantiated.14

Increased transparency is essential for both Congress and the public to be able to understand the full scope of the vacancies problem and to shape necessary reforms. While a comprehensive reform package to the Vacancies Act is urgently needed for a holistic solution, the first step is to get a complete picture of the problem.

Under the Vacancies Act, the GAO is tasked with tracking vacant PAS positions as they are reported to the GAO by agencies. The GAO keeps track of time limitations under the Vacancies Act and sends out violation letters when acting officials have exceeded the statutorily limited number of days they may serve in an acting capacity.15

A key facet of the Vacancies Act is that any action an acting official takes outside of the time limitations is legally void. Any delay in reporting to GAO creates a legal quagmire, as the agency with the vacancy, Congress, and the public may not even be aware of someone’s unlawful tenure until well after that person has moved on to a different job. This makes it impracticable if not impossible to sue under the Vacancies Act. If a different individual is subsequently confirmed to the position, they could adopt and therefore effectively legitimize any policy created by or action taken by their illegally serving acting predecessor. This could moot civil suits brought under the law.

Accurate reporting and tracking is absolutely essential if the Vacancies Act is to function as Congress intended.

As such, accurate reporting and tracking is absolutely essential if the law is to function as Congress intended.

POGO understands that the GAO can only report on vacancies using the information provided by agencies. However, the GAO can and should play a more prominent role in listing on its website, in a machine-readable and downloadable database, all positions requiring nomination by the president with confirmation by the Senate. Such a database should include the name of the current official in each position and should be regularly updated with vacancies as the GAO becomes aware of them, while also preserving past lists by month for historical comparison. That database should list the beginning and end dates of any permanent and acting officers filling each role.

Not only would such a list be helpful for the public to be aware of who is serving in these positions, it would be a useful tool for comparing changes to vacancies, ideally month to month, and between administrations. It would also be an invaluable resource should the president or Congress decide to eliminate any superfluous offices, as it would present an accurate, updated list of offices.

The only comparable and publicly available lists are currently maintained by the nonprofit Partnership for Public Service in collaboration with the Washington Post, which tracks 743 PAS positions, as well as the Plum Book, released after each presidential election as a bicameral congressional initiative which includes over 9,000 federal positions.17 While both are helpful tools, neither give a complete, up-to-date list of all PAS positions.

Costs associated with the recommended list should be nominal. As GAO is already required to track vacancies in PAS offices, the agency should already have an up-to-date list of positions that require nomination by the president and confirmation by the Senate. Further, as GAO already publicly tracks vacancies—including the name of the former officer, the name of any acting officer, and dates of service—it will be able to pull this information from its own existing database.

POGO suggests the following draft report language to the subcommittee:

The Committee expects that, in accordance with their duties to track federal vacancies pursuant to the Federal Vacancies Reform Act of 1998, the Comptroller General shall maintain a publicly accessible, downloadable, and machine-readable database on the Government Accountability Office (GAO) website of all Executive branch positions that require nomination by the president and confirmation by the Senate. Such database shall include the name of the official serving in each office if the office is not vacant, with the start date of that official’s service. If the office is vacant, the names of any acting officers for each vacancy shall be listed and shall include, at minimum, the start and end dates of the acting officers’ tenure, as well as any nominee submitted by the president for consideration by the Senate and the dates of nomination, as well as any other information that the Comptroller General deems appropriate. The database shall be updated not less frequently than once per month, and past months shall be archived on the GAO website and shall be available to the public at no cost.

By requiring a regularly updated and archived list of PAS positions, the subcommittee would be taking a necessary first step in addressing what has become a chronic issue across multiple administrations.

Thank you for the opportunity to provide testimony. Should your office wish to discuss this proposal in greater detail, please contact me directly at 202-347-1122 or [email protected].