Testimony of Mandy Smithberger, Director of the Center for Defense Information at the Project On Government Oversight (POGO), before the House Appropriations Committee, Legislative Branch Subcommittee.

Thank you Chairman Ryan, Ranking Member Herrera Beutler, and Members of the Committee for allowing me to provide testimony on behalf of the Project On Government Oversight (POGO) and Demand Progress on strengthening Congress’s capacity to oversee the executive branch. We represent nonprofit organizations focused on strengthening the legislative branch’s ability to legislate and conduct oversight. We respectfully request that your committee provide personal office staff of members on key committees with the clearances they need to properly support Members of Congress in their review of information the executive branch has deemed classified, and to report on the provision of those clearances. Accordingly, our request implicates the operations of the House Sergeant at Arms.

First, we thank you for being stalwart defenders of Congress’s constitutional duty to conduct oversight. We especially appreciate that last year the committee requested that the Sergeant at Arms produce an unclassified report on the average and median length of time for House staff to obtain a clearance.1 This report, which was due on March 1, will help the House identify whether staff are being granted clearances on an appropriate timeframe and in line with norms and practices for executive branch staff. This is an important first step.

We must modernize how Congress conducts oversight, and that must include responsibly expanding access to classified information.

We believe it is essential for key House staff to have access to Top Secret/Sensitive Compartmented Information (TS/SCI) to strengthen the House’s oversight of traditional national security matters such as the spending and operations of the military and the intelligence community, as well as emerging concerns such as election security and cyber threats. The House Permanent Select Committee on Intelligence, the House Appropriations Defense Subcommittee, and the House Armed Services Committee all play pivotal roles in overseeing our national security. While Members of Congress are entitled to access classified information by virtue of the constitutional offices they hold and do not need security clearances, they must largely rely on their personal office staff to sift through reams of information and brief them on issues. Those staff often do not hold sufficient clearances to access certain sensitive information, thereby undermining the support they can provide and weakening Congress’s ability to legislate or conduct effective oversight.

The need for Congress to improve its own access to this information becomes more apparent in light of the executive branch’s over-classification of information, and, in some cases, weaponization of the classification system to avoid any accountability.2 From 2007 to 2017, the amount of TS and TS/SCI information has more than tripled.3 Over-classification has become so cumbersome that even the vice chairman of the Joint Chiefs of Staff, General John Hyten, complained that it has become “unbelievably ridiculous.”4 Defense contractors are celebrating the “unprecedented” increase in classified spending,5 which naturally increases the risk of overspending and mismanagement.

In the Project On Government Oversight’s congressional oversight manual, former Representative Mickey Edwards (R-OK) challenged the executive branch’s assertion that it should control Congress’s access to information. “There is no authority in the executive branch to tell Congress who can or cannot have the information it seeks,” he said.6 While Congress codified some executive branch authority to limit access to sensitive information in the National Security Act of 1947, those provisions have, over time, been broadened to an unwarranted degree, and these limits must be challenged if Congress is to maintain its ability to conduct effective oversight.7

The number of House employees with top secret clearances is not publicly available, but it is likely only several hundred. By comparison, approximately 1.2 million executive branch employees and contractors hold top secret clearances.8 It’s likely that more than 100,000 executive branch employees and contractors hold TS/SCI clearances, not counting foreign officials who are “in access.”9 Similarly, the legislative branch receives approximately 0.7% of the non-defense discretionary federal budget—approximately $5 billion—to oversee the entire federal government.10 By contrast, this year the intelligence community requested $85 billion, or more than 16 times all the money spent on the legislative branch.11 This significant disparity in both resources and people with access puts Congress in an inherently weak position when it comes to effectively conducting oversight.

Critics of this proposal have argued that rather than increasing congressional access to highly sensitive information, Congress should combat over-classification. It would be a mistake to force Congress to choose one over the other. “Secrecy, while necessary, can also harm oversight,” the 9/11 Commission warned in 2004.12 Over-classification is a serious problem because it impedes sharing information within the federal government and with state and local governments, placing the public at risk.13 Over-classification also undermines the legitimacy of this designation and threatens the protection of legitimate secrets.14 Excessive secrecy also spawns the related problem of uncoordinated, haphazard declassification, as the Commission on Protecting and Reducing Government Secrecy, commonly known as the Moynihan Commission, pointed out in 1997.15 While we support efforts to reduce the overall amount of classification,16 we still think that Congress must also work toward ensuring it has adequate access to controlled information. It is important for Congress to stand its ground in the face of the executive branch’s assertion that it has the sole authority to make classification decisions.17

It is important to remember that providing select House staff TS/SCI clearances will not necessarily give them unfettered access to classified information. A determination must still be made that they have a need to know. This need-to-know determination, made by the entity that holds the classified information, will ensure that information is available only to those who have an actual need for it. The granting of a TS/SCI clearance addresses an administrative hurdle—the determination that a person can be entrusted with this information—but it works hand-in-glove with the demonstration of a need to know and it would not improperly infringe on the executive branch’s classification powers. 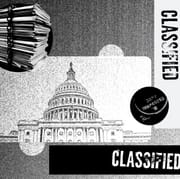 A Primer on Congressional Staff Clearances

Access to TS/SCI information is important not just to aid Congress in addressing traditional national security concerns, such as military and intelligence matters, but also for election security and cyber threats.

The costs of implementing this reform are likely to be minimal. The Congressional Budget Office scored a similar amendment in the Senate as having “no budgetary impact.” The costs of clearances for congressional staff are borne by the agency granting the clearance, not Congress.18 We anticipate that there would be some funding needed for the legislative branch to maintain records of nondisclosure agreements, store classified documents, and track individuals granted clearance, and we urge the committee to increase funds for the Sergeant at Arms accordingly. Additionally, as most of the personal office staff of the relevant committees likely already have TS clearances, providing additional access should not be burdensome.

The cost of not implementing this reform, however, is significant. Without adequately credentialed staff, Congress cannot ensure that we have an executive branch that operates effectively and ethically to protect our country, and in compliance with its constitutional responsibilities. Former House Intelligence Committee Chair Mike Rogers (R-MI) and former House Intelligence Committee Ranking Member Jane Harman (D-CA) spoke last year about how adequate context and knowledge are necessary to precisely target questions to executive branch officials who are reluctant to provide Congress with information.19 While we believe every committee is under-resourced, this is an area where civil society cannot access the information to fill in the gaps. Too often, Congress is instead forced to rely on leaks to the press to learn when national security agencies waste money, violate citizens’ constitutional rights, or abuse their power.

Without adequately credentialed staff, Congress cannot ensure that we have an executive branch that operates effectively and ethically to protect our country, and in compliance with its constitutional responsibilities.

The House Intelligence Committee includes members who serve on the Foreign Affairs, Judiciary, Armed Services, and Appropriations committees.20 The purposes of this cross-seating are to ensure that those committees’ interests are respected and to provide a diversity of viewpoints and expertise while guarding sensitive information before the committee.21 But, without TS/SCI clearances, Congress is not getting the full benefit of this structure and is hampered in its ability to ensure that legislation serves the interests and priorities of the American people. Current members of the House Intelligence Committee are trying to remedy this by pushing for expanded TS/SCI access among their personal office staff.22

The Senate has recognized the need for enhanced access, and has provided designees with TS/SCI clearances for members of the Senate Select Committee on Intelligence. Consequently, the Senate has been able to engage in more robust oversight. Even so, senators are working to expand TS/SCI clearances to personal staff for nearly all senators, with an amendment offered to that effect as part of the fiscal year 2020 appropriations bill.23

To make sure that our most sensitive national security information is properly protected, we urge the committee to increase counterintelligence training for all congressional staff who receive security clearances to help prevent the occurrence of improper leaks. This training should be akin to that provided by intelligence agencies to their own personnel. In addition, the House should expand its reporting on the timeframe it takes to receive a clearance to include an accounting of the number of staff who hold clearances, and the level at which they hold it. This would put the House in line with executive branch practices.

In our experience, congressional staff take significant care to properly safeguard sensitive information, even documents that have pseudo-classifications like “For Official Use Only,” also known as Controlled Unclassified Information (CUI). If staff mishandle this information, they should be held to the same standards and subject to the same punishment as executive branch employees, including criminal prosecution.

We must modernize how Congress conducts oversight, and that must include responsibly expanding access to classified information. Years of executive overreach by Democratic and Republican administrations have severely diminished Congress’s power. Congress must reassert itself as a coequal branch fully able to perform its oversight duties.

The National Security Act of 1947 applies to statutorily-defined “covert action,” but not intelligence collection or counter-intelligence matters or other national security issues. Moreover, a separate provision of the act that requires the Director of National Intelligence to protect “sources and methods” has been significantly expanded beyond its originally limited scope

13 Examining the Costs of Overclassification on Transparency and Security: Hearing before the House Committee on Oversight and Reform, 114th Cong. (December 7, 2016) (testimony of Scott Amey, General Counsel, Project On Government Oversight). https://www.pogo.org/testimony/2016/12/testimony-of-scott-amey-about-burdens-of-overclassification-and-government-secrecy/ 14

Examining the Costs of Overclassification on Transparency and Security (testimony of Scott Amey) [see note 13].

Report of the Commission on Protecting and Reducing Government Secrecy(March 3, 1997), 66. https://info.publicintelligence.net/MoynihanReportGovernmentSecrecy.pdf

For example, former House Government Operations Committee Chair Jack Brooks (D-TX) considered the executive branch’s authority on clearances to be an improper violation of separation of powers, and he initiated a mirror process to approve or deny clearances for staff of his committee conducted through the then-General Accounting Office.

18 Daniel Schuman and Mandy Smithberger, Demand Progress and the Project On Government Oversight, A Primer on Congressional Staff Clearances: Which Staff Can Obtain Security Clearances, at What Levels, and Who Decides? (February 5, 2020), 7.