This piece is part of a series. See the full series, or skip ahead to the next part, Auditing Watchdog Hides Information from Investors.

What would happen if you failed at your job as often as the four biggest accounting firms botched corporate audits?

Say, if you did unacceptably shoddy work on a fifth of major assignments? Or a quarter of them? What if you screwed up half of the projects your boss checked?

But when inspectors from the Public Company Accounting Oversight Board (PCAOB) have audited a sample of audits performed by the U.S. arms of the Big Four, they have found many were inadequate—so bad that the accounting firms had no business issuing opinions based on those audits.

In the most recent annual inspections of the U.S. arms of the Big Four for which the oversight board has reported results, inspectors found that Deloitte botched 20% of audits examined, PricewaterhouseCoopers botched 23.6%, Ernst botched 27.3%, and KPMG botched 50%.

For each of those firms, the latest failure rates were higher than the earliest annual failure rates the Project On Government Oversight (POGO) could compute using data the oversight board has released.

Here are the numbers:

Click the dots on each line for details about each company's failed audits. Use the rectangle button on the lower right corner to enlarge the graph.

As a POGO investigation found, these alleged violations of auditing standards rarely lead to the imposition of any penalties by the oversight board. (See related story.)

In its inspection reports, the PCAOB says the audits it reviews are not meant to be a representative sample; it says they are usually chosen “based on perceived risk.” 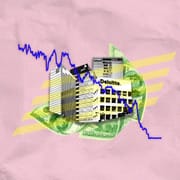 A federal watchdog you’ve probably never heard of is supposed to be protecting your financial security. It’s supposed to reduce the risk that, as a result of fraud, error, or corporate incompetence, your financial future goes poof. But in key respects it’s been doing a feeble job.

When PCAOB inspections find that an audit was inadequate, that does not mean the audit firm overlooked any problems at the company it was auditing. For example, it does not mean the company reported erroneous financial results or engaged in accounting fraud. Rather, it suggests that if there were such problems they could have gone undetected.

For several years, the inspection reports did not disclose enough information for POGO to compute failure rates.

For the U.S. arms of Deloitte, KPMG, and PricewaterhouseCoopers, the latest annual inspection reports the accounting oversight board has issued were for 2017 inspections. Those were released in late 2018 and early 2019. For Ernst & Young, the last was released in December 2017, covering the 2016 inspection.

In response to inquiries from POGO, three of the U.S. Big Four offered no comment on their inspection results. The fourth, Deloitte, provided this statement:

Deloitte is proud of the high quality audits we perform in service to the capital markets, and we continuously look for ways to improve and enhance the quality and value of our work. Our continued positive trajectory of regulatory inspection results reflects the large investments we are making to leverage innovative technologies and enhance the skillsets of our talent to prepare them for a digitally driven future.

Though KPMG declined to comment, it sent POGO a report it issued in January 2019 describing how it has been trying to do better—including, as the report put it, “embarking on our journey to enhanced audit quality.”

“We are seeing progress as a result of the changes we have made and expect our PCAOB inspection findings to show improvement for the 2018 inspection year,” KPMG wrote. “We recognize, however, that there is still progress to be made in our audit quality efforts and that our quality efforts will require constant vigilance.”