Yesterday, the Justice Department unsealed its indictment of Julian Assange, founder of WikiLeaks—the organization that released classified materials on the wars in Iraq and Afghanistan as well as a large trove of State Department cables—following his arrest by British police at the Ecuadorian embassy in London. The rapid series of events has left constitutional law experts and journalists alike asking: Is this an isolated case of legitimate criminal charges being brought against someone who, independent of those charges, happens to be a controversial media figure, or does it constitute an attack on the free press?

Assange was not indicted for his publication of classified materials—an action that would have been an overt attack on press freedom of enormous consequence—but rather for allegedly conspiring with Chelsea Manning to attempt to violate the Computer Fraud and Abuse Act, the nation’s main anti-hacking law. In broad terms, the act prohibits individuals from using computers to gain unauthorized access or exceed authorized access to data and information. The indictment alleges that Assange conspired with Manning to help her crack a password and use it to obtain unauthorized access to an administrator account in Department of Defense systems, which in turn would allow her to better conceal her removal of classified materials.

On its face this seems to clearly distinguish Assange’s activities from those protected by the First Amendment. Simply put, assisting in cracking passwords and appropriating an administrator’s role in a computer system is malicious hacking, and is in no way responsible or protected journalistic activity. 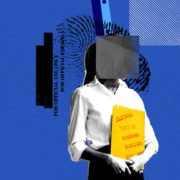 Caught Between Conscience and Career

Expose abuse without exposing your identity. This survival guide covers what federal sector employees should consider before potentially blowing the whistle.

These are not only legitimate but professionally advised journalistic practices for source protection. Indeed, the Project On Government Oversight just released a new book, Caught Between Conscience and Career, in partnership with Public Employees for Environmental Responsibility and the Government Accountability Project, that includes a chapter on digital best practices designed to help whistleblowers mask their online activities when contacting journalists, advocacy groups, or other potential allies.

Redacting documents in a manner to protect sources is such a commonly expected practice that The Intercept faced criticism in 2017 after publishing classified documents with microdots that may have exposed its source, Reality Winner. Similarly, after evidence discovered through the messaging app Signal on the phone of Senate Intelligence Committee aid James Wolfe contributed to his arrest for leaking classified material, reporters highlighted the value of setting up auto-delete functions to protect sources’ anonymity. And secure dropboxes are now a standard recommended practice for journalists. If any of these elements are determined to constitute criminal activity, there will be significant impacts on freedom of the press and the public’s right to know. Publishing classified information is generally protected under the First Amendment, as established by the Supreme Court in the landmark case involving the Pentagon Papers. Preserving the confidentiality of the sources of such information is critical to freedom of the press and accountability as well.

Presumably, the indictment cites these actions as part of the criminal charge against Assange because this is the primary evidence the government possesses to prove the means of the conspiracy. (Demonstrating “manner and means” of a conspiracy can help prove that an agreement occurred, a necessary element of proving a conspiracy charge). But absent further clarifying information and given the complexity of the indictment, it is troubling that the Department of Justice described acceptable journalistic practices as part of the “Manner and Means” of the conspiracy Assange is charged with. This could chill journalists from engaging in legitimate activities to protect sources.

But this piece of the indictment may also indicate future action. Engaging in an action “in furtherance of a criminal act” is a key element of proving a conspiracy charge, thus the government seems to be alleging that Assange conspired to violate the Espionage Act, yet is not charging him with doing so. Without more clarity, an Espionage Act prosecution against Assange for publishing classified documents, and thereby embarrassing and infuriating the U.S. government, may be an ongoing threat.

Prosecution under the Espionage Act is easily weaponized against whistleblowers.

Prosecution under the Espionage Act is easily weaponized against whistleblowers. POGO has advocated in favor of establishing a public-interest balancing test, whereby an individual facing prosecution under the Espionage Act would have the chance to highlight how their disclosure advanced the public’s interests, and potentially override the charge against them even if it was proven they released classified information.

Additionally, the Computer Fraud and Abuse Act is itself a controversial statute that is difficult to interpret, which can lead to overbroad and weaponized prosecution. Acts as common as using another individual’s Netflix account may technically constitute violations of the act. At least one overzealous prosecution under this law ended with tragic results. Notably, Assange is not even charged with any substantive crime under the overly-broad act (and the indictment contains no direct evidence Assange himself engaged in any malicious hacking activities, only that he promised to do so); instead, the indictment describes a conspiracy to violate the Computer Fraud and Abuse Act (which was, apparently, unsuccessful).

Notably, the Justice Department under President Obama previously did not pursue the case against Assange, despite a record number of prosecutions for leaks of government secrets under Obama’s presidency (President Obama later commuted the remainder of Manning’s 35-year sentence for various convictions under the Espionage Act). After President Trump took office and made prosecution of leaks an increased priority, the Justice Department issued the sealed conspiracy indictment of Assange. We would be remiss if we didn’t urge caution when evaluating the government’s claims as set forth in the indictment. When it comes to disclosures of material embarrassing to the government, the Justice Department has some history of exaggerating claims of unlawful conduct to target those who have disclosed such information. Based on that history, and without more evidence, we are forced to wonder whether the Computer Fraud and Abuse Act charge is a pretext, and merely serving as the best means available to prosecute Assange in retaliation for the releases that WikiLeaks has put out.

And that concern raises a final point: Even if the motives for Assange’s indictment are entirely legitimate, the litany of high-ranking government officials who called for Assange to be prosecuted for publishing classified documents have likely already irreparably harmed the freedom of the press. It will be virtually impossible to fully disentangle the government’s desire to prosecute Assange for his publishing activities from the government’s current prosecution of him, and as a result there will to some degree be an unavoidable chilling effect stemming from his prosecution. The country would have been far better served if these figures had acknowledged that even when damaging to the government or done by an odious individual, publication of sensitive and even classified materials (some of which may be unnecessarily classified) is constitutionally protected, and a critical part of the Fourth Estate’s role in checking abuse of power. Hopefully the unavoidable concerns about prosecution of journalists that will stem from Assange’s indictment can at least serve as a lesson for the future, and stop such misguided and damaging statements from being made again.