On February 26, the Justice Department announced that it had created a “Denaturalization Section,” to be housed within the civil division of the department. This is the latest indicator that the Trump administration is embarking on an effort to strip citizenship from naturalized citizens at a pace that is without parallel in the last 50 years. Along with this effort come violations of constitutional rights and safeguards that are meant to prevent arbitrary and abusive use of denaturalization.

Those subject to a civil denaturalization prosecution will find the government has placed a (gigantic) thumb on the scales of justice.

The naturalization process is the way a person not born in the United States voluntarily becomes a U.S. citizen. According to the Pew Research Center, as of 2015 there were nearly 20 million naturalized American citizens. Targeting these Americans for citizenship-stripping is an extraordinary measure with irrevocable consequences for individuals, families, and communities. Since the 1960s, it has largely been reserved for cases where citizenship was obtained by clear-cut fraud in extraordinary cases—for example, by concealing involvement in Nazi war crimes.

With its announcement, the Justice Department creates the impression that denaturalization will continue to be reserved for the most unsympathetic cases. The press release lists a handful of cases involving “terrorists, war criminals, sex offenders, and other fraudsters” that are ostensibly representative of the targets of this new denaturalization effort. But they are not the only people at risk—and American history demonstrates the dangers of widespread denaturalization campaigns.

In 1906, Congress passed the Naturalization Act, giving the government the authority to revoke people’s citizenship; that authority expanded and evolved through subsequent laws and court decisions. Between 1907 and 1967, the federal government stripped more than 22,000 Americans of their citizenship. Some were targeted because of race and gender. In 1907, Congress passed a law revoking the citizenship of any American woman who married a foreign man. Some Indian Americans lost their citizenship following a 1923 Supreme Court ruling that Indians did not legally qualify as white, at a time when U.S. law restricted naturalization to “free white persons” or persons “of African descent.”

Americans also lost their citizenship on ideological grounds. One of the most infamous examples is the activist Emma Goldman. Goldman, who came to America in her teens, lost her citizenship in 1909 and was deported 10 years later, as part of series of law enforcement raids around the country against alleged “radicals” and leftists by Attorney General A. Mitchell Palmer. Thirty-three years later, amid Senator Joe McCarthy’s Red Scare, Congress passed the McCarran-Walter Act, also known as the Immigration and Nationality Act of 1952, which permitted citizenship-stripping and deportation for “subversive activities.” 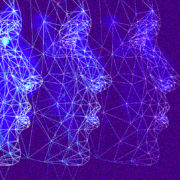 On the one hand, facial recognition can serve as a vital law enforcement tool to fight terrorism and crime. But the promise of this technology must be balanced with the imperative to protect constitutional rights and values, including privacy and anonymity, free speech and association, equal protection, and government accountability and transparency.

Then, after the McCarthy era, the Supreme Court began to place legal limits on denaturalization, culminating in the 1967 case Afroyim v. Rusk. The court held that the 14th Amendment’s citizenship clause—which provides that “all persons born or naturalized in the United States, and subject to the jurisdiction thereof, are citizens of the United States and of the State wherein they reside”—prevented Congress from taking away a person’s citizenship without the person voluntarily relinquishing it.

A footnote to the Afroyim decision contained one exception: “Naturalization unlawfully procured can be set aside.” But this exception was rarely invoked. Experts estimate that between 1968 and 2013, there were fewer than 150 denaturalization cases.

The Justice Department’s recent announcement is the latest in a series of ominous signs from the Trump administration that this trend may soon radically shift.

The numbers are still relatively low. But they are likely to increase, possibly dramatically. The Department of Homeland Security has been scanning decades-old fingerprint cards in an attempt to uncover whether immigrants were naturalized despite having previously been ordered deported under another identity, in programs known as “Operation Janus,” which began at the end of the Obama administration, and “Operation Second Look.”

According to fiscal year 2019 budget documents, the Department of Homeland Security sought 300 additional special agents and 212 support personnel largely in part to bolster the Janus and Second Look operations, at a cost of about $207 million. This resulted in what a Justice Department budget document called a “staggering” projected increase in number of cases referred to the department: from a historic average of about 30 potential denaturalization cases a year, to a projected 324 cases for fiscal year 2019 alone.

Increasingly, the Justice Department is seeking to strip citizenship for minor offenses or inadvertent errors in naturalization paperwork.

There are already signs that, contrary to the Justice Department’s February 26 press release, the department is not filing denaturalization cases only against “terrorists, war criminals, sex offenders, and other fraudsters.” Increasingly, it is also seeking to strip citizenship for minor offenses or inadvertent errors in naturalization paperwork.

One of the cases the department touts in its press release is the denaturalization of Guillermo Mondino, who was “convicted of conspiring to defraud the U.S. Export-Import Bank of more than $24 million.” But the press release does not mention the recent denaturalization of Norma Borgoño, Mondino’s former office manager. Borgoño is a 65-year-old grandmother with a rare kidney disease that could prove fatal if she does not receive a transplant. She was a “minimal participant” in her boss’s fraud, as the government acknowledged when she pleaded guilty to a misdemeanor, and she provided the Justice Department with evidence that it used to convict Mondino.

Nonetheless, in 2018 the government filed a civil lawsuit seeking her denaturalization, arguing that she had lied in her application for citizenship in 2007—years before her conviction, but after she began preparing false documents at Mondino’s direction. Specifically, Borgoño had answered “no” to the following question in 2007: “Have you ever committed a crime or offense for which you were not arrested?” [Emphasis in original]

Because Borgoño pleaded guilty—with no idea that doing so could threaten her citizenship, according to her family—the government did not need to prove that she knew in 2007 that her conduct was criminal. On February 13, 2020, the district court ordered her denaturalization, under a settlement whose terms have not yet been made public.

There are two ways for the Justice Department to seek denaturalization. It can pursue criminal prosecutions under Title 18, Section 1425 of the U.S. Code, which makes it a crime to unlawfully procure U.S. citizenship, or it can file civil lawsuits under Title 8, Section 1451(a). Unlike prosecution of a criminal denaturalization case, civil denaturalization proceedings do not carry a risk of jail time. However, a civil proceeding also affords far fewer procedural protections to defendants and raises serious constitutional concerns.

A Justice Department document from July 2017 notes that one of the “benefits” of pursuing civil instead of criminal denaturalization is that “many of the due process protections afforded in a criminal proceeding, such as a jury trial and a right to counsel, are not mandated. Moreover, there is no statute of limitations for bringing a civil denaturalization.” This means that a person many be stripped of their citizenship decades after becoming a U.S. citizen. There are other procedural differences too: the defendant does not have the right to confront the witnesses against them; the burden of proof, while higher than in a normal civil proceeding, is lower than in a criminal case; and discovery is much more limited.

It is no wonder the government boasts that it has a 95% success rate in stripping citizenship through civil proceedings since such cases dispatch with any pretense of fairness or due process.

There are at least two known cases of a federal court revoking a person’s citizenship without any participation of the naturalized citizen, both arising out of “Operation Janus”: Baljinder Singh lost his citizenship in January 2018, and Rashid Mahmood lost his this February. Because they did not respond to the government’s allegations that they had deliberately concealed past deportation orders, the court assumed in both cases that the government’s version of the facts was correct. But as one law review article points out, Singh may not even know that he has lost his citizenship. It is also quite possible that Mahmood does not know it either.

It should not be possible for the government to so easily revoke someone’s citizenship. Citizenship-stripping—whether through a criminal or civil proceeding—is a severe sanction. With the loss of citizenship comes the loss of the right to vote, to hold a job, or even live in the United States. In some cases, as the Supreme Court’s Afroyim v. Rusk decision put it, the “loss of citizenship can mean that a man is left without the protection of citizenship in any country in the world.”

We don’t know how far the Justice Department’s denaturalization efforts will go. In fact, it’s extremely difficult to track these cases at all, because most of the case files are not accessible in the federal courts’ online records system. But it is clear that those subject to a civil denaturalization prosecution, no matter how trifling the allegation of “fraud,” will find the government has placed a (gigantic) thumb on the scales of justice. Even if the numbers remain relatively low, the deprivation of citizenship without due process is unacceptable—as is the chilling effect it will have on millions of other naturalized citizens.