The U.S. Court of Appeals for the DC Circuit recently heard arguments in a case that could shape the future of congressional oversight. The case, Committee on the Judiciary v. McGahn, involves a fundamental dispute over the balance of power between Congress and the executive branch when it comes to oversight. In the course of its investigation last spring to determine whether to impeach President Donald Trump, the House Judiciary Committee tried to force former White House Counsel Don McGahn to testify, and McGahn refused citing instruction from the Justice Department. The case may be one of the last opportunities to push back on decades of presidential intransigence and hardball in the face of crucial oversight efforts. The DC Circuit must not only assert the judiciary’s role in defining the separation of powers but also ensure that the executive branch doesn’t get away with keeping vital information from Congress and the public.

Although he had received a congressional subpoena ordering him to testify, McGahn refused to even appear before the Judiciary Committee. Instead, he claimed that as a former adviser to the president, he enjoys lifetime immunity from testifying before Congress. The committee sued to force McGahn to obey the subpoena, and the district court rightly ordered him to appear, rejecting the notion that McGahn enjoyed immunity. However, on appeal, a three-judge panel of the DC Circuit unexpectedly threw out the case, arguing that the federal judiciary doesn’t have the power to weigh in on disputes between Congress and the executive branch. As a result, the stakes of the case are now even higher than whether McGahn has to testify. Also at issue is whether Congress can use the courts to enforce its subpoenas at all.

The problem with the panel’s decision is that it helps further entrench a decades-long campaign by the executive branch to cut off congressional oversight and make it harder, and in some cases essentially impossible, for Congress to get the information it needs to fulfill its constitutional duties. The specific claim in this case, that presidential advisers are immune from congressional subpoenas, dates back to 1971 and has been advanced by administrations from both parties. But unlike many aspects of the legal framework of the separation of powers, testimonial immunity for presidential advisers isn’t discussed in the Constitution. Nor does it come from Supreme Court precedent. The sole source of the argument is the Justice Department’s Office of Legal Counsel, a small team of lawyers that interprets legal issues for the executive branch.

When the office first came up with this notion, it described its conclusions as “necessarily tentative and sketchy.” Over the decades, though, the office has issued new opinions on the subject, each one relying on the office’s prior work, and each time getting more and more confident in its claims despite basing them on a lawyerly equivalent of a game of telephone. Conveniently, now when the office cites its 1971 memo, it leaves out the part about the sketchiness of its original conclusion. 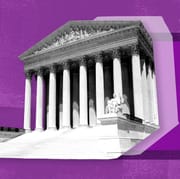 Want more like this in your inbox? Sign up for Sidebar: quick takes on pressing constitutional issues found in today's headlines, sent every Thursday.

The courts are typically the appropriate venue for sorting out whether the government’s legal claims hold water. If the current ruling stands, though, Congress won’t have that option going forward. The practical effect of that situation would be that the Office of Legal Counsel’s word goes, even if, as we believe, it’s completely wrong. If the courts won’t step in, the status quo means that future presidents can continue to thumb their noses at Congress, no matter how important the inquiry is.

It’s crucial to recognize that this case didn’t arise in a vacuum, but is just the latest iteration of the executive branch’s concerted efforts to subvert checks and balances and thwart oversight. An examination of all the facets of this effort makes it clear just how extreme the government’s position is. The reason the House had to file its own lawsuit is that the Justice Department has already claimed that federal prosecutors don’t have to enforce the statute that makes it a crime to disobey a congressional subpoena if an executive branch official is the one violating the law. Combining this policy with the current ruling in the McGahn case means there is no way to enforce a congressional subpoena against an executive branch official in court.

While the best case scenario for congressional investigations is for people or agencies to turn over information the first time they’re asked, the reality is that the process is often contentious. As a result, subpoenas, including those issued to executive branch entities, are an essential tool to enable effective oversight, and have played a role in numerous high-profile investigations over the years. In recent decades, for instance, Congress has needed to issue subpoenas in the course of investigations into the failed “Fast and Furious” gun-running operation, the politicized firings of federal prosecutors, corruption in Boston’s FBI office, and the administration of the Environmental Protection Agency’s Superfund program.

An important detail to consider in the current situation is that the executive branch seems to be trying to have its cake and eat it too. At nearly the same time Justice Department lawyers were arguing in court that Congress couldn’t go to court to enforce its subpoenas, White House lawyers were arguing on the floor of the Senate that the impeachment case against Trump should be rejected because the House hadn’t gone to court to enforce its subpoenas. Meanwhile, the Supreme Court is preparing to hear a pair of cases in which lawyers representing Trump, with the backing of the Justice Department, are arguing that Congress lacked the authority to even issue a separate set of subpoenas for documents related to the president’s finances.

Some, including the Justice Department lawyers representing McGahn, argue that there’s no problem with a situation where the courts can’t enforce congressional subpoenas against executive branch officials because Congress has other ways to punish people who disregard its orders.

There’s an element of truth in this. Congress’s power to investigate comes from the Constitution itself, as the Supreme Court has recognized for over a century. As we’ve discussed before, that means Congress has inherent powers to get the information it needs without help from the other branches, including by punishing people who defy its subpoenas. Regardless of the outcome in the McGahn case, we believe Congress should be more willing to use those tools. In the past, the House or Senate sergeant-at-arms has actually arrested and imprisoned people who have been held in contempt of Congress. Congress has other tools available too. We’ve supported suggestions that Congress can issue fines as a step short of arresting people. Congress also has the power to appoint attorneys to prosecute the criminal contempt statute that the Justice Department won’t enforce.

The Justice Department argues that the only valid way for Congress to incentivize executive branch officials to comply with its subpoenas is to use its “political powers.” In other words, it can refuse to confirm nominees, block legislation, withhold agency funding, or shut down the government until it gets the information it needs. Congress absolutely has those powers, as they come from its core legislative prerogatives. And while defunding runs the risk of being a blunt instrument that negatively affects more than the office or official obstructing oversight, we believe it could be done in a tailored way that doesn’t affect an agency’s broader operations—for instance, defunding a political appointee’s office. Congress has used, and should continue to use, those powers to give its investigations teeth. 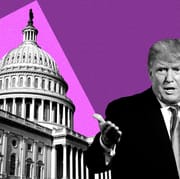 The pardon power is expansive, and presidents have used it legitimately in a wide variety of circumstances over the centuries. But the power is not a blank check for a president to circumvent the rule of law.

However, it’s also absurd that the executive branch thinks this should be Congress’s only option. A system in which Congress has the choice of either gumming up the workings of government to carry out its constitutional responsibilities or resigning itself to allowing a government that operates without oversight at all—with all the waste, fraud, and abuse of power that would entail—can’t be what the framers of the Constitution intended.

Beyond the delicacy of cutting funding without jeopardizing important programs, this approach contains several hurdles to successful congressional investigations. Most importantly, defunding an office requires legislation that both chambers of Congress would have to vote on—and do so by a veto-proof majority, since a president would be unlikely to sign such a bill. Typically, each chamber of Congress carries out its own oversight efforts independently, so needing to get both chambers to buy in would represent a major change in how oversight works.

Oversight continues to be as vital as ever in light of current events. As in any crisis, Congress will have a key role to play in analyzing the government’s response to the pandemic so the country is better prepared in the future. Meanwhile, the hundreds of billions of dollars authorized in emergency relief legislation are prime targets for waste, fraud, and abuse. Congress needs access to information, including from highly placed members of the executive branch, to evaluate the government’s response and monitor its ongoing efforts. This is not the time to close off an avenue for Congress to access the information it needs.

If the executive branch’s campaign succeeds, it’s easy to imagine how Congress will be irreparably hobbled. Even now, two congressional committees are investigating Jared Kushner’s role in the federal government’s seizure of medical equipment that states had ordered for themselves. Kushner is certainly a “close presidential adviser,” so by the Justice Department’s logic, he wouldn’t have to testify if he doesn’t want to, and prosecutors wouldn’t have to go after him for being in contempt of Congress. The House couldn’t sue him to force him to comply, and if it arrested him, the Justice Department would try to free him. The House doesn’t vote to confirm nominees, so it couldn’t use that as a lever. According to the lawyers at the Justice Department, the House’s only options would be to give up or to defund parts of the Executive Office of the President or the Federal Emergency Management Agency, which carried out the seizures.

The DC Circuit has the power to prevent that scenario from becoming the default way to conduct oversight by restoring the option for Congress to sue to enforce its subpoenas. While judges might view a decision that leaves them out of oversight disputes as a desirable way to avoid conflict, Judge Patricia Millett rightfully observed during oral arguments on this case that “a decision either way may not be fairly described as neutral.” Leaving the current ruling in place will entrench the executive branch’s long-running campaign against Congress’s legitimate oversight powers. The court needs to pick a side, as it does in every case that comes before it. And in this case, it ought to side with Congress and accountability.