In theory, even if the government auctions offshore drilling rights for a song, taxpayers could benefit.

That’s because the Interior Department collects royalties on the oil and gas that energy companies extract from federal property. The royalties are meant to ensure that the public shares the wealth that flows from public resources.

However, the Interior Department has a history of letting energy companies have their cake and eat it, too—by issuing drilling rights at liquidation-sale prices and cutting companies a break on royalties.

The government has foregone royalties as a matter of deliberate policy. It has also had a variety of troubles collecting royalties. For a while, it used a slipshod system to collect them, allowing itself to get shortchanged. In some instances, it has fumbled, letting companies off the hook. And, in still other cases, companies knowingly underpaid, the Justice Department has alleged. The Project On Government Oversight has reported extensively on those problems over the years. 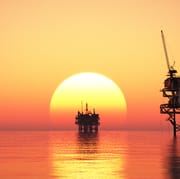 The Interior Department’s flawed system for auctioning offshore leases has allowed oil and gas companies to secure drilling rights for a pittance at the expense of the American people, to whom the resources belong, a POGO investigation found.

The Government Accountability Office (GAO) has estimated that federal revenues foregone through one particular royalty snafu could total billions of dollars, if not tens of billions.

The policy of reducing or forgiving royalties has taken different forms over the years and is generally known as “Royalty Relief.”

Under the Trump Administration, more “relief” may be on the way.

The committee is scheduled to meet in Houston on February 28, and at that meeting it may vote on recommendations, according to a notice in the Federal Register.

“The Secretary seeks to ensure the public receives the full value of the natural resources produced from Federal lands,” the committee’s charter says.

A Trump appointee who serves on the committee has signaled that the goal is “to make certain the royalty rate the government charges is competitive.”

“And it’s important to understand what was competitive yesterday may not be competitive today,” Scott A. Angelle, Director of the Bureau of Safety and Environmental Enforcement (BSEE), said in the prepared text of a December speech.

POGO obtained a video of the September speech, which was delivered to the Louisiana Oil & Gas Association, through the Freedom of Information Act.

“It ought to be about lowering royalty rates to get more production under the Reagan model that if you cut taxes you end up with more revenue for the government,” Angelle said.

(Angelle appeared to be repeating a myth about Reagan-era tax cutting. Citing research conducted by the Treasury Department during the George W. Bush Administration, The Washington Post’s Fact Checker has reported that “the tax cut itself was a money-loser for the government.” In response to an inquiry from POGO, BSEE spokesman Gregory Julian said Angelle’s statements “were very general and intended to be thought-provoking.”)

The government sent another signal that royalty rates could be in play while seeking public input for a new five-year plan on offshore leasing. It said royalty rates and “structures” were “subject to change.” In a January draft of the plan, the Interior Department said it was considering an alternative to the current royalty system. 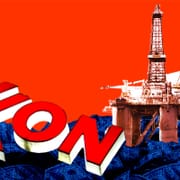 There’s a lot of money on the line. Data POGO obtained from the government for fiscal years 2003 through 2016 tell the story. Over that 14-year period, under U.S. offshore leases, energy companies extracted oil and gas worth $547 billion. The royalties paid to the federal government on those sales amounted to $99 billion.

In the run-up to the most recent auction of drilling rights in the Gulf of Mexico, the Trump Administration sweetened the deal for bidders by lowering the royalty rate on wells in relatively shallow water by a third, from 18.75 percent to 12.5 percent.

Within parameters, the government has been willing to go even lower.

A 2007 letter from the Louisiana state government to the Interior Department bemoaned a federal “royalty relief” policy that allowed the royalty rate for certain deep water drilling “to go as low as a 0%.”

“It seems imprudent for the federal government to allow the oil companies to take the people’s minerals completely royalty-free.”