In a perplexing announcement, Department of Housing and Urban Development (HUD) Secretary Ben Carson notified staff through an email earlier this month that Assistant Secretary for Administration Suzanne Israel Tufts, “has decided to leave HUD to become the Acting Inspector General at the Department of Interior.” This statement led to confusion as to whether or not Interior’s Office of Inspector General would have a new leader who hadn’t gone through the normal confirmation process.

The situation now seems resolved, with the leadership change not in the works. However, the possibility of such a move raised questions that underscored the need for Congress to enact reforms to ensure our nation has a full slate of independent, permanent inspectors general.

The Interior Department has lacked a permanent, confirmed inspector general for nine years.

The Project On Government Oversight recently stated that the announcement was both odd and concerning. First, Interior already has an acting inspector general—Mary Kendall—who has served in that role for over nine years. She has not announced plans to leave her position. Second, and perhaps most concerning, Tufts had little government oversight experience.

Press stories pointed out that the Interior Office of Inspector General has multiple ongoing investigations that involve Secretary Ryan Zinke, such as possible undue influence on the Secretary by large business interests. Further, on October 22, the Inspector General released a report about possible abuse involving travel by the Secretary and his wife. The political nature of Tufts’ current position as HUD Assistant Secretary raised concerns that the independence of these investigations would be compromised.

The Inspector General Act of 1978 determines who is chosen to lead these cornerstone oversight offices. The Act states that each head should be appointed, “without regard to political affiliation.” Congress wrote the law with the clear intent that our nation’s watchdogs be nonpartisan and independent of the all-too-normal political gamesmanship found in Washington, DC. Further, inspectors general are designed to have independence from their parent organizations, and must be free to investigate wrongdoing without interference.

The naming of an “acting” inspector general is also subject to the Federal Vacancies Reform Act. This law, established in 1998, determines who can handle the duties of vacant positions that are presidentially nominated and Senate confirmed, also called “advice and consent” positions. Congress wanted to place limits on how long a president could fill these positions without going to the Senate for confirmation. For example, the law allows a person currently serving in one confirmed position to temporarily perform the duties of a different, vacant position that also requires Senate confirmation. This would grant President Trump the power to bypass the Senate and name Tufts acting inspector general.

However, the Federal Vacancies Reform Act is also very clear on a key point regarding any new assignment of an already confirmed appointee: this is a temporary assignment of 210 days (it can be extended for additional, limited durations under certain circumstances). The intent of Congress with the Act was to press a President to use the confirmation process in a timely manner. The law does allow an exception for someone leading an inspector general office, but only the individual who was serving as a deputy to the Senate-confirmed inspector general at the time of the inspector general’s departure is covered under the exception. This is the reason Kendall could, under the law, handle the position for nine years (although the rules also say she cannot use the title of “acting”). 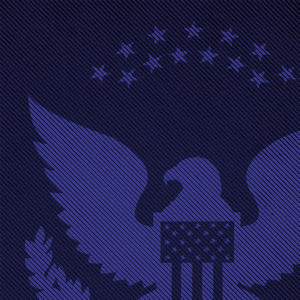 The Watchdogs After Forty Years: Recommendations for Our Nation's Federal Inspectors General

The announcement by Secretary Carson was confusing for a number of reasons, all pointing to the importance of following a clear process. First, by law only the President may make the assignment of a new acting inspector general under the Federal Vacancies Reform Act. However, the White House never clarified the situation while Secretary Carson’s announcement was the subject of discussion in the press. Also, temporarily installing a political appointee as an “acting” inspector general while there are several ongoing investigations involving the Interior Secretary is, at best, problematic. At worst, this would taint any findings.

POGO has raised concerns about long-standing inspector general vacancies. The significant vetting process permanent inspectors general go through is important in helping instill confidence among Congress, agency officials, whistleblowers, and the public. Vetting ensures that that the office leadership has had a thorough review, and that the inspector general is truly independent.

Interior has lacked a permanent, confirmed inspector general for nine years. And long-standing vacancies are not limited to Interior; there are 14 other vacant inspector general positions across the federal government.

This summer POGO laid out a series of recommendations for inspectors general. The Watchdogs After Forty Years: Recommendations for Our Nation’s Federal Inspectors General describes steps for strengthening inspector general independence and effectiveness by establishing new requirements, tools, and authorities.

Among the recommendations, POGO proposes that Congress amend the Federal Vacancies Reform Act to allow an outside entity, such as a federal judge or a panel of inspectors general appointed by the Council of Inspectors General on Integrity and Efficiency, to select temporary inspectors general from a list of pre-recommended candidates. The Council is already required to compile a list for the President under law. This selection and placement would take place after the deputy inspector general’s term as “acting” reaches its limit pursuant to the Federal Vacancies Reform Act and would only last until the confirmation of a presidential nominee to the post. By allowing such a selection process, Congress would ensure that whoever is leading the office benefits from a necessary barrier of independence.

There is a silver lining to the recent confusion caused by Secretary Carson’s announcement about a replacement for the Department of the Interior’s acting inspector general: the vulnerabilities of the system for appointing inspectors general under current law have been highlighted. Congress should take note and improve the relevant statutes to ensure strong and effective oversight by our federal watchdogs.