In 2018, the 73 federal agency inspectors general made more than 7,000 recommendations to eliminate billions of dollars in potential waste and fraud, address possible missteps and wrongdoing by government officials, and mitigate risks to the health, safety, and rights of the public.

But do agencies take the necessary actions in response to the IGs’ recommendations? Unfortunately, far too often the answer is “no.” Thousands of recommendations languish in agency inboxes and remain unimplemented.

The inspectors general are an important institution that provide vital perspectives on both overarching challenges and specific problems. It’s time to shine a brighter light on their work.

Fortunately, there are ways for inspectors general to bring much-needed additional attention to their work. 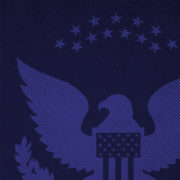 Oversight The Watchdogs After Forty Years: Recommendations for Our Nation's Federal Inspectors General

The Project On Government Oversight has suggested a number of steps to strengthen federal inspectors general. Some, such as changing the law to ensure IGs’ independence and provide them with greater authorities, require congressional action. But even without legislative action, IGs can do plenty on their own. Some have already instituted effective practices to highlight their work; others should follow suit.

While inspectors general are required to post reports with their recommendations on public websites, these really only capture the situation at the time of the report’s writing. Updates on implementation are often hard to find, and are usually only reported months after an agency takes action—if it ever does. Providing easier and timelier access to the status of recommendations would not only help Congress and the public, but could also incentivize agencies to act.

Some inspectors general have done just that by making their recommendations a highlighted part of continuous reporting to the public and Congress. For example, the websites of the departments of Transportation and Veterans Affairs inspectors general list each recommendation as part of a report dashboard, updated as new information becomes available from the agency. Even a quick glance at these webpages can give a useful understanding of the pace of progress. Other inspectors general are creating similar systems for publicly tracking recommendations.

Inspectors general at both the Defense and Homeland Securitydepartments have taken a noteworthy step others should emulate. Each now regularly publishes a compendium of unresolved and unimplemented recommendations. This transparency has sparked increased discussion with their agencies about needed changes and reforms. For example, Pentagon leadership is now meeting regularly with IG staff to discuss open recommendations.

Many federal watchdogs should rethink procedures that currently keep important work in the shadows. Each inspector general office establishes its own policies on how to release reports that include classified material or touch upon sensitive issues such as privacy concerns. Some do not even mention on their websites the existence of reports that could remain non-public, in effect censoring their own work. However, offices should make as much information public as possible. Many IGs, including the Defense Department’s, publish summaries or non-classified versions of a report. When this is not possible, the title, topic, and other basic information should be listed online, allowing Congress, the media, and the public to make an information request through appropriate channels.

The inspector general community has taken an important proactive step by establishing a governmentwide website for all IG reports, Oversight.gov. The vast majority of recent work is available in a searchable format, with links to other helpful information about federal oversight. If someone needs to find all reports on information technology security or disaster response, they no longer have to visit 73 separate websites. Further improvements, such as including more reports from past years and installing stronger search capabilities, are already under discussion.

The coming months and years will likely bring more turmoil and political controversy. The inspectors general provide vital perspectives on both broad challenges and specific problems agencies face. It’s time to shine a brighter light on their work.