This piece originally appeared on The American Conservative.

Needless to say, Steve Carell’s starring role in the upcoming space warfare comedy “Space Force” will do little to bolster the credibility of the real Space Force program, a proposed sixth branch of the military championed by the Trump Administration. In fact, its trailer-announcement pretty much spoofs the real proposal:

Amid reports showing that the Pentagon reorganization would cost taxpayers tens of billions of dollars over the next several years, officials, lawmakers and multiple experts are now questioning this far-fetched proposal. Building space warfare capabilities through a separate military branch would do little to bolster American strength, and simply get in the way of current efforts to defend American interests above the clouds. To go further, bilking taxpayers for a new, nonsensical branch of the military would make America less safe, and deepen the black hole of Pentagon waste.

Of course, ambitious plans for space warfare are nothing new. President Reagan’s Strategic Defense Initiative (SDI, dubbed “Star Wars” by critics) dedicated funding for studying the feasibility of space-based laser missiles before the American Physical Society concluded in 1987 that such technologies were decades away from realization. President Trump has repeatedly called for a successor of sorts to the SDI, and has tasked the National Space Council (chaired by Vice President Pence) with creating recommendations for creating a Space Force. 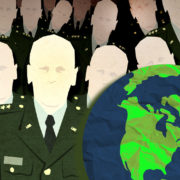 Space might be the final frontier, but it is also now on the verge of becoming a well-worn bureaucratic path. Military and civilian leaders are currently working through the details of proposals to create an independent service dedicated to space within the next two years. This would be the first new military branch since the Air Force spun off from the Army in 1947.

The council’s recommendations, which included the creation of Space Force with a dedicated funding stream starting in fiscal year 2020, were cemented in a policy directive signed by President Trump on February 19. The Trump Administration’s fourth Space Policy Directive directed the Pentagon to draft legislation for Congress to establish the Space Force within the Department of the Air Force as a temporary measure, and then implement a timetable for transitioning the Space Force to become a separate department.

Even if the Space Force stayed within the Air Force for the foreseeable future, costs would likely mount quickly for taxpayers. In November, the Center for Strategic and International Studies unveiled a report estimating how much a sixth branch would cost under a variety of scenarios. Even in the permanently-under-Air Force scenario, the Space Force would cost $11.3 billion annually, with $11 billion ostensibly coming from existing accounts. But shifting around (“reprogramming”) money leads to less accountability by Congress.

Shortly after the passage of a nearly $660 billion Pentagon budget for FY 2018, the assistant commandant of the Marine Corps at the time, Gen. Glenn Walters, commented that, “the Pentagon is not going to be able to spend all the money [in fiscal year 2018]… We are going to set a record for reprogramming requests starting about the second half of this year.”

Veteran Pentagon-watchers know that no matter what budgetary maneuvers are used, any and all cost estimates from the services must be taken with a healthy dose of skepticism. The late Ernie Fitzgerald, an Air Force civilian analyst and early Pentagon reformer, used to say that every military program passes through two stages. At first, it’s too early to tell whether or not the performance goals will be met at their estimated costs. Second, it becomes too late to stop once the political and financial concerns overtake concerns of the inevitable upward-spiraling costs and corresponding reduced performance expectations.

A new service, flush with the confidence that it represents the future of warfare, would undoubtedly spend vast sums of taxpayer dollars attempting to secure its own identity. Space Force leaders will argue they will need everything from new buildings to uniforms, to say nothing of glitzy acquisition programs in between. 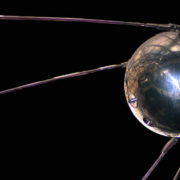 While dreams of space-based lasers and “brilliant pebbles” that could destroy enemy missiles remain a dream, the prospect of war keeps creeping ever higher into the stratosphere.

As a general rule, real Pentagon spending can be predicted by doubling the original cost estimates used to sell a program. This trend will likely be worse with an independent Space Force. Acting Defense Secretary Patrick Shanahan is already interested in building a rapid capabilities office “on steroids” inside the existing Space Development Agency. This would allow the Pentagon to avoid many of the oversight steps meant to protect the interests of service members and taxpayers. Doing so would greatly exacerbate the problems Mr. Fitzgerald warned us about 50 years ago.

To be clear, America does have a role to play in securing space against aggressive foreign powers such as China and Russia. China’s missile tests in space, targeting their own aging satellites, are a wakeup call that American and European satellites are vulnerable at a time when satellites are more important than ever for communications, navigation, and weather forecasting. But the U.S. military’s advanced interceptor technology already allows Navy warships sailing around the world to shoot down ballistic missiles in space without a dedicated space military branch and the bureaucracy that comes with it.

Instead of record Pentagon spending requests and corresponding money shifting, the Department of Defense and Congress need to work together to achieve a smarter, consolidated force. The rationale for creating a separate service for space operations remains dubious at best. The Space Force would not be sending starships filled with Space Marines to capture distant solar systems. Its operations would be limited to supporting the missions of the existing services.

With that thought in mind, Congress and the Department of Defense should carefully evaluate the specific space operation needs of each service and ensure they are adequately organized and resourced to provide their own space support. But creating an independent service devoted to space would add further bulk to the already bloated Pentagon bureaucracy without a corresponding capability increase.

Americans deserve a capable, robust fighting force, not a needless new branch of the military worthy of a Netflix parody.