The Project On Government Oversight has obtained new details about legal opinions from the Justice Department’s secretive Office of Legal Counsel (OLC), including 13 previously unreleased memo titles, and the dates of memos whose titles remain redacted. Obtained through the Freedom of Information Act (FOIA), the newly released memo titles reveal some of the subjects this influential office has considered in the last two decades, from war powers to the board of the Kennedy Center.

If Congress believes a law is clear, but the OLC secretly interprets it differently, it undermines Congress’s constitutional authority to create laws.

OLC interprets the law for executive branch agencies, issuing memos the agencies often use to guide policymaking and are expected to follow. The office’s opinions have been instrumental in greenlighting numerous controversial—and, in some cases, arguably unconstitutional—policies and programs, including torture, warrantless mass surveillance, and drone strikes. Critically, many OLC opinions are never made public, or even made available to Congress. The new records reflect the latest progress in POGO’s continuing efforts to chip away at this office’s excessive secrecy.

The 13 titles POGO obtained come as part of the most up-to-date listing of official OLC legal memos dating back to 1998, although the list remains far from comprehensive. The material POGO obtained ranges from a 2001 title on the “Kennedy Center Board of Trustees” to more politically charged titles from 2001 and 2003, respectively, on “The Constitutional Separation of Powers Over Foreign Affairs and National Security,” and “The President’s Authority to Provide Military Equipment and Training to Allied Forces and Resistance Forces in Foreign Countries.”

Some of the newly public titles were not present on previously published lists, even in redacted form. Four correspond with public attorney general rulings in immigration appeals from 2005 and 2008 (one, two, three, four). The attorney general usually delegates these decisions to the Board of Immigration Appeals, but has the authority to review cases and overrule the board and, per the regulations governing OLC, may consult the office on these decisions. The titles of another four memos, issued between 2007 and 2013 and not included on previous lists, are redacted (one, two, three, four).

The list also reveals when memos with redacted titles were issued—and in some cases reveals the authors—which is a small but significant step that makes it easier to keep track of them. Until POGO’s appeal on a separate FOIA request last year, the office did not release the dates or authors of redacted entries, making it nearly impossible to keep track of them.

Even so, the new list is clearly incomplete. At least 41 memos available on OLC’s website are not included on the list provided to POGO, although 3 may be included but redacted. The dates for several memos differ from what is stated on other parts of the office’s website. Given the office’s long record of secrecy, and information we know is missing from the list, there is no telling how many nonpublic records the office may have also inappropriately excluded. In response to questions about the accuracy of certain dates, a FOIA official at OLC stated that the lists “are created for internal tracking purposes and are not intended for public consumption as perfect and comprehensive lists of all OLC opinions.”

Most of OLC’s determinations “are unlikely to be resolved by the courts” and therefore “may effectively be the final word on the controlling law,” as a 2010 memo from the office notes. Outside groups have successfully forced the publication of some memos through lawsuits, but those groups generally lack the standing to challenge the actual conclusions of the memos. That, among other obstacles to challenging the secrecy or the conclusions of the memos in court, makes Congressional oversight of this office all the more important. 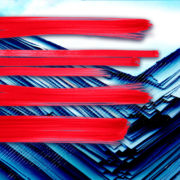 The Justice Department’s little-known but powerful Office of Legal Counsel (OLC) has published the titles and text of four previously withheld opinions as part of a larger release of opinions on its website.

OLC’s views on the law have, at times, been at odds with Congress’s views. If Congress believes a law is clear, but OLC secretly interprets it differently, it undermines Congress’s constitutional authority to create laws. The lack of judicial, Congressional, or public accountability is why many groups, including POGO, have accused the office of creating “secret law.”

The creation of secret law is particularly troubling because the office has long been widely perceived by people both inside and outside the office as too deferential to the White House, across many administrations. One attorney resigned from the office late last year because of this, writing in a January 2019 Washington Post op-ed, “I sometimes felt that, rather than engaging in professionally responsible advocacy, my OLC colleagues and I were using the law to legitimize lies.”

OLC’s opinions often weaken the power and authority of Congress, sometimes explicitly, and sometimes more subtly. And the office’s secrecy means that Congress doesn’t always know how the executive branch is interpreting laws, so lawmakers cannot effectively fulfill their constitutional responsibility to oversee the executive branch.

A significant step in the right direction would be for the office to maintain a public and comprehensive list of the titles, authors, and dates of issuance of all final opinions. While the contents of some memos may be appropriately withheld due to national security or privacy concerns, these concerns would not interfere with the publication of an accurate and up-to-date index of opinions. The Department of Defense Inspector General already does something similar, publishing basic information about all of its reports, including those that are classified.

POGO recently joined a bipartisan coalition of civil society organizations to ask the leadership of the relevant House and Senate committees to mandate the creation of such an index. Until meaningful accountability is in place, POGO will continue to advocate for greater transparency in this critical office.