A dozen states have enacted or proposed some form of restriction to law enforcement’s use of facial recognition technology in the past few years. With no federal restrictions in place, these, along with a few restrictions recently enacted by cities, are the only limits currently in effect.

The Constitution Project at the Project On Government Oversight conducted an analysis of all of the facial recognition technology bills passed or up for consideration in state legislatures this year. The map below details our findings.

Click the colored dots within each state for details about that state's facial recognition legislation. Use the rectangle button on the lower right-hand corner to enlarge the map, or scroll to zoom in and out.

Facial recognition technology is already in wide use by local, state, and federal law enforcement officers across the country. The technology poses civil rights and civil liberties concerns, and its tendency to misidentify people also creates public safety issues. In addition to public worry about the virtually unregulated use of this surveillance, Members of Congress on both sides of the aisle have expressed concerns during recent hearings on the matter. Indeed, with nearly half of American adults’ photos in law enforcement facial recognition databases, facial recognition raises a variety of concerns meriting Congress’s attention. In what could be a major step forward, bipartisan legislation to limit facial recognition may be introduced as soon as this fall. 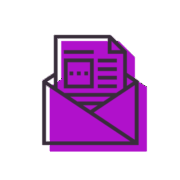 Want more? Check out Sidebar from The Constitution Project

State legislative proposals could also serve as examples of effective limits to guide the creation of feasible federal policy, and could demonstrate whether law enforcement’s and tech companies’ concernsabout imposing restrictions on the use of the technology are exaggerated. Federal lawmakers should take note of states’ efforts, especially in the absence of federal statutes governing the use of facial recognition. And if Congress does not act swiftly to pass federal legislation on this matter, the country may soon see a confusing, state-by-state patchwork of potentially vastly differing rules and limits on the surveillance. For example, one state could protect its residents by requiring law enforcement to obtain a warrant to run facial recognition scans, but if those residents traveled to a neighboring state without such protections, their basic activities could be freely logged and tracked with facial recognition surveillance systems.

Congress should consider how states and their populations are reacting to this pervasive surveillance technology, given the interconnected nature of state and federal law enforcement operations. In fact, the federal government has already accelerated state and local law enforcement use of facial recognition in a couple of key ways.

The Department of Homeland Security funds grants for state and local governments to purchase and use facial recognition technology. For example, Department grants such as the State Homeland Security Program and the Urban Areas Security Initiative Program fund facial recognition technology for state and local entities. Coordinated information sharing between states and the federal government occurs through “fusion centers,” which are locally run and jointly owned and are funded by the Department. Florida uses the Department’s information-sharing system known as the Homeland Security Information Network. In Michigan, the Detroit Police Department has used federal grant money to fund Project Green Light, a controversial surveillance program that uses facial recognition surveillance built on police cameras that blanket the city (the recent expansion of the program has sparked an intense public debate).

The FBI also aids state law enforcement agencies by granting them access to larger databases than they would otherwise have access to. The FBI, as part of a pilot program that began in 2011, began incrementally allowing a small number of states to submit facial recognition searches for comparison against a group of criminal images in the FBI’s database. Since then, states have transitioned from pilots to full-scale use of the program. In addition to this program, researchers have found that, as of May 2019, over 20 states have partnerships with the FBI to use its Facial Analysis, Comparison, and Evaluation (FACE) Services to conduct searches, and several states are in negotiations with the FBI. These searches, unlike the pilot program discussed above, draw mostly from non-crime-related images, such as driver’s license photos and visa application photos.

What limits are states putting into law?

As state legislatures consider limits on facial recognition, they should keep in mind how their own law enforcement’s actions may be providing more surveillance power to the still-unregulated federal use of this technology, particularly as it relates to coordinated searching between agencies such as the FBI and Immigration and Customs Enforcement, and the states. Numerous states allow the FBI to search through its driver license photos, and a Washington Post investigation recently found that ICE has been using facial recognition to mine state driver’s license databases. The FBI alone conducted around 4,000 searches a month on average in fiscal year 2018, with many of them coming from state driver’s license databases.

Some highlights among state legislatures include an Oklahoma law which generally prohibits the state from directly sharing biometric data with the federal government, and proposals in Washington state and Massachusetts to entirely ban, or place a moratorium, on government use of facial recognition. Other proposals dealt with restricting specific contexts where law enforcement can use facial recognition. This year, Massachusetts, Minnesota, and New York sought to limit the use of facial recognition in conjunction with officers’ use of drones. And an Oregon law, on the books for several years already, prohibits use of the technology in combination with body cameras.

Additionally, at the local level, last month Oakland, California, became the third city to enact a ban preventing any city agency, including the police department, from deploying facial recognition technology. San Francisco and Somerville, Massachusetts, banned the technology in May and June, respectively.

As momentum builds at the state and local levels, it’s time for Congress to address facial recognition surveillance at the federal level. Lawmakers will need to move quickly to keep pace with the spread of this dangerous surveillance technology.