This year’s Department of Defense budget request included six fewer F-35 Joint Strike Fighters than planned, setting off a firestorm of protests from the program’s boosters. Part of that pushback, organized by the Congressional F-35 Caucus, was a letter in support of the program signed by 128 retired senior military officers. The letter failed to disclose that 50 of the signatories stand to benefit if Congress authorizes more F-35 purchases because of their actual or potential personal or financial ties to the program.

The F-35 program is the ultimate case study of pervasive and longstanding problems in the defense acquisition system. The program is the most expensive in history, is a decade behind schedule, has breached cost caps multiple times, and is unsustainable in the long-term.

As POGO recently discovered, even the high-profile test fleet of F-35s can only perform at maximum capacity 11 percent of the time. Yet the program still enjoys widespread Congressional support. The program claims to be responsible for jobs in 45 states. Spreading contracts across so many Congressional districts—a practice known as political engineering—is one way the Pentagon tries to insulate major weapons programs from accountability. And leveraging retired military officers with links to defense contractors is just another example of how the military-industrial-Congressional complex peddles influence.

The main beneficiary of F-35 spending is Lockheed Martin, the program’s prime contractor. Retired officers who currently work or previously worked on behalf of Lockheed lobbying Congress for the program include:

“Former military leaders often provide their insight and opinion to Congress on military procurement,” a spokesperson for Lockheed Martin told POGO via email. The spokesperson did not respond to questions about any role the company had in soliciting individuals to sign the letter.

This $1.5 trillion program has a number of other contractors, which would benefit from Congress buying more F-35s. For example, Pratt & Whitney is the prime contractor for the F-35’s engine. So of course some of the company’s former executives and consultants signed on to the letter, including:

Northrop Grumman is another major partner in the program, building the central fuselage and avionics for the program. Its coterie of retired officer signatories includes:

Rolls-Royce provides the vertical-lift technology for the Marine Corps variant of the F-35. Board members and former executives from the company Included on the letter were:

Raytheon is responsible for the F-35’s Distributed Aperture System, which projects images captured by cameras mounted in the skin of the aircraft into the pilot’s $600,000 helmet. Lieutenant General Carol Mutter (USMC Ret.), who signed the letter, claimed to have been a consultant for the company in a press release though a Raytheon spokesperson said the company could find no evidence to substantiate the claim.

Another company, Draken International, provides support for F-35 training. Advisory board members for Draken who signed the letter include:

Schmidle told POGO he signed the letter because he agreed with the Department’s previous analysis to support purchasing more F-35s and did not have a financial interest in the program.

The list goes on. BAE Systems, which claims to perform 13 to 15 percent of the work for each aircraft, employs General Gene Renaurt (USAF Ret.) as a consultant and has Admiral Robert J. Natter (USN Ret.) on their board. ViaSat, which holds a contract for the F-35’s reprogramming lab, counts Major General Darryl Burke (USAF Ret.) as a vice president. General William Looney III (USAF Ret.) was on the board for Cubic Defense, which provides the F-35’s combat training system. General Robert Magnus (USMC Ret.) chairs the board of Elbit Systems, which co-manufactures the F-35 helmet display. Major General Gregg Sturdevant (USMC Ret.) was a director of sales and business development for TRU Simulation and Training, which creates maintenance training systems for the F-35. 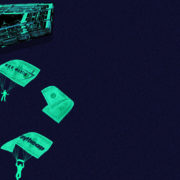 Brass Parachutes: The Problem of the Pentagon Revolving Door

Pentagon officials captured by the contractors they oversee are skewing our spending priorities and foreign policy.

In one case the boosterism may have been motivated by wanting to help a family member. Major General Henry Canterbury’s (USAF Ret.) son oversees operations and training for the program for the Air Force at Luke Air Force base.

Federal ethics laws include permanent restrictions on executive branch employees who participated “personally and substantially” on a “particular matter” involving a specific party influencing federal agencies, but these restrictions do not apply to attempts to influence Congress.

Some signatories previously worked on the F-35 program for the government. Major General David Heinz (USMC Ret.) was previously the F-35 program manager. Lieutenant General Terry Robling (USMC Ret.) oversaw the program as deputy Marine Corps commandant for aviation. He left government to work for PKL services, which provides support for basing and ship suitability for the Marine Corps variant of the F-35.

Other officers who signed on to the letter benefit from these companies more indirectly. For example, Lieutenant General David Deptula (USAF Ret.) and Major General Larry Stutzriem (USAF Ret.) work at the Mitchell Institute for Aerospace Studies, which receives funding from Lockheed Martin and Pratt & Whitney.

A number of others are or were paid consultants for the defense industry who have opted not to—and are not legally required to—disclose who their current or prospective clients are, making it difficult to see if they have a financial interest in signing on to the letter. They include:

Some of the signatories to the letter are in the Project On Government Oversight’s Pentagon Revolving Door Database, and others would likely appear in the Defense Department’s own ethics database—though we have no way of knowing, because that database has not been made available to the public. Information about all of these former officials’ connections to defense contractors should be publicly available: taxpayers and lawmakers need to know who’s influencing spending decisions and what interests they’re representing.

Letters from former Defense Department officials putting pressure on Congress are commonplace, but considering that their new private sector employers are the beneficiaries, let’s not be fooled into believing this is for the good of the agency, readiness, or the troops.