The Environmental Protection Agency (EPA) published a new final rule in late June updating its regulations implementing the Freedom of Information Act (FOIA). The agency had issued no prior notice that it was working on the rule; nor did it give the public any opportunity to weigh in on proposed changes, as usually would occur for federal regulations. Instead, the EPA directly issued a final rule, citing a regulatory loophole called the “good cause exception” that allowed the agency to skip the usual procedures. The rule included provisions that FOIA advocates fear could give political appointees more control of responses to open records requests and new authority to withhold information—problems that could have been raised and corrected in a public comment process.

The contradictory statements in the EPA’s response have implications for environmental groups’ suit against the EPA, likely strengthening their claim that the agency’s rulemaking process violated the law.

Now, four months later, and after its rulemaking process sparked objections from lawmakers and environmental groups alike, the EPA has added a new wrinkle to the matter. In an October 23 response to a letter from a member of Congress, the EPA undercut its own reasoning for skipping the notice and comment period, effectively proving that it should not have done so. The agency’s response fuels concerns that its rulemaking process may have violated the Administrative Procedure Act, a law that defines how federal agencies must make decisions.

Let’s take a step back and examine the flaws in EPA’s reasoning, and what’s happened since the EPA issued its rule.

The good cause exception allows agencies to skip public notice and comment for regulations and to simply issue final rules if holding a public comment period is unnecessary or impractical. Agencies claim this exception infrequently, and typically reserve the method for emergencies or rules where the changes are so minor—such as changing a date or adding an email contact for companies to submit filings—that there wouldn’t be much substance on which the public could offer comments.

The EPA contended that its new rule was merely implementing requirements of new laws Congress had passed concerning FOIA and that because the changes were legally required, the agency had no discretion to do things differently even if public comments raised important concerns. The agency stated in the rule that “notice and opportunity for comment on the revisions identified below is unnecessary because the agency lacks discretion to reach a different outcome in response to comment.” Therefore, according to the agency, the good cause exception applied and the agency could do without a public comment period.

The EPA was indeed overdue to update its FOIA regulations, which it had last done in 2002, to comply with new legal requirements based on laws passed in 2007, 2009, and 2016. However, that does not justify the agency claiming the good cause exception and circumventing the proper rulemaking process.

Most federal regulations are implemented in response to legal responsibilities Congress places on agencies, but the agencies retain significant discretion on the wording and structure of regulations that implement those responsibilities. Every federal agency has FOIA regulations, but none of them are exactly same because each agency has chosen different ways to organize and phrase their regulations. It is well worth having public review and debate over the exact wording of the rules, as the language can be critical to their effectiveness. Also, in any legal challenges that arise the wording of the regulation at issue can be especially important to how courts decide the cases. 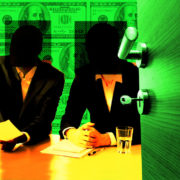 Many, including members of Congress from both sides of the aisle, took issue with the EPA’s approach. Representative Katie Porter (D-CA) , expressing concern at what she perceived as misuse of the good cause exception to avoid public transparency and accountability for the new FOIA rule, noting that “government transparency is central to our democracy.” Porter requested that the agency reissue the rule as a notice of proposed rulemaking and follow appropriate administrative procedure, including issuing a public notice and holding a public comment period. She also requested that the agency provide all legal memoranda justifying its use of the good cause exception and any examples of other agencies diverging from the normal rulemaking process.

That same month, several environmental groups filed a lawsuit against the EPA accusing the agency of violating the Administrative Procedure Act by skipping the required notice and comment period.

Then, on October 23, the EPA responded to Porter’s letter. The response defended the agency’s actions while failing to directly respond to the detailed issues Porter raised and to her requests for certain actions. The EPA’s response didn’t mention the good cause exception, even though concerns about the legitimacy of its use had been the primary focus of Porter’s letter. The agency did not provide legal memoranda or other justification supporting its use of the good cause exception, and provided no examples of other agencies skipping rulemaking steps for their FOIA regulations.

However, the EPA’s letter did manage to contradict the very arguments the agency made in the final rule attempting to justify its use of the good cause exception.

The agency’s letter acknowledged that the final rule contains at least one discretionary change to the regulations, namely that the move to require centralized Freedom of Information Act submissions wasn’t mandated by Congress. Previously, someone seeking information from a regional EPA office, for instance in the Great Lakes region, could submit a FOIA request directly to that office, but the new regulation requires that all FOIA requests be sent to EPA headquarters in Washington, DC, even if headquarters isn’t the target of the request. The agency’s admission that this change was discretionary directly contradicts its original claim that the good cause exception applied because all changes were exactly mandated by law and the agency had no discretion.

It should also be noted that the EPA incorrectly claimed the centralized submission requirement it proposed was based on 2018 recommendations from the FOIA Federal Advisory Committee. The FOIA advisory committee, which I was a part of when it made these recommendations, focused on centralizing FOIA processing—not FOIA submissions—which is how the government searches for and reviews records that are responsive, or relevant, to the request.

Centralized processing of FOIA requests, when done properly, allows officials to more easily search and review records even when they’re held by various offices, thereby eliminating substantial waiting time and duplication of efforts. On the other hand, requiring centralized submissions, where all requests must go to EPA headquarters, just adds a layer of delay—especially with the current system of decentralized processing—as the request eventually gets routed to the appropriate office or branch anyway.

The EPA response letter also said the agency’s “FOIA attorneys provided Congress with bipartisan briefings on the updated regulations,” and “that the only significant concern mentioned was the potential for confusion during the centralization transition.” The agency went on to note that it made changes based on those concerns. The fact that the EPA effectively engaged in a notice and comment process for some members of Congress demonstrates that the agency understood that such a review could (and did) raise issues that it should respond to with changes to the proposed regulation. However, the agency chose to limit the notice and comment to a few members of Congress and to leave the public out of the process.

Porter raised similar points about the EPA response in an October 31 follow up letter to the agency that concluded the agency “clearly violated federal rulemaking procedures.” Porter reiterated her request that EPA reissue the rule as proposed and follow the normal public notice and comment process. She also re-requested the agency provide her with all legal documents used to support the EPA’s actions, as the agency did not provide any such documents based on her first letter.

It remains to be seen if the EPA will respond substantively to the concerns Porter raised or provide any of the requested documentation, but the agency may have already damaged its case with this response letter. The contradictory statements in the agency’s response to Porter have implications for the environmental groups’ suit against the EPA, likely strengthening their claim that the agency’s rulemaking process violated the law.