Impeachment is the legislative branch’s ultimate check on the executive. But it is rarely used and has few rules to govern it. More

For decades, Congress has been ceding its traditional authorities and prerogatives, many of which come from the Constitution itself, to the executive branch. In order to safeguard the uniquely American systems of checks and balances and the separation of powers, Congress must begin to reclaim its role as a check on presidential power.

If we miss this opportunity now, our very system of government may be further and irrevocably damaged.

One obvious place for Congress to start in this claw-back effort is the exercise of emergency powers, an executive branch activity that has become virtually unchecked. This is why the Project On Government Oversight (POGO) was so excited to see the introduction of a comprehensive bill earlier this year that strives to resolve the power asymmetry between Congress and the president in this arena.

At the moment, there are nearly three dozen active declared emergencies and Congress has only voted on one of them, with the longest-running emergency dating back to 1979. The declaration of a national emergency can give a president more than 100 different powers and authorities, derived from a variety of laws; in light of this fact, administrations that span the partisan and ideological spectrum have been able to use emergency powers with little to no input from Congress. Given the sheer number of emergency powers available to a president and how impactful those powers can be, congressional oversight of them is particularly vital. In short, emergency powers can make the presidency imperial, so the American people, through their representatives in Congress, must have a say in how those powers are used. 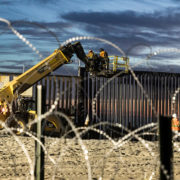 While the National Emergencies Act was a well-intentioned effort at creating congressional oversight of emergency powers, it proved insufficient to the task. “Though the act was designed to set limits on presidential power to declare national emergencies of indefinite length, it has ended up providing a largely unregulated way for presidents to take unilateral action,” as American University professor Chris Edelson wrote earlier this year in Business Insider. “Congress has failed to fulfill its responsibilities under the law.”

Further, the mechanism that allowed a congressional majority to end an emergency was deemed unconstitutional by the Supreme Court in 1983, thereby effectively gutting the central check on executive authority in the law. To comply with the court’s ruling, Congress amended the law so that presidents could veto resolutions ending emergencies. And far from meeting every six months, Congress never reviewed an emergency until 2019. Last, rather than allowing emergencies that are no longer necessary to lapse, successive administrations have routinely and serially renewed ongoing emergency declarations.

With these three key breakdowns in the original National Emergencies Act framework, the law has been rendered largely ineffective in achieving its original aim: to provide Congress and, by extension, the American people, with a voice in the application of emergency powers. Given the lack of constraints on executive authority in the National Emergencies Act, it may be surprising that blatant abuse of emergency powers has not been the norm. While these expansive and nearly unilateral powers may have tempted previous presidents, it appears that the informal guardrails of precedent and fear of public opprobrium largely kept administrations from blatantly abusing this power. These guardrails were bound to be tested at some point and that point came mere months ago.

On February 15, 2019, following a 35-day partial government shutdown initiated over a stalemate regarding funding for a physical wall on the border with Mexico, President Donald Trump declared a national emergency pertaining to conditions at the border. His motivation for doing so, by his own account, was to access funds that Congress had not appropriated for the purpose and utilizing them for construction of a border wall. In other words, the president was using his emergency power authority to do an end-run around Congress and usurp the constitutional prerogative that Congress has over the allocation of taxpayer funds.

This naked abuse of emergency powers sparked an immediate and bipartisan outcry. This incident was so incendiary that it incited Congress to fulfill its statutory duty under the National Emergencies Act, for the first time since enactment, to convene and consider (and ultimately pass) a resolution to terminate a declared emergency. In the months since President Trump declared this emergency, Congress has now considered, voted on, and passed two separate resolutions to terminate the southern border emergency, both times with strong bipartisan support. In both instances, Trump vetoed the resolution, despite the arguable position that bipartisan resolutions duly passed out of both chambers of Congress represent the will of the American people.

It wasn’t just Congress that reacted to the Trump administration’s dubious declaration at the southern border. Along with many of our civil society partners, POGO sprang into action and helped mobilize external opposition and advocacy. This effort included submitting congressional testimony and spearheading a letter from an ideologically diverse coalition of groups that expressed substantive qualms with the declaration. Beyond civil society pushback, dozens of former Republican lawmakers authored and published a letter condemning the emergency declaration and its implications for the institutional integrity of Congress.

In addition to considering and passing two bipartisan termination resolutions, members of Congress also responded by introducing several bills that would enact important reforms to the National Emergencies Act itself, all aimed at shoring up some of the law’s deficiencies and preventing future abuse of emergency powers. The most comprehensive of these bills was the appropriately named Assuring that Robust, Thorough, and Informed Congressional Leadership is Exercised Over National Emergencies (ARTICLE ONE) Act, introduced in March by Senator Mike Lee (R-UT).

The bill’s key element is a requirement for Congress to meet within 30 days of the declaration of any emergency in order to give affirmative approval. If Congress does not vote to approve the declaration, it would automatically terminate after the 30-day threshold. In this way, Congress would be rightfully situated as a primary decision-maker in the context of emergencies and the deployment of the vast array of emergency powers. 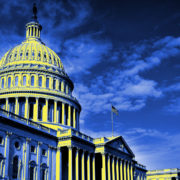 The National Emergencies Act has failed to provide a meaningful check on the use of emergency powers. Passing the ARTICLE ONE Act would make vital reforms to help restore the imbalance between Congress and the Executive Branch.

Thanks to Lee, Senator Ron Johnson (R-WI), and other involved senators from both parties, the bill got some useful modifications, resulting in an improved bill and a strongly bipartisan 11-2 vote of approval in July from the Homeland Security and Government Affairs Committee.

The bill now includes a provision that prohibits the president from declaring a repeat emergency based on the same set of conditions if Congress has already voted to disapprove an emergency. Without this rule, a president could simply re-declare an emergency every 30 days. The amended bill also includes a section that disallows the imposition of tariffs through emergency declarations without congressional approval but exempts any other emergencies declared under the International Emergency Economic Powers Act (IEEPA) from the bill’s reforms. This exemption was especially critical in gaining bipartisan support as it allows the president more latitude when imposing sanctions on foreign actors, such as rogue states and terrorist organizations.

A bipartisan coalition, including POGO, recently sent a letter to Senate Majority Leader Mitch McConnell and Minority Leader Chuck Schumer, encouraging them to allow the bill to get a vote on the Senate floor as soon as possible. Lee and Johnson also sent a bipartisan letter, signed by 15 senators, to McConnell, similarly requesting a floor vote for the bill. These two overtures clearly highlight the intense and ideologically diverse level of support for emergency powers reform, both from within the institution of Congress and from civil society.

It remains to be seen what impact this support will have on the likelihood of the bill receiving floor time before the end of the year, though it is vital that any such action happens expeditiously. With fewer than three weeks of actual legislative days left on the calendar for 2019 and with the specter of the presidential election, which all but guarantees little to no major legislative action until after November 2020, the time is now and the need is urgent.

The ARTICLE ONE Act may be the best chance we have for a long time to enact some serious and effective reforms to emergency powers and, in doing so, to rein in the ever-expanding power of the executive branch and enhance the dwindling power of Congress. If we miss this opportunity now, our very system of government may be further and irrevocably damaged.