Old boys of a certain age can recall “playing war” with small, plastic Army men, vanquishing foes on the plains of Europe or Pacific islands. In those halcyon years following World War II, it seemed to us like American soldiers could do anything, from thwarting enemy bazookas with their bare hands to facing down flamethrowers. We were kids, and knew nothing of reality or the laws of physics. But unlike us, it looks like the Pentagon has never grown up.

While the laws of economics have never really applied to the Pentagon, those of physics certainly do.

That’s why it’s on the verge of building an Infantry Squad Vehicle designed to parachute onto the battlefield. The vehicle will almost surely end up facing the same fate as an earlier version the Pentagon tried to field: being either too heavy to fly or too light to protect the troops. The military will likely end up, once again, with what those on the front lines derisively call “tactical golf carts”—vehicles relegated to the sidelines in combat after taxpayers spent millions on a truck billed as a war machine.

Such wonder weapons are the ultimate bait-and-switch: Taxpayers pay a premium for combat utility that too often evaporates on the battlefield, while troops can pay in blood. The only winners are the Pentagon weapons-buying bureaucracy and its contractors, who perpetually promise more than they can deliver.

While the laws of economics have never really applied to the Pentagon, those of physics certainly do. Of course, one reason those economic laws have never applied is the U.S. military’s continuing apparent efforts to ignore the laws of physics. And while the military has at times eclipsed what physics seemed to allow (radar, nuclear weapons, and GPS come to mind), there are many more examples where ignoring physics has been disastrous for the budget.

With its continuing missile-defense dream of shooting down bullets with bullets (or lasers) while ignoring incoming decoys, the Pentagon is seeking to break the laws of physics. So too with the F-35 Joint Strike Fighter, an elastic design stretched to fit the needs of the Air Force, Marines, and Navy. Crammed with compromises to serve three masters, it isn’t optimal for any pilot. The F-35 echoes the 1960s’ failed TFX program, whose goal was to build an airplane with moveable, sweeping wings, and which the Air Force and Navy could share. The Pentagon’s corner-cutting to try to meet the services’ conflicting range and speed requirements plus the Navy’s need for a beefed-up aircraft capable of punishing carrier landings proved too great. So only the Air Force ended up flying the TFX, which became the F-111. Because the U.S. military didn’t learn the lesson of the F-111, the nation is now burdened with the F-35, the most costly—not to mention mediocre—weapon system in history.

Looks like we’re about to climb aboard for a similar ride, but this time it will be on the ground. The Army is pitting three companies against one another to see who can build the best truck to be pushed out of a flying helicopter and parachute to the ground, beyond the range of enemy missiles. It also needs sufficient protection for the nine-soldier squad who’ll climb into it and rush into combat.

Paratroopers, who achieved fame during World War II by dropping behind German lines on D-Day, still travel no faster than their boots can carry them. “The modernized vehicles will provide enhanced tactical mobility for an infantry brigade combat team to move quickly around the battlefield,” an Army official said in August. The three competing trucks (from GM Defense and SAIC/Polaris) are slated to arrive at the Army’s Aberdeen Proving Grounds in Maryland this month. The Army wants to begin buying an initial batch of 649 of these Infantry Squad Vehicles next year, and ultimately buy more than 2,000.

But war cruelly puts its players into a box whose dimensions are dictated by physics. In fact, the old military adage—the victor gets there “fustest with the mostest”—is a technological Catch-22. Every ounce of protection, from Kevlar helmets to thick metal armor, delays troops getting to the battlefield. “It is unconscionable that we have gotten to the point where the assault load of an assistant machine-gunner is 169 pounds,” a Pentagon advisor said at a 2018 conference. “We have got to do something to reduce the combat load or we are going to be like knighted knights in armor walking around the battlefield with very little mobility.”

As Sydney J. Freedberg Jr. detailed recently on the Breaking Defense website, each contractor is bringing different strengths to the drive-off. The Oshkosh team is already building a lot of Army vehicles. The Polaris team has a variant deployed with the Special Operations Command and the Army’s 82nd Airborne Division. GM Defense is the outlier. After General Motors sold most of its defense business to General Dynamics in 2003, it has only recently begun seeking Pentagon business again. Its entrant is based on the Chevrolet Colorado, which has been selling like hotcakes—more than 100,000 a year—since its 2016 debut. That gives the GM candidate production efficiencies that its two competitors can’t hope to match.

Beyond the problems of physics, an additional issue that could compound the program’s cost risk is that the Pentagon is procuring the prototypes under so-called other transaction authority. As POGO noted in March, this is a federal-contracting mechanism that relaxes procurement rules. Its goal is to entice new and innovative companies to do business with the government. But in this case, the competitors are largely traditional contractors. Even more concerning, the Army has hinted the Pentagon may use such other transaction authority for follow-on production.

And, just like Achilles’ heel, the new Army vehicle has its own vulnerability. Let’s call it Achilles’ wheel: It has no armor. Zilch. Nada. None. The truck will protect soldiers “by high mobility avoiding enemy contact,” a March report by the Congressional Research Service said. If that proves insufficient, each soldier will rely on their “Personal Protection Equipment”—“helmet, body armor, and other accoutrements designed to protect against blast; fragmentation; thermal; and nuclear, biological, and chemical (NBC) threats.” 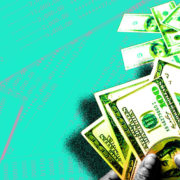 Yeah, right. This is the slippery language common to Pentagon weaponeers and their industrial camp followers. The notion that U.S. commanders will send troops into harm’s way in a thin-skinned vehicle is a pipe dream that will clog and shut down as soon as U.S. troops are killed aboard such vehicles. It happened in Afghanistan and Iraq, where the Pentagon spent nearly $50 billion rushing Mine-Resistant, Ambush-Protected vehicles to save lives after crude roadside bombs killed hundreds of U.S. troops aboard both thin-skinned and up-armored Humvees.

Beyond that, the use of “soft-skinned” vehicles in lower-threat areas has been cast into doubt by the 2017 deaths of four U.S. soldiers in Niger, as a Pentagon investigation into their mission concluded. Once the soldiers stumbled into an ambush they became sitting ducks for 100 Islamic State militants. “The special operations component had done an assessment for armored vehicles, for example, and determined, a while back, that they weren’t necessary,” Marine General Thomas Waldhauser, chief of U.S. Africa Command, told reporters at a May 2018 briefing detailing what led to the troops’ deaths. After the Pentagon’s investigation, “we immediately directed that armored vehicles be given to those teams as an option,” he said.

For some of its ground forces, the Army wants to use existing designs “to reduce costs and the time it takes to field combat vehicles,” that March Congressional Research Service report said. The Army’s plan echoes the same promise, ultimately unfulfilled, that the Marines made for their Growler 20 years ago.

The M1161 Growler, officially known as the Internally Transportable Vehicle (ITV), is the only military vehicle approved to fly aboard the Marines’ V-22 tilt-rotor aircraft. The Defense Department originally envisioned the Growler as a cheap vehicle that would use parts already being produced for existing military vehicles. But ultimately, much of it was built from scratch to make it light (that is, armorless) and small enough to be shoehorned into the V-22.

In 2009, the Pentagon inspector general said the Internally Transportable Vehicle’s cost had ballooned by 120% over the original estimate, from $94,770 to $208,938. The watchdog blamed the Marines’ overly optimistic assessment of how much work would be required to fit the vehicle into a V-22, along with sloppy management that made that challenge even tougher.

“The Marine Corps underestimated the development effort required to modify the … ITV to meet size and weight limitations” for it to be transportable in a V-22, as well as the Growler’s   “performance specifications for durability and reliability,” the inspector general found. “ITV subsystem design changes posed significant challenges because of minimum size, weight, and center of gravity constraints mandated by the MV-22 Osprey.” The Growler’s development, the inspector general added, “was caught in a cycle of design, test, and redesign and test” that “caused repeated schedule delays and cost increases.”

Front-line reviews were grim as well. “The wars in Iraq and Afghanistan saw a reluctance to use a vehicle without armor to protect it from roadside bombs,” Defense News reported in 2015.

“The vehicle is considered almost useless to the forward-deployed Marines who might use it,” Shawn Snow, a Marine veteran, wrote last year in the independent Marine Corps Times, where he now works as a senior reporter. “The vehicle has been deployed downrange to places like Afghanistan, where [Marines] used it for transportation to and from ranges, or as a daily driver on larger installations like Camp Leatherneck in Helmand province, Afghanistan. It also has served as light security.”

So the Growler proved to be no bargain on the battlefield. But it’s a hit on the used war-wagon market. In February, the private company GovPlanet announced it would begin auctioning off used Internally Transportable Vehicles. “The M1161 ITV Growler is a 4x4 ‘jeep-style’ vehicle with a Navistar 2.8L diesel, 132-horsepower engine,” the company advertises.

The seller couldn’t agree more. “This is obviously an extremely rare and unique opportunity to purchase highly-spec’d vehicles built for and used by the U.S. military,” a GovPlanet executive says.”

Just don’t count on going to war in one.