Neil M. Barofsky, a lifelong Democrat, was nominated by President George W. Bush as special inspector general of the Troubled Assets Relief Program (TARP), on November 14, 2008, in the middle of America’s last financial crisis. He was confirmed just over three weeks later, and held the post until his resignation at the end of March 2011.

The key lesson that will apply to this bailout is the importance of transparency from an oversight perspective.

After attending the Wharton Business School and New York University School of Law, Barofsky battled fraud and Colombian drug lords as an assistant U.S. attorney in the Southern District of New York from 2000 to 2008. When lawmakers questioned how he would carry out his duties, Barofsky once declared: “Nobody ever accused me of being a shrinking violet and I certainly would not start with this job.”

Barofsky proved his mettle. The $700 billion TARP program he oversaw injected money into banks, the insurance company American International Group (AIG), the automakers Chrysler and General Motors, and a number of real estate firms. In the process of conducting publicly available audits and investigations, he was publicly critical of everyone from then-Secretary of the Treasury Henry Paulson to New York Federal Reserve Bank Chairman Timothy Geithner. At one point, he excoriated executives of AIG by name for accepting $45 million in bonuses in the middle of a federal bailout, effectively forcing them to return a portion of the money to their employer, which by then was federally owned. 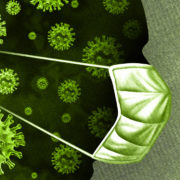 The recently passed Coronavirus Aid, Relief, and Economic Security Act (CARES Act) requires President Donald Trump to nominate a new special inspector general to oversee portions of the $2 trillion law, a position similar to the one Barofsky occupied. Late last Friday, Trump named Brian Miller to the job. A White House lawyer who served for nine years as inspector general of the General Services Administration (GSA), he helped force the resignation of a senior GSA official accused of misconduct and uncovered a number of other high-profile scandals at the agency. In approving the CARES Act, Trump issued a “signing statement,” suggesting that he must approve reports Miller may make to Congress, a position Democrats and others have criticized.

POGO asked Barofsky about the challenges a new special inspector general will face, and how the job will differ from the one he held. The interview is lightly edited for length and clarity.

Question: What do you think of the president’s “signing statement” when he approved
the CARES Act, and will it be possible for the special inspector general to carry out his duties and report to Congress, as specified in the law, if those reports must first be approved by the White House?

Answer: This was a very important authority that I had, to be able to report to Congress whenever any part of the administration refused to provide information necessary to carry out the duties mandated by Congress. If the “signing statement” is intended to negate that right, or even worse, to signal to other parts of the administration that they do not need to cooperate with the IG [inspector general], it will kneecap the entire effort. On the other hand, if it is more just a philosophical expression of the presidency with no practical limitations, it will just be a footnote. Let’s hope for the latter.

Question: From an oversight perspective, what are the major differences between the 2008-2009 crisis and the present situation?

Answer: In 2008, our work was around financial institutions and a limited number of banks, which are already heavily regulated. So we could lean on primary regulators, and check every application if we wanted to. It was a more controlled and saner universe. The criteria set forth in the TARP were more clearly set out to help financial institutions, so you could put in the protections against fraud and outside influence. You could apply objective criteria whether an institution should get the money or not.

The current law creates more programs and involves a staggering amount of money. It will be incredibly difficult to provide oversight of the $350 billion to SBA [the Small Business Administration] to distribute with essentially no criterion: there are essentially zero distribution or underwriting standards. Essentially, if an entity can fog a mirror, they can get the money. That presents a cornucopia of likely fraudulent activity. Businesses that aren’t businesses will apply. Businesses will lie about retaining their employees. You will see insiders at newer lending platforms who will create dummy companies, give loans, and forgive them. There are a million types of fraud that come from inexperienced lenders and no underwriting standards.

The Treasury side of the program, which is in the trillions of dollars, is more similar to the TARP programs in their complexity, but not in their scale. We had Treasury using taxpayer money to backstop federal lending in the TARP, but it was going to far fewer entities at a tiny fraction of the amount of dollars compared to what’s happening now.

But this is not a criticism of the program as a concept. We just have to recognize the reality of the enormous oversight challenge ahead to stem the bleeding. We had almost no loss to fraud from the TARP, but no one can assure that this time.

Question: What are the main lessons that we should take from the previous crisis and apply to this one?

Answer: The key lesson that will apply to this bailout is the importance of transparency from an oversight perspective. Some of the worst and most scandalous decisions were those made in the shadows, like the backdoor bailout of AIG, where taxpayers paid 100 cents on the dollar for securities that weren’t worth half that. That only happened because there wasn’t transparency. Similarly, here, if decisions to help certain companies or industries are made in secret, that is where corruption and corrupting influences can creep in. Transparency helps avoid businesses getting help because of who they know, or how powerful their lobbyist is, as opposed to objective criteria that they actually deserve it.

Question: In light of Trump’s recent remark that, “I’ll be the oversight,” why is independent oversight and accountability so important to keep track of the new stimulus and bailout measures?

Answer: Let’s be honest, every president would like to be their own oversight. But the only way to ensure the money is effectively and efficiently distributed is to exclude outside political influence on the decision-making process.

Question: How important is it for the White House to nominate an IG (inspector general) quickly, and what kind of Senate confirmation process would you like to see.

Answer: The money is going out the door. So they [Congress] need to confirm someone quickly. I didn’t get confirmed for two months after the TARP money was going out the door, and that was too late. An IG can and should be able to do more than just clean up mistakes that were already made. If they are there in time, they can give advice in advance to stop bad decisions.

Question: What attributes should the future IG have, and how should they staff up and begin work to be most effective, and what might they consider looking into

Answer: They need to be able to put aside any fears of being fired once they walk into the office. When they wake up in the morning, and when they are home, they can be human. But they have to put that fear on a shelf when they are on the job. Also, if they don’t give this IG the type of hiring authority and flexibility that I had, it will be dead on arrival. All the challenges I had—to stand up an organization, while monitoring hundreds of billions of dollars, at the same time as reporting to Congress—will be magnified by the fact that the other permanent IGs will also be staffing up. Without special hiring authorities, it will be impossible to attract the quality of staff needed to do this job. We didn’t even have a trashcan for the first three days. They need to be up to speed right away.

Question: What pitfalls should the new IG be aware of, or expect?

Answer: It’s going to be a really hard job. The hardest challenge is striking a balance between establishing strong anti-fraud protections without hampering the policy goals of the program. When people running the program say something you are pursuing will destroy the program, you have to listen to them, but still be willing to make your own decisions once you’ve considered their concerns.