The Project On Government Oversight (POGO) is launching a COVID-19 relief spending tracker over the next few weeks in order to increase the transparency and accountability of the government’s ongoing relief efforts.

Millions of Americans are suffering from the enormous economic impact of the shelter-in-place policies enacted to slow the spread of this deadly virus. The country hasn’t seen unemployment levels this high since the Great Depression—even the effects of the 2008 financial collapse pale in comparison to what the country is going through. 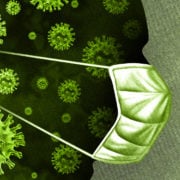 Last week, Congress passed and President Donald Trump signed into law the fourth installment of economic relief aimed at helping America’s workers and small businesses survive the economic impact of the coronavirus pandemic. We need to ensure that these efforts truly reach those most affected, and not those engaging in fraud or who are politically connected.

The total economic aid from all four packages is close to $2.7 trillion and is being distributed in the form of checks to individuals, unemployment benefits, government-backed small business loans, and emergency aid to select industries. And while Congress created mechanisms for the federal government to track this spending in an effort to conduct oversight and increase transparency, POGO’s tracker will help keep a watchful eye on how those efforts are implemented in order to ensure that everyday Americans are the ones benefiting from the government’s actions.

POGO has close to 40 years’ experience investigating, tracking, and sounding the alarm about waste, fraud, and corruption issues in the federal government—particularly around government procurement. In fact, POGO has a long history of creating government spending trackers that the government itself eventually adopts.

In 2018, we launched our Hurricane Harvey disaster relief spending tracker to see who benefited from relief efforts. The tracker provides a holistic picture of federal contract and assistance spending, and organizes it by agency, awardee, products and services, and, in the case of contracts, by the level of competition for each award. The tracker also includes mapping features to expose Hurricane Harvey spending down to the county level.

By compiling federal COVID-19 relief spending data on one website and integrating corporate data from Good Jobs First and mapping technologies, POGO will build a federal relief tracker that provides a full picture of this unprecedented relief spending. We have the relationships and expertise to help inform the public about what the government is doing.

As we build our tracker, POGO will also be pushing to ensure that the government is collecting good data from federal agencies and private firms in its own efforts to track spending, and that it is providing that information to the public. That way, the entire community of oversight practitioners—good government groups, journalists, and government officials—can benefit.

It is essential not just to track the money spent but whether and how it is really reaching its intended beneficiaries. In order to do this, we need those intended beneficiaries and affected communities to call out problems of waste, mismanagement, and abuse. As part of our work, POGO will also use our decades of experience running whistleblower tip lines to encourage individuals on the ground to report to us what they are hearing and seeing when it comes to COVID-19 relief spending.