The rule of law is essential to a thriving constitutional republic. And in order to maintain the rule of law, the government must enact laws in a transparent and accountable way. The Office of Management and Budget—which is housed within the White House and helps the president fulfill his administrative duties with regard to the federal budget—has long been actively undermining the integrity of the rule of law by promulgating secret decisions on federal agency funding, known as apportionments. Apportionments are directives from the Office of Management and Budget that determine how and when federal agencies will receive congressionally appropriated funds, and the agencies are required by law to abide by them. The trouble is that the office creates and implements these legally binding decisions in secret.

In order to maintain the rule of law, the government must enact laws in a transparent and accountable way.

Along with the insidious effects of what amounts to an executive branch office writing secret law, the lack of transparency in how the executive branch is handling taxpayer dollars poses a threat to Congress’s most fundamental power: the power of the purse. Indeed, this is just one of several persistent threats to Congress’s power of the purse, and in the face of an increasingly overreaching executive branch it is long past time for Congress to act. In order to preserve the rule of law and strengthen the constitutional role of the legislative branch, Congress must codify stringent transparency rules for apportionments and enact additional reforms to enhance its authority over tax and spending decisions.

A System that Impedes Oversight

So how did the Office of Management and Budget come to have this power? Bear with us for a legal history interlude. In 1905, Congress delegated the authority to schedule the disbursal of appropriated funds to the executive branch, and sought to prevent federal agencies from spending more than their appropriated funds. Then, after it became apparent that existing law on the matter was insufficient, Congress updated the Antideficiency Act in 1982, further codifying and clarifying the executive branch’s role in apportionments and other budgetary matters. And, as a result of an executive order from 1970, the authority for managing apportionments fell specifically to the Office of Management and Budget, which is now responsible for virtually all aspects of the executive branch’s federal budget duties.

Updated in the wake of the Nixon administration’s violations of the rule of law and separation of powers, including in the budget and appropriations arena, the Antideficiency Act was intended to prevent budget deficiencies, or instances where the executive branch spends more money than Congress has appropriated before the end of a fiscal year. If such a budget deficiency happens and the offending executive branch official did so willfully, they could face criminal or administrative penalties under the Antideficiency Act. The apportioning of funds is meant to ensure that agencies are spending appropriated funds along a set timeline, to prevent both overspending and programmatic disruptions. The Office of Management and Budget is also responsible for certain discretionary aspects of apportionment, including potentially delaying the disbursal of funds for legitimate programmatic performance or technical reasons. The office is not permitted to delay or withhold funds to achieve policy objectives. 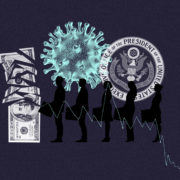 One major problem with how the office has exercised its apportionment power is its lack of transparency. In short, the office makes legally binding decisions about how congressionally appropriated taxpayer funds will be distributed and spent without giving Congress or taxpayers any transparency about what those decisions are or how and why those decisions are made. Apportionment directives to agencies often come with special footnotes, which are more specific directions that are used as a way to compel or incentivize agencies to take certain actions. And while apportionment directives are subject to public records requests through the Freedom of Information Act, and are occasionally made public through internal government investigations, the office does not proactively make them public or available to Congress. That means neither lawmakers nor the public generally has access to the text of apportionment directives or the footnotes.

This lack of transparency impedes oversight, creating the potential for legally binding decisions that unconstitutionally contradict an explicit appropriation by Congress. At a more fundamental level, this secret lawmaking carries the real potential to undermine the separation of powers.

One of the more recent and well-known instances of abuse of the apportionment power came in the summer of 2019, when the Trump administration illegally withheld congressionally appropriated funds designated to aid Ukraine. More specifically, the Office of Management and Budget used special footnotes that accompanied an apportionment schedule to force the withholding of some of those funds, despite clear and bipartisan congressional intent to the contrary. In January of this year the Government Accountability Office (GAO), which is charged with investigating and rendering legal decisions on potential violations of appropriations law, publicly announced that the Trump administration had violated the Impoundment Control Act by withholding funding to Ukraine for the purpose of the administration’s policy objectives rather than for legitimate programmatic or technical reasons.

You can think of the Antideficiency Act and the Impoundment Control Act as existing on either end of the appropriations law spectrum; the former deals with instances where the executive branch spends more than it is allowed to, while the latter governs instances where the executive branch does not spend the amount of funds appropriated or does not spend funds for the purposes mandated by Congress. In the case of Ukraine aid funding, according to the Government Accountability Office, the Trump administration withheld appropriated funding in order to achieve its own policy goals, in violation of the congressionally appropriated amount of funding and congressionally mandated purpose of that funding.

It’s worth noting that the apportionment power is not the only area of appropriations law where the executive branch has gotten itself into trouble with the separation of powers. There have been other recent instances of a president violating the constitutional limitations on the spending of taxpayer funds. During President Barack Obama's time in office, the House of Representatives sued his administration over the spending of funds for a cost-sharing program under the Affordable Care Act in the absence of a congressional appropriation for that purpose. In 2016, the U.S. District Court for the District of Columbia ruled that Section 1402 of the Affordable Care Act violated the Constitution because it was funded through an appropriation that Congress had not designated for the purpose of that section. While this matter did not centrally pertain to apportionment decisions, it is nonetheless illustrative of how the executive branch, no matter which party controls it, has in recent years proved increasingly willing to exceed its constitutional authority and encroach on congressional territory.

What Can Congress Do?

The good news here is that Congress and the general public are taking notice of the challenges posed by Congress losing its grip on the power of the purse. A bipartisan bill introduced in the Senate last year would require the Office of Management and Budget to publicly disclose apportionment decisions in a timely manner, and would enact a range of additional reforms aimed at bringing more order to the budget process. Another recent bill, introduced in both the House and Senate, would also require apportionment transparency, as well as an additional set of transparency and disclosure requirements for the executive branch and its administration of Congress’s fiscal and budgetary directives. Prominent public figures from the right and mainstream media outlets have entered the fray on this issue, focusing on the broader constitutional question and the questions around Congress’s power of the purse. 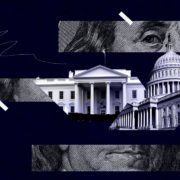 The Purse Is Mightier than the Sword. Now Congress Needs to Use It.

For our part, the Project On Government Oversight (POGO) has recently weighed in on the need for Congress to take a more assertive and aggressive approach in using the power of the purse as a means of promoting better oversight and accountability. We have also recently highlighted problematic Office of Management and Budget decisions outside the context of apportionments, which underscore the need for broader reforms and more accountability.

POGO strongly supports the idea of requiring the Office of Management and Budget to publicly disclose all apportionment decisions, as both the aforementioned Senate and House bills would do. We also support giving the Government Accountability Office more tools to execute its mission of conducting oversight of the executive branch’s implementation of appropriations laws and budget directives. Such reforms should also include a requirement that agencies notify Congress when GAO has asserted that an appropriations law violation has occurred, and should make it compulsory for agencies to respond in full to GAO inquiries around such violations.

Another important step would be to require the executive branch to create and make publicly available a comprehensive inventory of all federal programs that are being funded by taxpayers, which would allow Congress to make better-informed fiscal and budgetary decisions. The House passed a bill to require this exact thing earlier this year, and that bill now awaits action by the Senate.

By implementing these and other reforms, Congress can finally have full access to the information it needs to ensure that the executive branch is spending hard-earned taxpayer dollars in the manner and for the purposes that Congress intended.

There is a much larger conversation to be had about the need for Congress to reclaim the power of the purse, its most potent and necessary power. For those of us in civil society, the formation of a bipartisan coalition of organizations focused on helping Congress reclaim this essential power would be a valuable first step. Concerns about apportionments lead to a commonsense starting point for Congress: to rein in the pernicious phenomenon of secret, legally binding directives from the Office of Management and Budget on the spending of scarce taxpayer resources. Without more transparency in this opaque system, it will be difficult for the American people to trust that their government is being a good steward of public dollars. And without that trust and the legitimacy it confers, Congress may lose the institutional integrity it needs to fulfill its role under the Constitution, risking ceding ever more power to the executive branch.