People responsible for managing the response let phone calls alerting them to so-called incidents go to voicemail “because they assumed the unfamiliar number was a robo or spam caller.”

Unexpected shallow water conditions “affected the deployment” of equipment a company was counting on to contain spills.

People responsible for managing incident response let important phone calls go to voicemail “because they assumed the unfamiliar number was a robo or spam caller.”

During a simulated power outage, an operator was unable to use a remotely operated vehicle to “manipulate” a blowout preventer—a piece of undersea equipment that shuts down the well and serves as the last line of defense against catastrophes like the Deepwater Horizon. (During the fatal Deepwater Horizon disaster, which fouled the Gulf of Mexico a decade ago, the companies involved tried and tragically failed to control the blowout preventer with remotely operated vehicles.)

That’s a sample of take-aways from a new report by the Interior Department unit responsible for overseeing offshore drilling safety, the Bureau of Safety and Environmental Enforcement (BSEE, pronounced “Bessie”).

The report doesn’t highlight those points. It submerges them and other hints of potentially dangerous lapses beneath pages of discussion labeled “Successes” and “positive performance elements,” such as this: “The safety of all participants remained at the forefront of response activities, both simulated and real time.”

And this: “Company personnel, including contractors and other support staff, participated in the required exercise activities in a manner that accurately portrays preparedness and response capabilities.”

The 12-page report is noteworthy for what it does not say. It does not report the test results in depth or detail, and it does not name names. It is framed as a “Summary of Lessons Learned” rather than an account of what actually happened in the exercises.

Nonetheless, reading the report—and, in some cases, reading between the lines of often fuzzy descriptions—it’s hard to escape the conclusion that, despite the searing experience of the Deepwater Horizon disaster and the time they’ve had since then to up their game, some energy companies are not as prepared as they should be.

The report serves as a reminder that, in the inherently complex and dangerous world of offshore drilling, there are countless paths to trouble, and pitfalls range from the obvious to the unexpected.

(As a Project On Government Oversight investigative report said in December 2018, “far from being fail-safe, blowout preventers have failed in myriad and often unpredictable ways. So have the people responsible for maintaining and operating them.”) 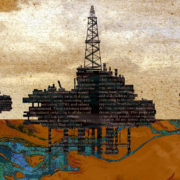 It seems a stroke of luck—or a streak of luck—that disasters like Deepwater Horizon haven’t resulted more frequently.

Offshore drilling is a world in which seemingly small problems can have big consequences. It brings to mind the proverbial story that, for want of a horseshoe nail, the kingdom was lost.

POGO asked the offshore safety bureau questions for this article. As of this writing, we had not received answers.

In a few instances, like the ones cited above, the new report states what went wrong during emergency preparedness exercises and then explains what should be done about it. For example, based on the finding that important phone calls went to voicemail, the report says, “Alternate methods besides direct phone calls should be considered for initial incident notifications to IMT [Incident Management Team] personnel to avoid delays in activation.”

More often, the report hints at what apparently went awry in the exercises. It lays out only the “lessons learned,” leaving readers to guess what might have inspired those lessons.

For example, the report says, “There should be mutual awareness between operators and contracted … personnel regarding the roles each will play in the response organization.” Is that gratuitous advice, or does it indicate that oil companies and their contractors were confused as to who should do what in an emergency?

The report says oil companies’ contingency plans for responding to spills “should contain accurate and up-to-date lists” of company personnel who can exercise authority. Is that gratuitous advice, or does it indicate that some of the lists were inaccurate and out of date?

Similarly, the report says members of incident management teams “should be properly trained to perform their duties prior to serving in a response.” (By way of explanation, the report adds, “’Over-coaching’”—whatever that means—“was sometimes observed in exercises.”)

The report’s account of what happened when shallow water was unexpectedly encountered is typically vague and obtuse. It alludes to equipment listed in a contingency plan known as an oil spill response plan (OSRP), in which companies operating offshore oil and gas facilities are required to inventory the equipment, including “vessels,” that would be available in an emergency. Here's what the report says:

“During one equipment deployment GIUE [Government Initiated Unannounced Exercise], it was noted that unexpected shallow water conditions affected the deployment of the OSRP’s listed response equipment. Based on this experience, BSEE recommends that Geographic Response Strategies (GRS) listed in the appropriate Area Contingency Plan (ACP) be reviewed, and any amendments or inclusion special notes about shallow water conditions or shallow draft response considerations be coordinated with the Area Committee.”

In yet other instances, the report describes what can go wrong without quite saying it did go wrong.

For example, it says the bureau found that the “PIC”—the person in charge—“can become overwhelmed with calls during the initial phase of the response, making it difficult to communicate critical information.”

Further, the report says that, “if a drillship evacuates in the wrong direction in an emergency and drags a disconnected riser, the escape action could significantly impact subsea infrastructure.” Is that observation purely hypothetical?

Or, does it mean that, based on what regulators saw during an exercise, a drilling vessel fleeing the scene of a blowout could have made matters worse by dragging a riser—a large pipe that descends from the rig on the ocean’s surface to a blowout preventer on the ocean floor—and thus damaging underwater equipment such as, say, an oil pipeline or the blowout preventer itself?

The report also seems to warn that efforts to contain a blowout could face difficulty—not just from a gusher of oil or gas, but also from another source.

“BSEE has determined that in addition to the impact of any hydrocarbons released, the volume of water discharged during a blowout could significantly challenge source control operations,” the report says.

That “may be an issue that should be explored with the operator,” the report adds.

The report seems to say that a worst-case scenario could be worse than regulators considered.

Though the bureau presents the report’s conclusions as lessons learned from the recent exercises, many of them could have been learned years ago. They contain echoes of post-mortems on the Deepwater Horizon disaster.

For example, according to a national commission that investigated Deepwater Horizon, oil company BP’s “Oil Spill Response Plan” for the ill-fated Macondo well turned out to have been largely a cut-and-paste job. The oil company’s contingency plan described wildlife foreign to the Gulf of Mexico, such as sea lions, sea otters, and walruses. In addition, according to the online magazine Grist, BP’s plan offered a Japanese home shopping site as the link to one of its “primary equipment providers for BP in the Gulf of Mexico Region [for] rapid deployment of spill response resources on a 24 hour, 7 days a week basis.”

After the Deepwater Horizon—a rig owned by Transocean and on assignment for BP—exploded, there was confusion as to who was responsible for what.

“There was confusion about whether Transocean, the Coast Guard, the salvage company, or anyone at all was directing the firefighting operations,” the national investigative commission reported.

Describing three earlier offshore accidents dating back to 1980, the commission said contributing factors included inadequate worker training and evacuation procedures. “Poor communication and confusion about lines of authority amplified the death toll in at least two of the accidents,” the commission added.

The safety bureau’s new “lessons learned” report is part of a larger pattern.

Under the Trump administration, the bureau has loosened safety standards adopted in response to the Deepwater Horizon disaster.

The Wall Street Journal reported that, in 2018, while the bureau was working on that deregulatory initiative, BSEE Director Scott Angelle instructed an employee to delete wording from memos that showed some of the changes contemplated by the bureau and sought by industry went against recommendations of career engineers at the bureau.

Angelle addressed the issue at a March 2020 congressional hearing.

“The only justification I can see is that your policy” to reduce testing of blowout preventers “is to do what the fossil fuel industry wanted you to do, and … you also didn’t want the American people to know that you needed to overrule your own experts to make that happen because that would look really bad,” Levin said.

On Tuesday, March 10, 2020 at 2:00 P.M., in Room 1324 Longworth House Office Building, the Subcommittee on Energy and Mineral Resources held an oversight hearing entitled, “Examining the Policies and Priorities of the Bureau of Ocean Energy Management, the Bureau of Safety and Environmental Enforcement, the U.S. Geological Survey, the Bureau of Land Management, and the Office of Surface Mining Reclamation and Enforcement.”

Angelle, a former Louisiana state government official, previously served on the board of an oil pipeline company. President Trump appointed Angelle to head the offshore safety bureau in 2017.

As the bureau’s director, Angelle has given out his personal cell phone number to oil and gas industry officials and has encouraged them to use it for matters that are not business related and that they “don't want in the public record.”

As the bureau’s director, Scott Angelle gives out his personal cell phone number to oil and gas industry officials and encourages them to use it for matters that are not business related and that they “don't want in the public record.”

The bureau’s new lessons learned report is at its clearest when describing the performance of state and federal government officials during the emergency preparedness exercises.

“Some members of the exercise planning team demonstrated an incomplete understanding of their roles and responsibilities,” the report said.

“During some large [drills] exercise controllers became overwhelmed with ‘truth’ requests, and the resulting deviations from the original exercise script caused confusion amongst the exercise execution team,” the report said. (The report didn’t say what it meant by truth requests.)

As in actual emergencies, it wasn’t always clear who was in charge.

“In some exercises, BSEE observed that there was confusion among participants regarding roles, responsibilities, and seniority/authority to direct participants,” the report said.