This piece first appeared on The American Conservative.

Even as the movement to think critically about cutting the Pentagon’s budget slowly gains ground, wrong-headed arguments in favor of boosting military spending without question still prevail.

Just take a recent column in Defense One from Dakota Wood of the Heritage Foundation, who attempted to make the case that the character of the modern military operations justify $740 billion Pentagon budgets. In it, he claims that cost reductions just aren’t possible since arms and personnel costs have exploded faster than inflation since World War II.

Yet, he failed in most cases to address why military costs have grown so much and how increased budgets exacerbate problematic weapons programs.

By simply shoveling money at the Pentagon, Congress actually hinders good military thinking. Free-flowing money provides service leaders license to pursue excessively complex weapons programs with the mistaken belief that wars can be won simply by having more technology than our adversaries.

The reality is, according to John Boyd, the legendary military thinker and central figure of the Reagan-era military reform movement, wars are won by good people using innovative ideas. The weapons they use are mere tools. As anyone who has tinkered around their garage knows, the best tools are the simple, reliable ones specifically engineered for the task at hand.

Sadly, the members of the military industrial congressional complex do not seem to understand this. They bought an aircraft carrier so loaded up with unproven technology that it is already five years behind schedule and still has at least three years of work to go before it can set sail. They will spend more than $400 billion to buy a fighter plane that can’t shoot straight.

The weapons the Pentagon buys are too often needlessly complex and thus unnecessarily expensive. While they are sold as vast improvements over earlier weapons, the new versions often provide only marginally improved capabilities in the best cases, but are way more expensive than their predecessors. Just as often, in the pursuit of new capabilities, the excessively complex weapons are actually less effective than what came before them. And the increased logistics and maintenance burdens make the systems even more expensive while reducing the overall combat effectiveness. 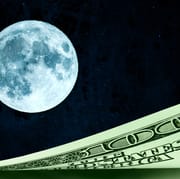 These overly complex weapons often serve as a distraction on the battlefield because they force the troops to spend far too much time focused internally on what’s necessary to get the finicky contraptions to work. This distracts them from where their focus should be: on how to fight the enemy. Training becomes an issue as well because it takes far longer to teach someone how to use the new systems. For a force that is already burdened with more required training events than it has time to execute properly, the Pentagon should not further encumber troops with training on overly complicated weapons systems.

Defense contractors intentionally load up their products with as many gadgets as possible because by doing so they make more money. They receive money on the front end during the development process, and then make more money on the back end through lucrative long-term sustainment contracts.

Wood’s argument that the only way to deal with adversary technology is with better technology is also false. We don’t need to out-engineer the Russias and Chinas of the world, we need to out-think them. For virtually every high-tech weapon, there is a low-tech counter. Our struggles to deal with IEDs in Iraq is the perfect example of this. The Pentagon spent $20 billion to develop counter-IED systems only to come to the realization that nothing worked as well as a dog.

In the meantime, the ever-increasing costs of weapons mean that the services can afford to purchase fewer of them.

For example, the Air Force originally planned to purchase 132 B-2 “Spirit” bombers. As costs spiraled upward, the Pentagon pared back the total fleet size until just 21 were built at a total program cost of $2.1 billion a piece. The B-21 is being developed now along similar lines and could suffer the same fate. Interestingly, the Air Force has plans to retire the flashy B-2, which entered the fleet in 1993, but plans to retain the 1950s vintage B-52, proving that simpler technology has its advantages.

The overall effect is that the American people end up spending more and receiving less. Wood points out that the Pentagon budget in 1970 was $78.5 billion, which, adjusted for inflation, would be the equivalent of $521 billion in 2020. He says that the $713 billion 2020 defense budget is only 27 percent higher. This is a misleading claim. The 1970 defense budget included a great deal of spending that is not included in Pentagon budgets now. Today, many of those costs are spread between the Department of Veterans Affairs, Department of Energy, and the Department of Homeland Security, and several other agencies. When all the defense-related spending across the various departments are added together, the American taxpayers were asked to spend more than $1.21 trillion this year. 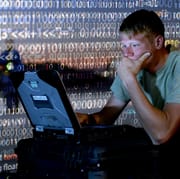 The character of American military spending comports quite well with the law of diminishing returns.

A recent proposal would have cut 10 percent from the Pentagon’s budget. Wood’s column demonstrates how nervous the defense industry becomes whenever someone threatens the free-flow of money from the treasury to their coffers.

Like most similar efforts, this latest budget cutting proposal was sold as a means of freeing up funds for domestic programs. President Eisenhower once said that for “every gun that is made, every warship launched, every rocket fired signifies, in the final sense, a theft from those who hunger and are not fed, those who are cold and are not clothed.” His words ring especially true today as lawmakers debate how best to deliver resources to people and businesses most adversely impacted by the COVID response.

Just as importantly, cutting the Pentagon’s budget would also serve a useful military purpose. It would force service leaders to think harder about what they buy and why they buy it. In order to get the force size they want, they would have to pursue simpler designs rather than the highly complex systems that have become the norm today. In warfare, good enough beats sexy. It’s time the military industrial congressional complex learns that lesson.