More than six months into the coronavirus pandemic, we’re seeing what’s been dubbed the K-shaped economic recovery. The markets have stabilized and Wall Street and many white-collar workers have bounced back. Yet main street businesses and lower-income workers are still struggling, as inequities that predated the pandemic intensify.

With Congress unable to agree on another relief package, the Federal Reserve has come under the microscope. The contrast between the Fed’s robust purchases of bonds from large corporations and its lackluster programs aimed at mid-sized companies and local governments line up with this K-shaped recovery.

The Fed stabilized Wall Street, so why can’t it do the same for everyone else? 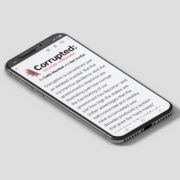 We’ve been stewing over this question. It seems like the only measures the federal government has taken that have had a lasting positive impact on the economy have helped those in the upper echelons—those we should arguably be least worried about being able to make it. Meanwhile, the loan and grant programs for smaller businesses were compromised by fraud and favoritism, while direct assistance like expanded unemployment insurance has expired.

Therein lies the corruption. The federal government's recovery programs helped the wealthy and powerful the most—in large part thanks to the Federal Reserve—and left behind pretty much everyone else.

The tricky question is what to do about it. But first, let’s take a look at the Fed’s COVID-19 response measures.

“Santa Claus, the Tooth Fairy and a Leprechaun” for Big Companies

The Federal Reserve—the nation’s central bank, which is supposed to support “maximum employment and stable prices”—has been propping up large companies by buying up billions of dollars in corporate bonds, which helped stabilize markets.

As Kristina Hooper, chief global market strategist at Invesco, wryly noted to the Washington Post, for Wall Street, “[Federal Reserve Chair] Jay Powell has become Santa Claus, the Tooth Fairy and a leprechaun with a pot of gold, all wrapped into one.”

The Fed bought the bonds of large companies that clearly didn’t need the help, like Microsoft and Visa, and indirectly propped up others like Apple by buying exchange-traded funds, which raised eyebrows. And its purchases of junk bonds have been a boon for private equity firms—which, as noted in an earlier issue of Corrupted, have also availed themselves of other forms of pandemic aid.

On top of that, the Fed spent millions in the energy sector, despite the fact that oil and gas companies’ struggles weren’t fully attributable to the pandemic and the industry is expected to face financial woes down the road, making it a poor investment on the Fed’s part.

With incredibly low interest rates, the Fed is also helping prop up “zombie companies,” which are only able to stay afloat by taking on more debt. And as the Washington Post put it, “as the walking dead of the corporate world multiply, some analysts worry they are draining the life from the healthy parts of the economy.”

Even foreign companies have found ways to benefit from the Fed’s pandemic relief efforts, which Congress intended only for American businesses.

And while the Fed’s corporate bond purchases helped stabilize the market, many of the companies it aided simultaneously laid off workers. An analysis by the House Select Subcommittee on the Coronavirus Crisis released Wednesday found that the Fed bought bonds from about 140 companies that laid off or furloughed more than a million workers combined since March 2020. Plus, 95 of those companies appear to have prioritized shareholders by paying out dividends to them while also laying off employees.

No Love for States, Counties, and Cities

While the Fed splurged on corporate bonds, its lending programs aimed at mid-sized businesses and local governments had an uninspiring start.

Only two borrowers, the state of Illinois and New York City’s transit authority, have used the Fed’s Municipal Liquidity Facility. A fed official told Congress last week there may soon be a third borrower.

Kent Hiteshew, the Fed official overseeing the Municipal Liquidity Facility, testified that the Fed measures the program’s success not based on how much it’s lending, but by the state of the municipal securities market. He declared that market has recovered, and said he isn’t aware of any city or county governments struggling to access capital.

Yet critics of the program, including some Democrats in Congress, are urging the Fed to offer lower interest rates and longer borrowing terms for state and local governments, arguing that more favorable terms will help them weather the pandemic and the economic downturn. The Fed has also placed limits on the size of jurisdictions that qualify for the facility, leaving many out of luck.

States are facing major budget shortfalls, thanks to a drop in tax revenue and increased demand for safety net programs. Helping states now would save public sector jobs, too—which would greatly benefit racial and ethnic minorities, who have been especially hard-hit by the pandemic.

Mark Zandi, the chief economist at Moody’s Analytics, testified last week that the Fed can and should do more to help state and local governments. Zandi acknowledged that states would benefit most from direct relief approved by Congress, but absent that aid, the Fed should step up.

“At minimum, the Fed should treat state and local governments as well as it does corporate borrowers that enjoy better interest rates and longer terms,” Zandi said in his prepared testimony.

Providing relief to states, Zandi said, is “one of the most effective ways to support the economy in a downturn.” It prevents layoffs and allows these governments to keep up with increased demand for food assistance and unemployment insurance.

The Fed’s mission is to maximize employment. Helping states and localities do that by boosting their economies will advance that mission.

This would also specifically boost employment for Black people, a group that’s been hit particularly hard by the virus and ensuing economic downturn. A study from UCLA found that one in five Black workers in Los Angeles County work in the public sector, compared to one in 10 non-Black workers. Ensuring that these stable jobs with good pay and benefits remain an option to Black people is an effective way to lift up some of those struggling the most right now.

Main Street Lending: If at First You Don’t Succeed...

The Fed’s Main Street Lending Facility—which was meant to catch small and mid-sized companies that may not benefit from the Small Business Administration’s Paycheck Protection Program or the Fed’s other programs—has only spent $2 billion of the $600 billion allocated for the program.

This is in part because many banks are unwilling to participate, likely in part because the loans come with greater risk than those through the Paycheck Protection Program. The Fed has already reworked the facility once, and is willing to do so again. “We’re continuing to work to improve Main Street, to make it available pretty much to any company that needs it and can service a loan,” Fed Chair Jerome Powell said last week.

So it seems clear that the Federal Reserve’s actions have had a lopsided effect.

And while it’s true that small companies and state and local governments would benefit most from more direct monetary aid from Congress (something Powell has called for), it’s just not particularly realistic to expect additional aid from Congress anytime soon in the current environment.

Congress chose to punt much of the economic recovery effort over to the Fed. And lawmakers are still mired in a battle over the next relief package, which has put the Fed in an uncomfortable spot.

So who will step into the breach?

There doesn’t appear to be an easy answer to this question. However, it’s obvious that our government’s relief efforts aren’t working for everyone, and certainly not for those on the downward side of that K-shaped curve. It’s also clear that the Fed and Congress need to take responsibility and come up with a better plan.

The Fed should reflect on whether its policies help the entire economy, not just the numbers scrolling by on the stock market ticker.

We should heed the words of Raphael Bostic, the head of the Atlanta Federal Reserve Bank and the first Black leader of a Fed regional bank, who wrote an essay this summer calling for the Fed to do more to help “reduce racial inequities and bring about a more inclusive economy.” He wrote:

We have the ability and the responsibility to link economic mobility and resilience to broader economic health and to raise awareness among stakeholders who may not be fully attuned to the consequences of an inequitable economy. Our work on this disparity has been going on for some time, but its urgency and importance have been renewed as the economic inequality adds fuel to the underlying oppression that is now driving the protesters.

Bostic concluded, “As the nation moves forward, the economy must work for all Americans.”

Congress should also reevaluate its dependence on the Fed to steer the nation through this economic downturn. Congress allocated $454 billion for the Fed’s relief programs, but by the end of August $259 billion of that had yet to be used, while expanded unemployment insurance and other relief programs have expired. If the Fed can’t put all of the funds to use, it’s time to reconsider how large a role the Fed should play in economic crises going forward.