A little over two months ago, we wrote this:

The Paycheck Protection Program—intended to rescue struggling small businesses—is a glaring example of how corrupted systems are chugging along amid the pandemic, with precious little oversight to keep them in check. … The program’s structure basically invited line-cutting and abuse.

Now, we’re starting to get a clearer picture of that abuse as federal prosecutors announce the first wave of cases involving individuals accused of swindling the Paycheck Protection Program and other pandemic aid programs. Almost from the start, the Paycheck Protection Program has been rocked by reports of millions of dollars in loans going to companies that didn’t appear to be struggling, and now it’s clear that the program was pretty susceptible to fraud as well.

A new report from the Project On Government Oversight found that the Justice Department has so far brought charges against at least 82 individuals in 56 cases for allegedly defrauding the program by forging documents, stealing identities, and providing false certifications. These cases involve over $113 million in loans—an eye-popping number when you consider the number of struggling small businesses that were shut out of the program, which ended in August. 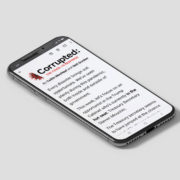 These first cases are just “the smallest, tiniest piece of the tip of the iceberg,” as Small Business Administration Inspector General Hannibal Ware told the New York Times in August. The Justice Department told Politico last month that it has opened “several hundred” investigations into possible pandemic loan fraud. The House Select Subcommittee on the Coronavirus Crisis found that tens of thousands of loans “could be subject to fraud, waste, or abuse” and that nearly $3 billion in loans to 11,000 borrowers raised “red flags.” And banks filed an unusually high number of suspicious activity reports while the Paycheck Protection Program was in full swing.

Despite troubling signs of widespread fraud in the program, the administration is recklessly moving ahead with plans to quickly forgive loans. Letting untold sums of taxpayer money go out the door without proper (or frankly any) oversight is a recipe for disaster. It is also downright outrageous, considering expanded unemployment has expired, state and local governments are facing major budget shortfalls, and Congress can’t put aside its petty partisan bickering long enough to approve a new relief package to help struggling Americans.

The way the Paycheck Protection Program was structured and implemented made it particularly susceptible to fraud.

The Small Business Administration began accepting loan applications just seven days after the program was enacted under the coronavirus relief bill, and according to the Government Accountability Office, most of the loans over $2 million were made during the program’s first few weeks. The government understandably wanted to get the money to struggling businesses quickly, but there was a marked lack of oversight, and acting quickly came at the expense of acting effectively.

The SBA started issuing loans before establishing clear guidelines about which companies qualified for the loans—such as the later-introduced requirement that banks prioritize businesses owned by women, people of color, or veterans—and is not reviewing loans of $2 million or less. As a result, as we documented in the inaugural edition of Corrupted, the program favored the well-banked and well-lawyered companies that could navigate the program and obtain loans quickly, while Black- and Latino-owned businesses were largely shut out.

The SBA also allowed companies to self-certify their eligibility and didn’t require banks to verify applicants’ tax information. This latter vulnerability seems to have significantly contributed to fraud in the program, since more than two-thirds of the fraud cases reviewed by POGO involved fraudulent tax documents. Plus, the generous processing fees banks earned on loans certainly gave them an incentive to cut corners on their due diligence.

A significant amount of fraud identified so far involved “fintech” lenders, companies that offer financial services—including loans—through technology, sometimes outside the traditional banking industry. POGO found that the two lenders which processed the most loans that the Justice Department alleges were obtained fraudulently worked with fintech companies to issue loans.

An insider at a fintech company told POGO that lenders prioritized speed and exercised less scrutiny of borrowers than is typical, and that the fees the lenders received for each processed loan posed a “huge moral hazard”.

An investigation by McClatchy and the Anti-Corruption Data Collective found more than 75 companies that received loans of $15,000 or more didn’t appear to have met eligibility requirements. Fintech company Kabbage, which issued the second largest number of PPP loans in the country by early August, was the lender in about one-fifth of those cases. This, paired with the company’s public admission that 75% of the pandemic loans it processed were not reviewed by a bank employee, suggests the lender skimped on due diligence.

Some of these fraudsters pulled off some pretty bold schemes to obtain pandemic relief loans.

One notable case involves professional football player Joshua Bellamy, who was charged last month for his alleged participation in a scheme to fraudulently obtain more than $24 million in Paycheck Protection Program loans. In another case, a Washington, DC, man allegedly obtained more than $2 million in pandemic relief loans by inventing phony emotional support animal companies. He then spent the money on a rowhouse and a yacht. Another accused fraudster sought more than $6 million in loans by allegedly creating fake companies named after characters from “Game of Thrones,” and successfully obtained more than $1.7 million.

The Economic Injury Disaster Loan Program Was Itself a Disaster

In July, the SBA inspector general warned it had “serious concerns of potential fraud” in the program “that require immediate attention and action.” The inspector general reported it was being “inundated” with complaints of suspected EIDL fraud or scams.

Following the release of that report, SBA Administrator Jovita Carranza sought to assure the public that the agency was already “doing all it can to reduce the risk of fraud.” But it seems that wasn’t exactly accurate. POGO obtained internal agency emails showing that the inspector general report sent the SBA scrambling to improve its fraud detection by making changes that should have already been in place, including better training, systematic verification of applicants’ tax information, and requiring photo identification from loan applicants.

Sure enough, EIDL fraud cases are cropping up as the Justice Department begins investigating loan recipients. Last month, a man from Buffalo, New York, was charged with obtaining a $60,500 Economic Industry Disaster Loan by allegedly stealing another person’s identity. Bloomberg reported that dozens of JP Morgan employees had received EIDL funds for which they did not qualify.

Bowing to pressure from banks and borrowers, the SBA is starting to work through a backlog of loan forgiveness requests without necessary oversight and internal fraud controls in place. The Treasury Department doesn’t plan on reviewing loans for $2 million or less. And pressure is also building on Congress to approve automatic forgiveness of loans under $150,000 and legal immunity for lenders if they can show reliance on certifications or documentation submitted by a loan applicant or recipient.

We can’t let that happen. The SBA should pause its loan forgiveness efforts until it has the necessary controls in place and carefully reviews all of the loans, including those under $2 million. The administration should also release the identities of the companies that received loans of $150,000 or less (which it has still failed to do) and reject calls to automatically forgive those loans.

The Department of Justice should also continue to aggressively flush out the fraudsters and recover stolen taxpayer money. A policy of encouraging and protecting whistleblowers would greatly help in this regard, as would robust enforcement of the False Claims Act. Name and shame the wrongdoers, or perhaps grant a period of amnesty for them to give back wrongly obtained or misused loans.

With tens of thousands of small businesses going under and millions of Americans struggling to find work and feed their families amidst the pandemic, the government has a duty to make sure federal dollars go to those who need it, not to fraudsters.