This article, originally published June 4, 2020, has been updated.

We are less than a week away from a national election that could easily boil over into nationwide activism and demonstrations. The president’s repeated refusal to commit to a peaceful transition of power, the possibility of mass litigation over ballots, and the risk of legislatures going so far as to push for their electors to ignore the popular vote all create the potential for large-scale protests over the next several months.

It’s critical that individuals in a democratic society can freely express themselves at any time, but perhaps never more so than when a president has said they may not accept the legitimacy of the election result.

However, we face far greater threats against the ability to peacefully protest than should exist in a country built upon the notion of free speech. This summer, we witnessed widespread use of force by law enforcement against protesters; most of those demonstrations were peaceful, yet were often met with police violence. And given the wide array of powerful surveillance technologies police now possess, protesters may also be worried about the potential for surveillance to be used against them. Members of Congress are currently pushing for investigations of whether such surveillance tools were used against civil rights protesters this summer.

Have we seen any powerful surveillance tech used in response to recent protests?

Yes. Although it can often take months or years to unearth law enforcement use of powerful surveillance tools to monitor protesters, some activities have already come to light. This summer, the Project On Government Oversight’s Jason Paladino brought attention to the fact that Customs and Border Protection (CBP) had deployed a Predator droneto circle Minneapolis and conduct surveillance. These drones were originally used by the military for targeted strikes, but are now also deployed (as this drone was) without any weapons for aerial surveillance.

This action raises serious concerns. Primarily, aerial surveillance of protests poses risks for civil liberties and demonstrators (more on the details of how below). More specific to CBP, the agency has no role in domestic policing, making its involvement in monitoring activities in the city problematic, and probably heightening the risk of misconduct: CBP officers using drones are trained to limit activities to the border zone, where privacy rules are weaker. This summer, the House Committee on Homeland Security requested that the Department of Homeland Security and FBI provide all information on surveillance of protesters.

Unfortunately, surveillance of protesters—especially those protesting against government misconduct—is a recurring issue. We have seen many instances in the last several years of law enforcement monitoring protests, notably those focused on police brutality. The Department of Homeland Security has engaged in extensive surveillance directed at Black Lives Matter protesters. We’ve also seen local police surveillance of Black Lives Matter activists and protesters in cities across the country. It was first reportedin 2017 that the FBI created an intelligence assessment describing a purported threat by “Black Identity Extremists,” and while the FBI has not discovered violent activity conducted within this category, the Bureau’s creation of the “Black Identity Extremists” assessment has spurred increased surveillance of Black activists. Law enforcement entities have also conducted intense surveillance of other peaceful protests. Surveillance of protests is dangerous because it creates the risk that protesters will be subject to selective prosecution or targeting. Even without clear government retaliation against protesters, the mere risk that surveillance enables such conduct could chill the expression of a First Amendment-protected activity that is vital to democratic society.

Perhaps the most significant risk of protesters being identified and cataloged through surveillance is in tracking phones. Law enforcement entities could use IMSI catchers(devices commonly called “stingrays” that capture a phone’s signals by imitating cell phone towers) to identify every cell phone in an area. A stingray can vacuum up phone data identifying its owner in a radius as large as several city blocks. Some models are handheld, while others are attached to vehicles or even aircraft. The government also skirts legal requirements by purchasing location information from private data brokers, something lawmakers such as Senator Ron Wyden (D-OR) have been working for years to stop.

In 2018 the Supreme Court ruled in Carpenter v. United Statesthat the government must obtain a probable cause warrant in order to engage in cellphone tracking, but left ambiguity as to whether short-term tracking—such as using a stingray to scoop up protesters’ phone information over the span of several hours—must abide by this same requirement. After the Carpenter ruling, we called onCongress to pass a full warrant rule that would have limited use of stingrays, a measure it has yet to act on but certainly should.

Protesters can better shield their phones from stingrays and other location-tracking techniques by leaving phones off or in airplane mode—a measure that minimizes but does not eliminate risk—or eliminate the risk of cellphone snooping entirely by leaving their phone at home. 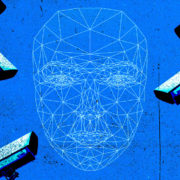 An ever-increasing number of law enforcement entities, including police departments, have and use face recognition surveillance technology. Face recognition can be used to identify people in crowds while protests are ongoing, or to build lists of protesters by scanning faces in photos and videos after events occur. We’ve already seen law enforcement misuse this technology to maliciously target protesters. In 2015, Baltimore police used face recognition to identify individuals protesting the death of Freddie Gray in police custody, find protesters with any unrelated outstanding warrants, and arrest them directly from the crowd. This activity seemed aimed at disrupting and chilling protests rather than at any sort of impartial enforcement of law. In the past, the FBI also touted using face recognition to identify individuals participating in First Amendment-protected events such as political rallies. This summer, multiple arrests of individuals at protests occurred based on face recognition scans.

A large number of law enforcement entities now have drones and access to aerial surveillance tools (you can read our detailed breakdown of how they work). For protests where law enforcement wants to have prolonged aerial surveillance, small drones are less likely to be used (because of limited battery life) than high-altitude, combustion-powered drones like the Predator drone that was monitoring Minneapolis. Or it can involve manned planes such as those used by the FBI to surveil protesters in Baltimore during the Freddie Gray protests. 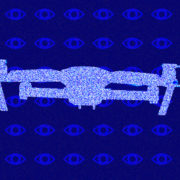 High-altitude aerial surveillance poses numerous risks. Some cameras attached to drones and planes are incredibly powerful, able to zoom in to identify license plates or capture images of faces even from tens of thousands of feet up. Additionally, law enforcement officials could identify individuals by watching the footage from an aircraft and tracking them (even as a small, identifiable dot in the video) from an event back to their residence. In fact, Baltimore police deploy a continuous aerial surveillance program from a company called “Persistent Surveillance Systems” which touts that it finds individuals in this exact manner.

The Supreme Court ruled in a 1986 case that the Fourth Amendment doesn’t constrain aerial surveillance. Although that decision—based on looking out the window of a low-flying police plane—could not have contemplated the capabilities of modern aerial surveillance, it has yet to be updated. And while there are no federal laws limiting drone surveillance, numerous stateshave enacted limits or entirely banned the practice.