President Donald Trump’s hardline anti-immigrant policies have been a cornerstone of his administration. Even during the deadly coronavirus pandemic, the Trump administration has doubled down on those policies to continue advancing its agenda.

Over the objections of government scientists, the administration used the crisis as a pretext to deny all legal protections for asylum seekers and unaccompanied children, leaving Central American children alone on the streets of Mexico. At the same time, they ignored warnings from public health experts that the coronavirus would spread rapidly in Immigration and Customs Enforcement (ICE) detention facilities, where detainees—most of whom have not committed a crime—are housed in overcrowded and poorly ventilated areas lacking personal protective equipment and hygiene supplies. The administration refuses to test detainees, partly to avoid the hassle of having to isolate and release those who are infected and partly out of concern that testing would uncover many more cases and make the president look bad. Those who call attention to unsafe conditions at the facilities are ignored or punished.

Dr. Amy Zeidan, a professor of medicine at Emory University, recently shared in The Hill a first-hand account of immigration detention centers in the state of Georgia. Her blunt assessment: “Conditions were abysmal before the pandemic. But as COVID-19 emerged, conditions progressed from awful to unimaginable.” 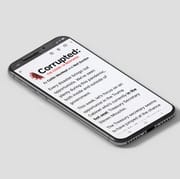 The result of these conditions is that, as of this week, more than 7,100 immigrants in ICE custody had been infected, and eight detainees who tested positive for COVID-19 had died. There have been dozens of confirmed cases of COVID-19 among ICE employees working at the facilities and, in Georgia, an outbreak in the surrounding community.

Meanwhile, the companies the government hired to manage the detention facilities and build the border wall are earning healthy profits. What’s more, these companies seem to be more intent on using their profits to keep the gravy train rolling rather than to ensure detention centers and wall construction sites are not worsening the pandemic.

Private prison companies have received billions of dollars in federal contracts. At least one of those companies also took advantage of federal pandemic relief and received millions more in taxpayer aid. But rather than investing that money into their facilities to keep them adequately staffed, safe, and virus-free, they devoted a sizable amount of it to lobbying, campaign contributions, and other forms of political influence.

The leading players in the industry are GEO Group and CoreCivic (formerly Corrections Corporation of America), which have each received in excess of $1 billion in contracts from the Trump administration. Both companies have been among the president’s financial backers during the recent election cycle. Each contributed $250,000 toward Trump’s 2017 inauguration. GEO Group went further and booked its 2017 annual conference at the Trump National Doral golf resort, and company executive David Venturella has been a frequent guest at the Trump International Hotel in Washington, DC.

GEO Group and CoreCivic also have long rap sheets involving conditions at their detention facilities. Inspections of several GEO Group-managed facilities found “egregious violations of detention standards,” including inadequate medical care and unsafe food. During the pandemic, GEO Group has come under fire for uncontrolled COVID-19 outbreaks and misuse of solitary confinement as a means of COVID-19 quarantine at its ICE facilities. The stress caused by solitary confinement has been blamed for the suicide in May of a detainee at its Mesa Verde Processing Center in California.

CoreCivic’s detention centers have also been COVID-19 hotspots. At least nine CoreCivic employees nationwide have died from COVID-19. While it hasn’t been proven that all of the employees contracted the virus on the job, one worked at CoreCivic’s Eloy Detention Center in Arizona, where numerous detainees and staff have tested positive.

Less prominent ICE contractors LaSalle Corrections and Immigration Centers of America have also attracted controversy. LaSalle Corrections saw a major COVID-19 outbreak this summer at its Richwood Correctional Center in Louisiana. Mother Jones reported on numerous deficiencies at the center, including allegations that guards blasted sick detainees with air conditioning (to “freeze them out”) so that their temperatures were low enough to allow deportation. Fortunately for LaSalle, it boasts a former high-ranking federal immigration official among its employees: Scott Sutterfield was acting director of ICE’s New Orleans field office until LaSalle hired him in September 2019.

Immigration Centers of America operates an ICE facility in Farmville, Virginia, at which a particularly severe COVID-19 outbreak occurred this summer. What makes this incident particularly galling is that, at the same time, the company pocketed millions of dollars in taxpayer-funded pandemic relief loans.

Building an impenetrable barrier along the U.S.-Mexico border was one of Trump’s most remembered campaign promises in 2016. It is a promise Trump has continued to tout during the pandemic, despite a lack of evidence supporting his claim that it will protect Americans from COVID-19 and despite concerns that it may actually be causing outbreaks in the border region.

The government has blasted and bulldozed through sensitive ecological and cultural areas to quickly erect 381 miles of 30-foot-tall fencing. To do so, it waived a multitude of environmental and contracting laws. The president repeatedly promised that Mexico would pay for the wall. Until then, its $15 billion (and steadily rising) cost will be shouldered by U.S. taxpayers.

The wall has been a financial bonanza for a select group of construction firms, some of which have ties to the Trump White House or the Republican party.

BFBC, an affiliate of deep-pocketed GOP donor Barnard Construction, has been awarded over $1 billion to build sections of the wall in California and Arizona. Almost half of that amount was awarded in April—at a time when that money could have been used to address the national shortage of personal protective equipment and medical supplies.

Fisher Sand and Gravel landed a $1.3 billion contract to construct a 42-mile section of the wall in Arizona. The award came after Trump “repeatedly urged” the Army Corps of Engineers to hire Fisher, whose chief executive is a generous supporter of the GOP and made repeated appearances on the president’s favorite channel, Fox News. Fisher was chosen despite a history of state and local environmental violations that cost the company millions of dollars in fines. Doubts about the company’s expertise arose this summer when it was reported that a three-mile wall Fisher built before winning the Army contract is in danger of falling down.

Both Fisher and Barnard are also beneficiaries of pandemic relief intended for hard-hit small businesses. Fisher won between $150,000 and $350,000 in Paycheck Protection Program loans, while Barnard Construction snapped up between $350,000 and $1 million.

For decades, the government has detained immigrants without legally binding health and safety standards and under laws that give it almost limitless discretion to hold people indefinitely. To remedy this, Congress must codify stricter health standards and tighter controls on the Department of Homeland Security’s authority to detain, transfer, and deport migrants.

In the meantime, ICE must ensure its detention centers comply with federal rules and guidelines regarding COVID-19. It should release as many detainees as possible and halt deportations, which would limit the spread of the virus. Just as importantly, Congress and other watchdogs must maintain rigorous oversight of contracts for detention centers and border wall construction. There must be accountability for contractors who fail to perform as promised or endanger public health.