Defense Department contracting officers overruled the Pentagon’s auditors and paid Boeing and Lockheed Martin nearly a combined $100 million that the companies might not have been entitled to, according to a recent review of a small sample of contracts by the Pentagon’s office of inspector general. The names of the companies in connection with the review are previously unreported. Auditors had questioned costs that the contractors had billed the government.

The names of the contractors are not mentioned in the inspector general review, citing Pentagon actions that are “pre-decisional in nature and subject to negotiation and settlement.” Instead, the review describes them as “two of the largest Department of Defense contractors” and calls them “Contractor A and Contractor B.” 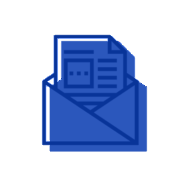 Get our latest updates and action alerts straight to your inbox.

The Project On Government Oversight (POGO) checked audit report numbers listed in the inspector general review against a list of audits obtained through the Freedom of Information Act from the Pentagon’s contract audit agency and were able to identify Contractor A as being Lockheed and Contractor B as Boeing.

The inspector general’s office examined 30 audit reports by the Defense Contract Audit Agency (DCAA) and the actions that Defense Contract Management Agency (DCMA) contracting officers took in response to the auditors’ findings between 2016 and 2019. In a typical year, the audit agency completes over 100 audits each of Lockheed and Boeing, and usually over 20,000 audits total annually. The contract audits are typically confidential and very rarely become public (rare exceptions include a handful of audits involving Halliburton that were released in the early 2000s).

The audit agency examines the costs that contractors claim when billing the government to ensure they’re allowed by law and regulation and are reasonable. According to its website, the audit agency’s “role in the financial oversight of government contracts is critical to ensure DOD gets the best value for every dollar spent on defense contracting.” Contracting officers administer contracts and authorize payments to contractors.

The findings of auditors are not the final word: Contracting officers can disagree with them and can choose not to take action on the audit agency’s findings, but they are required to explain and document their rationale for the decision. “There are frequently differences between what DCAA identifies and what DCMA is able to negotiate, and the contracting officers often have information that may not have been available to the auditors at the time of the audit,” Army Lieutenant General David Bassett, director of the Defense Contract Management Agency, told POGO in an emailed statement.

Additionally, contracting officers must obtain a legal review supporting their rationale when their disagreement with auditors is based on a differing interpretation of law or regulation.

Pentagon contracting officers did not adequately document their decisions or obtain the required legal review when disagreeing with the auditors’ findings in eight of the 30 audit reports, the inspector general found. Those eight audit reports questioned a total of $97 million in Lockheed and Boeing costs billed to the Pentagon.

Of the $97 million in potential overbilling, the vast majority—$90 million—was due to Boeing. It is unclear why there is such a difference between how contracting officers dealt with audit findings involving the two companies in the sample examined by the inspector general. It’s impossible to discern from the inspector general review alone whether that could be due to more actual overbilling by Boeing, a skewed sample (the inspector general review states the sample was chosen “non-statistically”), more coziness with or deference to Boeing by contracting officers, or some other reason.

In response to a question asking whether that much higher amount suggests coziness between the Defense Contract Management Agency and Boeing, Bassett told POGO that “DCMA works to maintain a professional and independent relationship with all contractors across the defense industrial base.” He added that his agency works to guarantee that the Defense Department “gets what it pays for and is charged appropriately. When we find issues where that is not happening, we work diligently to recover those costs and return money back to the government and the military services.”

The inspector general’s finding does not necessarily mean the contracting officers’ decisions were wrong. The Defense Contract Management Agency told the inspector general that if it cannot find adequate documentation after conducting additional searches for records it would review the eight cases and the decisions of its contracting officers. Bassett also told POGO that “while we have revised our processes to ensure better documentation of these decisions going forward,” his agency’s records from 2016 through 2019 have “limitations.”

In those eight cases, as well as in another six, supervisors also did not effectively oversee the contracting officers’ actions, according to the inspector general review. The review ultimately found shortcomings in the Defense Contract Management Agency’s handling of nearly half of the audits reviewed—14 out of 30.

That case involved a Boeing audit where a contracting officer did not adequately explain the reasons to allow the company to bill millions in costs questioned by auditors. For a $6 million subset of the tab that Boeing billed taxpayers, the inspector general explicitly sided with the auditors who questioned that billing. Boeing’s $6 million in charges “should not have been allowed,” according to the inspector general review.

Bassett told POGO that “there are situations where DCMA Contracting Officers do not agree with DCAA auditors when it comes to data sources used to evaluate executive benefit plans, and there is often post-audit dialogue between the parties.”

Highlighting the $6 million in particular, a former Defense Contract Audit Agency official who read the inspector general’s review at POGO’s request, and who requested anonymity, told POGO that “DCMA is almost always flexible in agreeing with the contractor” and “is known for taking the easy way out.” Bassett said that such a sweeping assertion does “not warrant a response” and cited $2.9 billion in costs that his agency saved taxpayers in fiscal year 2020. He said the agencies have distinct roles, but “we all have the same goal—making sure taxpayer dollars are used efficiently and effectively while delivering the best quality products and services to our men and women in uniform.”

The Defense Contract Audit Agency, Boeing, and Lockheed did not respond to requests for comment.

Disputes over contractor costs aren’t new. For instance, a 1985 report by the Government Accountability Office (then called the General Accounting Office) highlighted unallowable and questioned costs that were charged by contractors, and documentation that was inadequate to support paying certain bills. The only difference in 36 years: The 1985 report named the companies.