The practice of former government officials leaving to work for corporations they oversaw or regulated is commonly referred to as the “revolving door.” When it comes to the Department of Defense, the conflicts created by the revolving door can potentially lead to favoritism, ineffective weapons and programs, bad deals, and misguided foreign policy.

The revolving door of Pentagon officials and senior military leaders seeking lucrative post-retirement jobs often leads to confusing what is in the best financial interests of defense contractors with what is in the best interest of our citizens or national security.

This database tracks senior Pentagon officials and military officers who have gone to work for Pentagon contractors, lobbying firms, and consultants trying to win Department of Defense contracts. 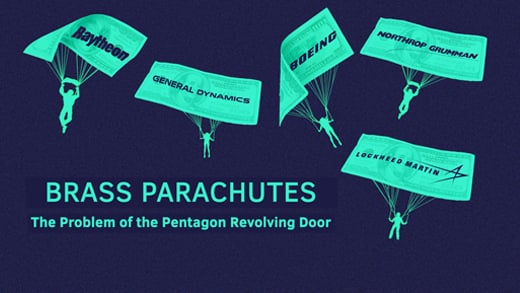