Under pressure from the nation’s largest dental industry organization, the Centers for Disease Control and Prevention (CDC) reversed its guidance on dental procedures in May, advising dentists it may be safe to open for routine care despite the ongoing coronavirus pandemic.

The move could put patients and dental workers at unnecessarily heightened risk of contracting the potentially fatal disease, experts say. Others warn of something potentially more dangerous: the growing influence of private business interests in the government’s public health response to the deadly pandemic.

Under pressure from the nation’s largest dental industry organization, the CDC reversed its guidance on dental procedures.

In late March, the CDC recommended that U.S. dentists cease all non-emergency procedures—like teeth cleanings, routine checkups, and cosmetic work. The CDC updated its guidance on emergency work in early April to advise dentists and their staff wear the highest available level of protection, since many dental procedures use tools that create sprays of aerosolized saliva.

But dentists, hygienists, and dental assistants around the country told the Project On Government Oversight their dentist employers were calling them into the office for routine patient visits, even before the CDC’s recommendations were reversed.

A hygienist in North Carolina who expressed concerns to their boss about a lack of extra procedures to minimize risk to patients was told they could “submit [their] resignation if [they were] uncomfortable working in that environment,” according to text messages shared with POGO. The hygienist, who hasn’t submitted their resignation, requested anonymity.

“We are in the most dangerous profession,” said Doctor Jeffrey S. Miller, a dentist in Indiana, who told POGO that current dental equipment can “blow virus like a spray gun out of any mouth of anyone coming in.”

The dentists’ reopening efforts were championed by the American Dental Association, a well-funded and deeply connected lobbying organization that spends millions annually on influencing Washington on behalf of the dental industry.

The dental association lobbied the CDC to weaken its recommendation against non-emergency procedures even as other experts and groups said the CDC’s concerns were warranted. The CDC’s guidance also concerns proper protective equipment for staff, but the association issued guidelines to U.S. dentists that competed with the CDC’s own recommendations—often advising a lower standard of protection. 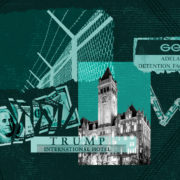 By May 6, as some business owners and political groups began publicly calling for the country to reopen, the dental association had changed its tune, urging the CDC to revise its guidelines, arguing that new guidance was needed for areas of the country where COVID-19 cases were declining. That new guidance was made public on May 21.

The CDC isn’t the only federal agency involved in pandemic response that apparently gave in to the American Dental Association’s efforts. According to the dental association, the Federal Emergency Management Agency (FEMA) made dentists a higher-priority sector for receiving personal protective equipment. FEMA now considers dentists the fourth most essential sector of health care for PPE, behind hospitals, nursing homes, and physicians, the Wall Street Journal reported. Dentists weren’t originally included on the priority list, but dental association lobbying efforts successfully elevated them to number seven, and eventually number four, according to the Texas Dental Association.

The American Dental Association has a well-funded lobbying machine in DC, spending over $2 million a year and employing 25 lobbyists in 2019, according to data compiled by OpenSecrets. According to lobbying disclosures, the dental association spent over half a million dollars between January and March of this year. The lobby focused on various coronavirus aid bills, and targeted the CDC, Department of Labor, Department of Health and Human Services, House of Representatives, Senate, and the White House. It did not disclose any lobbying of FEMA. The American Dental Association influence machine also funds political campaigns. The organization’s Super PAC has spent $114,000, exclusively supporting Republicans, in the 2020 campaign cycle. From the 2010 to 2016 election cycles, it solely spent to support Republicans, then in the 2018 cycle gave only to Democrats.

In 2015, the dental association purchased a Victorian home on Capitol Hill, a stone’s throw from House office buildings, for just under $2 million. That year, the home was zoned as a “private club,” a designation reportedly only available if the home is not used for lobbying. The purpose of this purchase, according to the association’s website is “for ADA members to engage in the political process when visiting our nation's capital.” The American Dental Association did not respond to multiple requests for comment from POGO.

“I put their power right up there with the NRA,” a Republican lawmaker told the Washington Post in 2017. “Dentists do everything they can to protect their interests—and they have money.”

The American Dental Association’s member dentists, many of whom own their own practices, may be eager to get back to work. But where they see revenue inside their patients’ mouths, their staff see something else: risks of catching the novel coronavirus, spreading it to other patients and loved ones, and using up vital PPE needed by frontline medical professionals, just to perform procedures that can easily wait a month, or two, or six.

According to a dental assistant in Texas who feared she would lose her job if named, her office had completely run out of N95 masks and face shields, but had scheduled patients anyway. Hygienists and dentists donned surgical masks instead, and continued to see patients while the practice’s chief financial officer scrambled to find proper equipment.

A dental hygienist in North Carolina, who requested anonymity for fear of retribution, told POGO they were instructed to use one N95 mask per week. According to the hygienist, this means using the same mask for 32 patient visits. The hygienist provided a photo of the masks made available by the dentist, showing they expired in 2010.

A hygienist in Florida told POGO that the practice lacked proper ventilation and filtration, and was still scheduling eight patients a day, allowing no time for the sanitization tasks laid out in the CDC guidance.

In addition to concerns about a lack of PPE, some dentists are concerned about worsening the shortage.

“I didn’t even attempt to purchase any [PPE], because it didn’t feel ethically right to, you know, you see nurses with bandanas tied around their faces,” M. Kathleen Loeffert, a dentist who owns her practice in Pennsylvania, told POGO. She has kept her practice closed, making exceptions for emergency patients and teledental consultations, even as other practices in her county begin opening for routine care. “In my mind it was really hard to justify putting all of these little dental practices into this—what I call the PPE Hunger Games.”

A month after the CDC revised its guidelines advising dentists to reopen, the Washington Post reported that nearly two-thirds of frontline medical workers are still struggling to find N95 masks.

“For us as dental providers to disrupt that supply chain even more, does that put our health care workers at greater risk?” asked Matt Crespin, president of the American Dental Hygienists Association, in an interview with POGO.

As of June 4, every state is allowing routine dental care.