The handling of the Industrial Excess Landfill (IEL), a Superfund site in Uniontown, Ohio, has been a source of contention between the community and the U.S. Environmental Protection Agency (EPA) for over 20 years. Under the terms of the Comprehensive Environmental Response, Compensation, and Liability Act (CERCLA), also known as Superfund, the EPA is charged with addressing both the release and the substantial threat of a release of a hazardous substance into the environment.1 Rather than fulfilling its mandate, however, the EPA has only grudgingly responded to the concerns of the people in this community and has essentially dismissed their concerns with no explanation for the problems that appear to afflict them. For over two decades, residents living near the site, represented by Concerned Citizens of Lake Township and American Friends Service Committee, have actively engaged the EPA over the quality of the characterization of the site, the accuracy of background data for various chemicals and radioactive materials, the methods used to test for contaminants, and the EPA's invalidation or dismissal of test results indicating the presence of radioactive contaminants at levels of concern. Although the community has raised several concerns regarding IEL, this report will focus specifically on the EPA's efforts to accurately characterize the potential for radioactive contamination of the site. 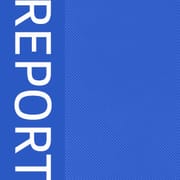 Download the full report, "A Partial Approach to Clean-Up: EPA Mishandles Superfund Investigations", and its appendices.

So far, results have been inconclusive as to whether or not radioactive contamination exists at IEL and several experts agree that further testing is required to find out. This report investigates the EPA's contradicting claims that the site has been adequately characterized. This site is only one example which serves to illustrate an apparent tendency at the EPA to give more weight to PRPs' financial considerations than to favoring remedies that are the most protective of human health and the environment. Illustrating this bias is EPA's general practice of allowing the parties suspected of polluting a site (known as Potentially Responsible Parties or PRPs) to perform the sampling and analysis of that site. The EPA states that "[a]llowing the PRPs to conduct groundwater sampling is not unusual and has been done at many other Superfund sites like IEL. In fact, having PRPs conduct and pay for sampling activities is actually the strongly preferred method of conducting business in the Superfund program,"(Appendix A). This practice inherently taints the entire process, however, leaving the impression that the EPA has been "captured" by the industry it is intended to monitor. After all, those polluting companies have a financial interest in coming up with clean results lest they have to foot the bill for an extensive clean-up of a site. POGO is focusing on the IEL case in order to investigate the success of the EPA's Superfund program in accomplishing its mission.

The IEL Superfund site is located in Uniontown, Ohio, about 10 miles southeast of Akron. From 1966 to 1980, the landfill accepted industrial wastes which contaminated the soil and groundwater at the site. As a result of the extensive contamination and proximity to homes, the Environmental Protection Agency placed IEL on the National Priorities List (NPL), meaning it was one of the country's most contaminated sites. The companies identified by the EPA as PRPs include B.F. Goodrich Company, Goodyear Tire & Rubber Company, Bridgestone/Firestone, Inc., and GenCorp.

In 1989, the EPA issued a Record Of Decision (ROD) outlining an aggressive clean-up plan designed to prevent the further spread of contaminants which would include a protective cap and a pump-and-treat system. The cost of this remedy, in 1997 dollars, was estimated at $25.9 million. After the release of the ROD, further studies meant to fine-tune the remedy were conducted. In1997, the PRPs took over the performance of those studies and, based on their data, the EPA issued an amendment to the ROD in March 2000. The amended ROD substituted a passive plan, called "monitored natural attenuation," relying on rain water to cleanse the soil, for the original pump-and-treat design but retained a cap. The cost of this remedy, in 1997 dollars, was estimated at $13.6 million. Now, the EPA is attempting to replace the cap portion of the remedy to a process called "phytoremediation," planting vegetation to absorb toxins, which will reduce the cost again to approximately $7 million, in 2002 dollars.

"Monitored natural attenuation" and "phytoremediation" are processes by which a site is naturally corrected, without human intervention, within a time frame that is reasonable. While phytoremediation and natural attenuation can be effective methods for addressing some sites, justification for such a remedy requires extensive site characterization and specific conditions. Selecting phytoremediation and natural attenuation at sites where unfavorable conditions exist could result in uncontrolled contaminant release. The decisions to formulate the original remedy and then change it without adequate site characterization came under considerable criticism from outside experts, Uniontown residents, and Congressional representatives.

Numerous illnesses occurring near IEL, which typically tend to be caused by radiation, and eyewitness accounts of suspicious disposals at the landfill, raised the public's concern of possible radiation contamination at the site. The EPA was skeptical because no indication of an illegal disposal of radioactive materials at the landfill had been found during its records search. However, public pressure from the Uniontown community finally forced the EPA to test for radiation in the early 1990s. Throughout the 1990s up to the present, the EPA has maintained that test results have shown no sign of disposal of radioactive materials at IEL.

But according to experts hired by a community group, Concerned Citizens of Lake Township (CCLT), and independent scientists, the EPA sampling and testing has actually been inconsistent and inconclusive at best. The problems have included the decision by the EPA to limit its testing to groundwater instead of the much more rigorous method of testing soil core samples; background wells that are too few in number and too close to the landfill to be untainted by the site; and the invalidation or dismissal of results indicating the presence of elevated levels of radiation, with seemingly weak justification by the EPA.

Of primary concern is the fact that much of the data has been highly inconclusive- neither indicative of the presence nor absence of radioactive contaminants. Yet, the EPA consistently interprets this data as proving the absence of such contamination and insists that it has found no indication of radioactive contaminants at IEL. With test results unable to credibly rule out radioactive contamination, such a vast array of anecdotal information, and some high level test results, as well as an unacceptable level of risk if the EPA is wrong, the EPA appears biased in its assessment of the site. Even when the former owner of IEL came forward last year with information of buried nuclear materials at the site, the EPA was skeptical and its year-long investigation failed to seriously investigate his allegations.