Over the past year, the president of the United States has publicly criticized his appointed leader of the Federal Reserve (the Fed), the United States’ central bank. In August 2019, President Donald Trump even tweeted questioning whether the Fed chairman was a bigger enemy of the United States than the president of China, all because the chairman spoke at an annual central bank symposium about how the economy has “continued to perform well overall” but acknowledged “trade policy uncertainty seems to be playing a role in the global slowdown.”

Independence helps ensure the Fed can effectively pursue its statutory goals based on objective analysis and data, and not political considerations.

So does refusing to follow the wishes of a president mean the Fed chairman is an enemy of the state? The answer: No. It means he’s simply following the mandate the Fed was given by Congress to be an independent entity of the federal government, insulated from undue political pressure. Past economic crises have shown the long-term harm that can occur when monetary policy is dictated by short-term political considerations, and the need to insulate the Federal Reserve from political pressure. By granting the Fed independence, Congress has helped ensure that the Fed can effectively pursue its statutory goals based on objective analysis and data, and not political considerations.

Composed of 12 regional Federal Reserve Banks, the Fed is overseen by a Board of Governors in Washington, DC, and is tasked with crafting and implementing the nation’s monetary policy to promote maximum employment, stable prices, and moderate long-term interest rates. Congress granted the Fed unique characteristics which help ensure its independence from both the executive and legislative branches: A significantly longer length of terms for members than those of most agencies, staggered over multiple administrations and Congresses, and its own funding mechanism that makes the Fed independent from congressional appropriations.

Without its autonomy, the Fed could be influenced by politicians focused on upcoming elections and might enact an excessively expansionary monetary policy to lower unemployment with the goal of getting those politicians elected or reelected. While this may reduce unemployment in the short term, this could lead to high inflation, and in turn, fail to control unemployment over the long term. According to former Fed Chairman Marriner Eccles, who headed the Fed from 1934 to 1948 and after whom the Fed’s headquarters is named, if “people were appointed to operate the system for purely political reasons, rather than with reference to their qualifications, and they were made to feel subservient to the point where their best judgment was not exercised, then of course the system, under those conditions, would be badly and inefficiently and ineffectively operated.”

It is essential that the Federal Reserve continue to manage the nation’s monetary policy in a nonpartisan way that is independent and free from undue political interference.

Unlike most federal agencies, the Fed’s budget is not subject to congressional appropriations. Instead, the Fed is self-funded, primarily through the interest earned on the securities it owns, as well as the fees it receives for services it provides to depository institutions such as check-clearing, fund transfers, and automated clearinghouse operations. The financial arrangement is key to the independence of the Fed, allowing it to operate independently of day-to-day partisan political pressures. If the Fed was under the normal appropriations process, it could be pressured to make certain decisions not because they constitute good monetary policy, but rather because the governors feared that their funding would be stripped. It’s worth noting that over the years, there have been several bills in Congress that would subject the Fed’s nonmonetary policy functions to appropriations while maintaining the current funding stream strictly for its monetary functions. By not including monetary functions in these bills, Congress is again signaling the need to keep monetary policy independent from political influence.

While ensuring independence of the Fed is critical to maintaining monetary policies that are free from undue political interference, ensuring the accountability of the Fed, as well as all other government agencies, is equally important. Although the Fed is independent of the legislative and executive branches, it is still accountable to Congress. The Fed is statutorily required to testify semiannually before and present a written report to the House Financial Services Committee and the Senate Banking, Housing, and Urban Affairs Committee. As Fed Chairman Jerome Powell told the Senate Banking Committee on July 11, 2019, the Fed’s “independence brings with it an obligation for transparency so that you and the public can hold us accountable.” These hearings provide an opportunity for Congress to conduct oversight of monetary policy, regulatory policy, and a variety of other issues in a manner that is open for the public to see. In addition, the Fed has an Office of Inspector General that is tasked with providing oversight by conducting audits, investigations, and other reviews related to programs at the Fed.

History of Reforms at the Federal Reserve

In the wake of the financial panic of 1907—when the stock market collapsed, banks failed, and credit evaporated—Congress realized the need for a central bank and created the Federal Reserve System in 1913. The recovery after World War I brought about a period of economic prosperity and growth, in part due to the monetary policies of certain reserve banks. The economy and stock market grew quickly during this time, resulting in wild speculation that, in turn, led to stocks exceeding their real value by the end of the decade. A decline in production and wages combined with a rise in unemployment and debt soon followed. Thus the economic expansion quickly came to an end, with the stock market crashing in 1929 and a series of banking and financial crises shortly thereafter. The Federal Reserve’s reaction to the crises varied across the districts, as the reserve banks were decentralized and operated independently of one another. As a result, the Fed was blamed for failing to stem speculative lending that led to the Great Depression, and for not pursuing uniform monetary economic policies that could have lessened the depth of the worst economic downturn in U.S. history. Over the next few years, Congress made several reforms to the Fed’s structure and independence in order to improve its ability to prevent future crises and to promote national economic goals.

The Banking Act of 1933, among other things, better positioned the Federal Reserve Board as the supervisor of the regional reserve banks, a response to the earlier efforts of the Federal Reserve Bank of New York to position itself as the leader of the entire Federal Reserve System. Before that law, the Fed did not have as much influence as the individual reserve banks, and simply approved the interest rates that individual reserve banks charged commercial banks. The New York Fed had been particularly powerful. In trying to head off a recession after World War I, it began engaging in what’s known as “open market operations.” Open market operations is the practice of purchasing large amounts of government securities as a means of managing the amount of money in the U.S. economy, thus affecting interest rates. The New York Fed also worked with foreign central banks, and its monetary policies helped stabilize prices in the United States and abroad, which in turn led to rapid U.S. economic growth throughout the early and mid-1920s. The New York Fed and its governor, Benjamin Strong Jr., demonstrated the significance open market operations can have in influencing the availability of credit in the banking system, and drew worldwide praise for their actions. These efforts were effective and had a lasting impact on the future of the Fed’s activities and structure, including being the beginning of the Fed’s practice of using open market operations as a means of stabilizing the economy and domestic prices. 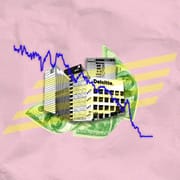 The banking crises of 1930 and 1931 demonstrated how the different open market operations strategies among the reserve banks had varying effects on the economy. Open market operations have been the main method the Fed uses to fulfill its lender-of-last-resort function, which is the practice of a central bank providing credit when funds are not available from any other source. Beginning in November 1930, banks began to fail as customers started withdrawing their deposits, and the banks didn’t have enough reserves on hand to meet the withdrawals. Some districts such as the Reserve Bank of Atlanta acted as a lender of last resort to both member and non-member banks, and some districts such as the Reserve Bank of St. Louis only acted as a lender of last resort to member banks. After the crisis, in the Atlanta district the economic contraction slowed and recovery began, while in the St. Louis district hundreds of banks failed, lending declined, business faltered, and unemployment rose. The inconsistent actions by the district reserve banks demonstrated the power of open market operations, as well as the negative economic effect that can occur when open market operations are not undertaken when they should be.

The success of the New York Fed in the 1920s and the varied responses of the decentralized district reserve banks to the banking crises during the Great Depression highlighted the need for a system with greater coordination, collaboration, and supervision.

Realizing the value of open market operations, Congress created the Federal Open Market Committee, which is the policymaking body of the Federal Reserve System and assesses the risks to the Fed’s long-term goals of price stability and sustainable economic growth. The new system-wide monetary policy committee aimed to address the failures of the decentralized reserve system that had made it difficult to devise a national monetary policy when banks began to fail leading up to the Great Depression.

The Banking Act of 1935 increased the Fed’s independence from the executive branch. Among other things, the Act removed from the Federal Reserve Board the secretary of the treasury, who had served as the chairman, and the comptroller of the currency, who had served as a member. Removing these offices from the board helped to minimize partisan political influence over monetary policy. During hearings before the Senate Banking Committee during the bill’s consideration, then-Fed Chairman Eccles told the committee that the Fed “should not be considered a political body,” adding that “the law makes the Board a nonpartisan body, on which political parties are not represented.”

Moreover, the Banking Act of 1935 moved the Fed’s meetings from the Treasury Department to a new building, further signaling the independence of the Fed from the Treasury. That law also created the Federal Open Market Committee’s modern structure, consisting of seven members of the Board of Governors, the president of the Federal Reserve Bank of New York, and the presidents of four other banks on a rotating basis. This modern structure further enabled regional banks’ participation and coordination in a unified national monetary policy.