In the lead up to the elections there was increased fear that President Donald Trump’s calls for “poll watchers” would lead to intimidation and violence that might require the use of military and federal force to restore peace. Fortunately, most of those fears never came to pass, though concerns about voter suppression endure. Current law includes a number of protections for voters against the president ordering federal law enforcement and military forces to be deployed to the polls, but the president’s requests exposed a number of loopholes and ambiguities that Congress should consider closing to protect the integrity of future elections.

The principle that the military should stay out of domestic affairs has been a bedrock of our system of government.

From the Magna Carta to the Articles of Confederation and finally the Constitution, the principle that the military should stay out of domestic affairs has been a bedrock of our system of government. In October, POGO’s Constitution Project hosted a conversation with experts to delve into some of the concerns around use of force raised in the run up to the election. To grossly over-simplify a conversation that should be listened to in full, it was clear that the law provides a number of safeguards to protect the integrity of elections and prevent the use of force. For example, Center for Strategic and International Studies senior adviser Suzanne Spaulding, formerly an under secretary at the Department of Homeland Security, pointed out that while most Americans only think about election security issues every four years, local and state election officials are always considering and preparing for how to manage unexpected disturbances. Josh Geltzer, the executive director for the Institute for Constitutional Advocacy and Protection at Georgetown University, pointed out that every state has laws against private militias patrolling polling locations. Moreover, the Supreme Court ruled in 1886 and in 2008 that the Second Amendment “does not prevent the prohibition of private paramilitary organizations.” And Becky Monroe of the Leadership Conference on Civil and Human Rights spoke about how the Fighting Hate and Bias Project she directs was working with a number of organizations to ensure voters would be able to safely access the polls.

A resource created by the Brennan Center detailed the many ways that Congress and states have put laws into place to make sure our elections do not become militarized. Specifically, it pointed to laws either completely prohibiting the use of forces at the polls (whether it be a vigilante who intimidates voters, the military, or the Department of Homeland Security), or only under stringent restrictions (the National Guard and state and local law enforcement). Those laws include criminal prohibitions against intimidating voters. Members of the military who violate those laws face the penalty of being “disqualified from holding any office of honor, profit, or trust under the United States.”

The president’s top military adviser repeatedly said the military has no place in politics. General Mark Milley, the chairman of the Joint Chiefs of Staff, spoke publicly on a number of occasions about the necessity of keeping the military out of domestic politics. He apologized to the House Armed Services committee for participating in the president’s walk across Lafayette Square following the use of force that had been employed to clear the largely peaceful protests sparked by the murder of George Floyd. “I should not have been there,” he said. “My presence in that moment and in that environment created a perception of the military involved in domestic politics.” And in response to questions posed to him by NPR, he expressed similar sentiments about the military’s role in elections. “This isn’t the first time that someone has suggested that there might be a contested election. And if there is, it'll be handled appropriately by the courts and by the U.S. Congress,” he said. “There’s no role for the U.S. military in determining the outcome of a U.S. election. Zero. There is no role there.”

But even if the military wanted to stay out of the fray, it wasn’t completely able to. Texas Governor Greg Abbott ordered 1,000 National Guard troops to San Antonio, Houston, Dallas, Fort Worth, and Austin. At the time a spokesman for the Texas National Guard told the San Antonio Express-News that “he could not provide an explanation of why the governor would order troops to the polls.” Other states, including Washington state and Oregon, also prepared their National Guards to intervene in the event of unrest.

Lafayette Park as a Rehearsal for Abuse of Force

The idea that the military should not be used domestically against U.S. citizens is codified in the Posse Comitatus Act, which generally prohibits active duty forces from being used for domestic policing. 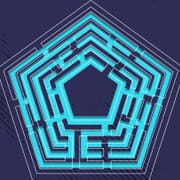 What’s the Military’s Role in a Contested Election, with Mark Nevitt

Retired Navy JAG and Syracuse Law professor Mark Nevitt talks about the laws governing the president’s authority to deploy the military within the United States.

Listen to the podcast

Trump’s and then-Secretary of Defense Mark Esper’s march across Lafayette Park after peaceful protesters had been tear gassed to clear the way, and the use of the National Guard in the incident, raised questions about the powers of the president to deploy force domestically. The events that day were even more troubling as they came on the heels of Senator Tom Cotton’s (R-AK) recommendation that the president invoke the Insurrection Act to send in the troops. Though the president never did invoke the act, the events in Lafayette Park set off a firestorm of concerns and criticism about the potential for the president to abuse his powers under that act. That Esper’s opposition to its use was likely a contributing factor in his recent firing lends credence to those concerns.

As law professor and retired Navy Judge Advocate General Mark Nevitt explained on our Pentagon Labyrinth podcast, the Insurrection Act is an exception to the Posse Comitatus Act. In recent history the most prevalent use of the Insurrection Act has been as a tool to protect Americans’ constitutional rights. For instance, President Dwight Eisenhower called in the 101st Airborne to escort Black students into Central High School in Little Rock, Arkansas, after the governor used the National Guard to block their entrance. President John Kennedy invoked the act to enforce civil rights laws in Mississippi and Alabama. The last time it was invoked was in response to a request from the governor of California to help the state respond to riots in Los Angeles following the acquittal of police officers who beat Rodney King.

Trump never invoked the Insurrection Act, but the specter that he could has quickly become the center of public and congressional attention. Just as the president’s national emergency authority could be used to circumvent congressional approval and the law, legislators worried that the president could declare a rebellion or an insurrection that would allow him to use the military for domestic purposes irrespective of whether the facts actually warranted such an extraordinary action. In response, Congress included a number of provisions in the National Defense Authorization Act to curtail that authority, including an amendment by Representative Veronica Escobar (D-TX) requiring consultation and an explanation to Congress to accompany any use of force, and another by Senator Tim Kaine (D-VA) that prohibits the use of Department of Defense funds to infringe upon First Amendment rights. Both provisions received bipartisan support, and POGO urged the committees to preserve them in the final legislation.

Other legislation offered, described briefly below, would go even farther:

Even with that lengthy list, there are still other areas Congress might consider making changes to ensure that the Insurrection Act is not abused by this or future presidents. As Nevitt argued in Just Security, Congress should more specifically define in the Insurrection Act what “opposes or obstructs the executive of the laws of the United States” or “impedes the course of justice under those laws” means when it comes to using military force against fellow citizens. Lawfare also provides a compelling case for better defining what falls under “homeland defense” as an exception to Posse Comitatus restrictions.

While many think of the active military and the National Guard as being largely the same, they are actually primarily governed by two separate areas of law and two separate primary commanders. The active duty military is commanded by the president as commander-in-chief and the laws governing them fall under Title 10 of the U.S. Code. The National Guard, on the other hand, is primarily commanded by their state governor and mostly operates under Title 32. Which statute applies depends on who mobilizes the Guard, with most federal missions falling under Title 10. If the Guard is acting under Title 32, there isn’t an explicit prohibition against supporting law enforcement, so those activities are permitted by the “other duty in addition to” mandatory training provision of Title 32 that includes “homeland defense activities.” As the Congressional Research Service points out, that provision was exercised both to provide airport security after 9/11 and to provide assistance to U.S. Customs and Border Protection at the end of President George W. Bush’s administration. Another reform to consider is expanding or modifying current Posse Comitatus restrictions to the National Guard, whether or not they’re operating under Title 10 status (when Posse Comitatus applies) or Title 32 (when it does not). The impact of that loophole became starkly clear at Lafayette Park. While the DC National Guard is under the command of the president in either circumstance, the states augmenting those forces were not. “Even though [both state and DC] Guard troops were clearly acting at the direction of the president and secretary of defense, the president did not officially federalize them, leaving them free to conduct law enforcement activities,” the Brennan Center’s Elizabeth Goitein wrote in July. A similar ambiguity about Guard member status and the president’s use of the Guard at the border led the Department of Defense inspector general to conclude in August that no violation of the act had occurred.

Transparency could also help enhance oversight and assuage anxiety about the misuse of force at home. A number of Army documents make clear that the attorney general is responsible for coordinating the federal use of force. The details of what that entails are less clear. As Ryan Goodman and Steve Vladeck wrote in Just Security, a complete accounting of the role of the attorney general in managing a military response to civil unrest has not been made available to the public. A previous attempt to obtain plans to address civil disturbances through the Freedom of Information Act was denied by the Obama administration in 2015. Even if these plans are too sensitive to be released to the public, they should be provided to Congress if they haven’t been. Avoiding political interference in decisions around responding to civil disturbances, they argue, might include diffusing decision-making authority from political appointees to nonpartisan career professionals.

While the biggest concern is that the misuse of federal forces infringes upon our constitutional rights, such misuse also inevitably takes resources away from the general readiness of our military forces. To that end, Congress might consider requiring more robust justifications so they can better determine whether using the military in domestic civil protests or disturbances violates provisions that prohibit the military from providing support to civilian law enforcement that will “adversely affect the military preparedness of the United States.”

While the Constitution did make allowances for a military response to insurrections, recent controversies make clear that ambiguities in that authority could be too easily abused. Preserving the separation of military force from domestic politics means making sure that our laws are strong enough to prevent any president from destroying that separation of power.