A Senate Finance Committee hearing tomorrow focuses on the high cost of prescription drugs and what can be done about it. But if you look beneath the surface, the witness list for the hearing spotlights another issue: the wide reach of pharmaceutical industry money among people and groups in a position to influence drug policy.

The witnesses include the head of a Washington think tank that has received funding from a major pharmaceutical lobby and a doctor who has received payments from drug companies.

That’s not to mention the money drug company employees and political action committees have contributed to members of the Senate Finance Committee, or the millions of dollars that the pharmaceutical industry spends on lobbying.

The witness list for this drug pricing hearing spotlights another issue: the wide reach of pharmaceutical industry money among people and groups in a position to influence drug policy.

The Senate hearing slated for tomorrow, which is the Finance Committee’s first of the new Congress, illustrates how important the affordability (or unaffordability) of prescription drugs is for many Americans and the political reverberations of the problem.

“As I’ve stated time and again, addressing the sky-high cost of prescription drugs is a priority for me and the Senate Finance Committee this Congress,” the committee’s chairman, Senator Chuck Grassley (R-IA), said in a news release.

One of the people the committee has invited to testify Tuesday is economist Douglas Holtz-Eakin, president of American Action Forum (AAF). On its website, American Action Forum says it “proudly leads the center-right on economic and fiscal policy issues” and “combines timely analysis and modern communications strategies to promote innovative, free-market solutions.”

AAF’s website says it “by and large will leave its sister organization, the American Action Network (AAN), to engage in any appropriate direct legislative advocacy in support of the policy proposals it discusses.”

Pharmaceutical Research and Manufacturers of America (which goes by “PhRMA” for short), a major lobbying organization for drug makers, has given millions of dollars to AAN, according to forms PhRMA has filed with the IRS. 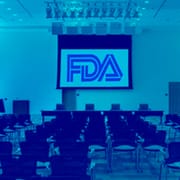 In FDA Meetings, "Voice" of the Patient Often Funded by Drug Companies

At an August 15, 2016, public forum convened by the Food and Drug Administration, panelist Marc Boutin introduced himself as CEO of National Health Council and said his organization provides “a united voice for people with chronic disease and disabilities.” Speaking at the agency’s invitation, he proceeded to praise a far-reaching deal the FDA had struck with the pharmaceutical lobby—a bargain designed in part to speed FDA approval of new drugs.

(Those are the most recent periods for which IRS filings for those organizations are available online through an information service called GuideStar.)

“While our donors are free to disclose their financial support as they wish, we don’t disclose or discuss our donors—and I don’t believe we ever have,” AAF Press Secretary Andrew Evans said by email.

“Views expressed by AAF staff, including Dr. Holtz-Eakin, are theirs and theirs alone,” he added.

The AAF spokesman declined to say what Holtz-Eakin plans to tell the Finance Committee tomorrow. However, the AAF website includes postings by Holtz-Eakin on drug policy.

In an August 2018 commentary, Holtz-Eakin critiqued a change in Medicare prescription drug policy that, he wrote, “shifted . . . private sector costs from insurance plans to manufacturers.”

“[F]orcing the manufacturers to pay transformed the program in part to a tax-and-spend clone of the remainder of the failed entitlement state,” he wrote.

In a May 2017 commentary, Holtz-Eakin and a co-author wrote:

“Remember that the goal is not low cost, it is high value. It is easy to have low-cost drugs; they, however, may not do much good. Conversely, it might make sense to have a pricey drug if its therapeutic benefits are high enough.” 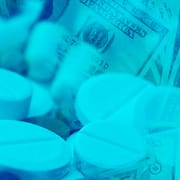 It is often said that some government regulator or another is in the pocket of industry. In the case of the Food and Drug Administration, it’s a fact prescribed by federal law. To understand how, consider the legally mandated process that has been playing out over the past year between regulators at the FDA and representatives of the drug industry they oversee.

Holtz-Eakin formerly served as director of the Congressional Budget Office.

Also slated to testify at tomorrow’s hearing is Peter B. Bach, a physician and the director of the Center for Health Policy and Outcomes at the Memorial Sloan Kettering Cancer Center. Bach’s research “focuses on the cost and value of anticancer drugs,” and he has been working to develop “new models for drug pricing that include value to patients,” his bio on the Memorial Sloan Kettering website says.

In 2017, Bach received $16,103.17 from Gilead Sciences Inc., a biopharmaceutical company, according to a government database.

The payments were for consulting, travel, and lodging, according to the government site.

In an interview with the Project On Government Oversight, Bach said companies paid him to speak about his work and covered related expenses. Payments categorized in the database as consulting fees were for speaking, he said.

“As far as I can remember, every payment I’ve received from the pharmaceutical industry has been in the context of a paid speaking engagement,” Bach said.

Bach said he would be uncomfortable advising a company strategically “about maximizing its interest.” He said he draws the line on payments from drug companies in a way that he believes will prevent him from being influenced by the payments.

“Everyone draws the line where they feel comfortable, and I’m sure everyone maintains that where they’ve done that is perfectly fine,” he added, highlighting the subjective nature of such judgments. 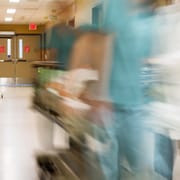 On July 14, 2011, a retired social worker named Sidney Denham was taken to an emergency room in Savannah, Georgia. Weeks after undergoing prostate surgery, and days after resuming use of a relatively new blood thinner called Pradaxa, the 81-year-old widower was bleeding profusely from his urinary tract. He had lost so much blood that his pressure had plunged to about half the normal level and his body was in shock. In the intensive care unit, a medical team deployed treatment after treatment in a struggle to save him.

“I think it’s really important to be transparent and to have these disclosures,” Bach added.

The disclosures are intended to help audiences “assess the possibility that what is being said or represented is somehow being influenced by interested parties,” he said.

In a follow-up email to POGO, Bach noted that, in a 2012 New York Times op-ed, he and one of his co-authors disclosed that they had received payments from Genentech. The op-ed explained that Memorial Sloan Kettering would no longer administer “a phenomenally expensive new cancer drug” called Zaltrap. The article said Zaltrap had “proved to be no better than a similar medicine we already have for advanced colorectal cancer, while its price — at $11,063 on average for a month of treatment — is more than twice as high.” The less expensive drug was Genentech’s Avastin, the op-ed said.

A third witness scheduled to testify Tuesday is neither a policy professional nor a medical expert. Kathy Sego of Madison, Indiana, is identified on the hearing program as the mother of a child with insulin-dependent diabetes. Sego’s Twitter bio describes her in part as “Diabetes Advocate, volunteer American Diabetes Association.”

“ADA Advocate, mother and teacher Kathy Sego will testify about the personal impact of high insulin costs for her family,” the advisory says.

An article in an ADA publication describes problems patients can experience when particular insulins are excluded from formularies—lists of covered drugs—and when health plans require patients to pay a large share of the costs. The article says:

“One such example comes from Kathy Sego, who signed the ADA’s Make Insulin Affordable petition and whose son, Hunter, has type 1 diabetes. Hunter requires approximately four vials of insulin per month to properly manage his diabetes, at a monthly out-of-pocket cost of $1,948 until the family meets the health plan deductible. Knowing the impact of this cost on his family, Hunter, a college student in 2016, began skipping insulin doses, which can lead to serious and even deadly complications.”

The Senate Finance Committee asked ADA for a list of patients who would be willing to share their family’s personal experience with rising insulin prices, and the committee selected Sego, ADA spokesperson Michelle Kirkwood told POGO by email.

Sego could not be reached for comment. After POGO left messages for Sego with a member of her family, Kirkwood asked that POGO go through her to reach Sego. Kirkwood later said Sego was not available for media interviews.

Kirkwood said neither Sego nor anyone in her family has received money from the pharmaceutical industry.  Kirkwood said Sego's son has been receiving a scholarship from the Team Type 1 Foundation through its Global Ambassador Scholarship Program.

“Team Type 1 and the scholarship are funded by a variety of private and public donations and organizations including pharmaceutical companies,” Kirkwood said.

In 2017, the ADA received $18.3 million from the pharmaceutical industry, representing 12.3 percent of the organization’s revenue, Kirkwood said by email. That was down from $25.2 million and 14.7 percent of revenue the year before, she said.

The industry contributions include support for ADA advocacy and programs such as diabetes camps for kids, patient support and education, and grants for diabetes research, Kirkwood said. “Financial contributions of any kind do not influence ADA’s public policy work,” she said.

As POGO reported in its 2016 “Drug Money” series, many patient advocacy groups receive funding from drug companies and have other relationships with drug makers. The interests of patients can overlap with those of companies developing and marketing medicines. In addition, in Washington’s legislative and regulatory debates, patient groups may command more sympathy than drug companies.

The fourth witness scheduled to testify at tomorrow’s Senate hearing is Mark E. Miller, listed by the committee as vice president of health care at the Laura and John Arnold Foundation. (The foundation announced today that it is restructuring as Arnold Ventures.) Miller is a former executive director of Congress’s Medicare Payment Advisory Commission, also known as MedPAC.

Laura and John Arnold and the Arnold Foundation have contributed to the Project On Government Oversight.

In its annual report for 2017, the Arnold Foundation said its goals included pricing drugs based on their value to patients and amplifying patient voices.

“Until recently, independent patient voices have been noticeably absent from drug pricing discussions. This is due to the fact that most patient-advocacy organizations receive funding from drug companies, and industry executives often serve on governing boards,” the annual report said.

POGO contacted the Senate Finance Committee and PhRMA for this story but has not received responses.

The Senate hearing is one of two slated for tomorrow on similar subjects. The House Committee on Oversight and Reform has scheduled a hearing on a “the Actions of Drug Companies in Raising Prescription Drug Prices.” POGO had almost completed this story by the time the House committee posted its witness list today.