When the new whistleblower and accountability-focused office at the troubled Department of Veterans Affairs (VA) opened its doors in 2017, it was supposed to help change the agency’s longstanding culture of retaliation against whistleblowers who speak out about waste and abuse in the agency that cares for our nation’s veterans. But since then, insider accounts have shown that accountability is still sorely lacking within the VA, and within the Office of Accountability and Whistleblower Protection (OAWP) itself.

The VA either knowingly or negligently spent taxpayer dollars to pay instructors without the relevant experience to quote government audit standards at people who are unlikely to conduct that kind of audit in their current jobs.

When the office was created, the Project On Government Oversight (POGO) voiced concerns that its placement within the agency lacked the structural independence necessary to create meaningful change, and we have been examining its performance since. Now, as the office has faced congressional scrutiny, we learned from sources within the office that it shelled out over $300,000 last month on ineffective and at times irrelevant training for its staff who work on misconduct and whistleblower retaliation allegations.

Insiders who spoke to POGO described an office in disarray, with the expensive, hastily planned, and ineffective training as the latest symptom of poor management.

“There wasn’t anything in the training that was remotely relevant or useful,” one attendee told POGO. It was “like nothing I’ve ever seen, and I’ve been in government for 20 years,” another said.

On September 30, the chairmen of the House Veterans’ Affairs Committee and its Subcommittee on Oversight and Investigations sent a letter to VA Secretary Robert Wilkie, stating that the accountability office “is showing itself to be ineffective in fulfilling its primary duties” and that it has “failed to meet its most basic performance requirements.” A hearing is scheduled for October 29, and Assistant Secretary Tamara Bonzanto, the head of the whistleblower protection office, is expected to testify.

The office consists of approximately 80 staff members, nearly half of whom are investigators tasked with getting to the bottom of VA employees’ allegations of both misconduct and whistleblower retaliation. The rest of the staff comprise a small intake team, a legal review team, administrative staff, and management. Most employees work remotely, and are spread across the country.

Over the summer, the office dramatically shrank its complaint intake team, and moved roughly half of its members to the investigations division, resulting in a dozen new investigators who needed to be taught how to do their job. The new investigators required training as soon as possible, as they had already been assigned cases, according to several employees. The training, which took place in Washington, DC, the week of September 9, appears to have been a priority for office leadership, and consisted of two multi-day sessions, one for both investigators and the legal review team, followed by another for just the review team. (The legal review team is responsible for quality control for investigative reports.) 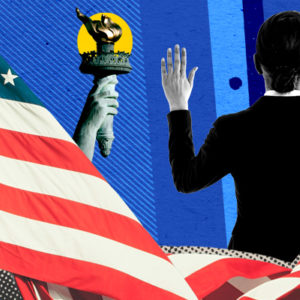 Whistleblowing is risky and difficult. History also shows it is an act usually best done while attempting to keep your identity anonymous to the public at large. POGO offers resources that are intended to help you make the most informed decisions when encountering difficult ethical situations in your workplace.

The decision to host the training in DC—one of the most expensive U.S. cities for government employees to travel to—resulted in well over $100,000 in total travel and hotel costs, according to government rates and employee estimates of costs. The nearly 50 attendees who had to fly in received permission to book their tickets to the capital just one week before they were supposed to arrive, resulting in travel costs that several employees noted were higher than normal.

Last year, the office’s investigators began participating in a weeklong course on administrative investigations developed by Immigration and Customs Enforcement (ICE) and taught at the Federal Law Enforcement Training Center in Georgia. By agreement with ICE, the instructors included several hours’ worth of material customized for the VA. Investigators who attended spoke positively about it; one described it to POGO as “phenomenal.” The accountability office’s leadership canceled the program in May 2019, according to several investigators.

Other federal agencies, such as the Council of the Inspectors General on Integrity and Efficiency and the Office of Special Counsel—an independent federal watchdog responsible for investigating most cases of whistleblower retaliation—offer trainings as well. Instead of using one of those options, the accountability office hired a contractor to develop a specialized curriculum and conduct the new training. The accountability office did not respond to emailed questions about why it had contracted with a private company for the training. 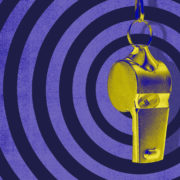 Whistleblower Retaliation at the Department of Veterans Affairs

Whistleblowers at the Department of Veterans Affairs put their careers on the line every time they speak truth to power to ensure the best care possible for those who put their lives on the line to defend our country. In that way, VA whistleblowers are heroes serving heroes.

One week after saying it couldn’t be done, the primary contracting officer on the project mentioned in an email to a member of the accountability office that Hansel Cordeiro, the accountability office’s number two, had called the head of the contracting office “saying this is a Secretary level requirement and has to be provided by 9 Sept.” With the contracting officer under the impression that the head of the VA wanted the last-minute training to happen, the contract sped through the next steps, including setting requirements, sourcing, and price evaluations, and was signed a month later.

Shortly after the contract was signed, Cordeiro received an email in which the VA secretary’s requiring the training was mentioned. In response, Cordeiro wrote, “Also, to clarify, SECVA [VA Secretary] didn’t request the training, I did.” Cordeiro did not respond to POGO’s questions seeking clarification on the matter.

Whether there was a misunderstanding during the initial phone call or not, the last-minute contract appears to have been rushed through by contracting officers who believed Secretary Wilkie had specifically required that the training occur on September 9. The agency’s press office did not respond to POGO’s request to clarify whether or not the secretary had required that the training take place on that date.

The training was scheduled to begin just three weeks after the contract was signed. While The Ravens Group has performed trainings for VA staff on other topics, emails show that at least two VA employees in the procurement process agreed that the company lacked the expertise to conduct this training itself. As expected, the company contracted it out to two instructors.

Under the accountability office’s contract with The Ravens Group, the instructors were supposed to be subject-matter experts with at least five years’ experience in federal administrative investigations, and capable of developing and presenting a specialized curriculum for the training. Yet neither instructor appears to have experience as a federal investigator, let alone as one who focuses on whistleblower cases. According to their LinkedIn pages, one was a senior human resources professional at Lockheed Martin, and the other a lawyer for the Department of Defense’s school system. Neither instructor responded to emailed questions.

The VA investigators did not receive a comprehensive—or fully accurate—training. “There was a lot of reading verbatim from the slides,” an attendee told POGO, adding that “the instructors were routinely flustered” and repeatedly admitted their lack of subject-matter expertise.

During the first two and a half days of the training, the instructors did little more than outline general principles of good investigations and reports. Slides consisted of definitions of basic terms such as “evidence,” abstract principles such as “watch out for personal biases,” and generic outlines of the investigative process.

Several investigators told POGO the training was so basic that it was essentially a waste of time. “The Investigator training was absolutely, completely, totally useless,” one wrote to POGO. “It was ineffective, not applicable, and was just not appropriate for administrative investigators and what we do,” according to another.

At one point the investigators had to correct the instructors, who had not included significant changes from a 2017 law that expanded the definition of a whistleblower. (The Dr. Chris Kirkpatrick Whistleblower Protection Act of 2017 was named after a VA whistleblower.)

That error appears to have resulted from the trainers’ reliance on outdated presentations on the subject, including one from the Office of Special Counsel that was at least two years old.

“You could feel the hostility in the room,” an attendee recounted, as the instructors struggled to exert control over the training and respond to questions from increasingly frustrated attendees.

In addition, the content of several slides appears to have been plagiarized from Wikipedia, the nonprofit Government Accountability Project, and the Department of Labor. The content of at least ten slides—including the clip art—were copied from material created by the VA in 2016, and now sport The Ravens Group’s logo.

“It was insulting,” one employee wrote in a post-training evaluation, “that a contract was awarded for someone to regurgitate our own training materials to us.”

The Ravens Group did not respond to emailed questions about the instructors’ qualifications and the apparent plagiarism.

“We were unaware of The Ravens Group pinching our intellectual property, and we are outraged by their appropriation of our content for their use and profit,” wrote Louis Clark, executive director and CEO of the Government Accountability Project, in response to POGO’s questions about the material. “What is particularly outrageous is that we continually train government and corporate employees and agencies extensively for free, with superior training materials, as part of our public interest mission.”

By the end of the two-and-a-half-day training session for investigators, the instructors hadn’t covered everything in the agenda—they left the subject of writing investigative reports unaddressed despite originally scheduling two hours for it, according to two attendees.

After completing the roughly 17 scheduled hours of instruction, The Ravens Group gave each investigator a signed certificate stating they had completed 40 hours of training, according to several VA employees. The investigative staff flew home the next day, leaving the significantly smaller review team to complete additional training.

The second training session was supposed to focus on reviewing, or auditing, investigative reports. But, in what appears to be a particularly egregious mistake, the prepared training material for the final day and a half of training focused entirely on government standards used in financial auditing, rather than the simpler quality-control reviews performed by the accountability office. The office has never conducted an audit using those standards, known as Generally Accepted Government Auditing Standards (GAGAS) or the “Yellow Book,” according to several employees, and likely never will.

The contract required “investigative report audit training,” and while the word “audit” is most commonly used in the formal sense as it relates to audits of financial statements or programs, the contract’s wording suggests that formal government auditing is not what the office had in mind.

Regardless of whether the wording in the contract was unclear, it is difficult to believe that someone performing even a cursory review could miss 43 consecutive slides quoting the Yellow Book auditing standards. The office’s leaders failed to correct the misinterpretation when either the draft or final training materials were submitted. As a result, they either knowingly or negligently spent taxpayer dollars to pay instructors without the relevant experience to quote government audit standards at people who are unlikely to conduct that kind of audit in their current jobs.

After pushback from attendees about the relevance of the audit standards presentation, the last half day featured what appeared to be new slides about the general importance of quality control—which had not been included in the binders of other training material—and then an audit-themed version of Jeopardy! After completing fewer than 30 hours of training, the rest of the attendees received their own 40-hour certificates.

“That’s five days I won’t get back,” one attendee reflected to POGO.