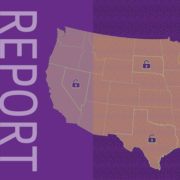 Our nation is working in a variety of ways to address election security and integrity. From the halls of the Capitol to hacker conferences like DEF CON, malicious exploitation of voting machines and websites has become a much-watched issue. The nation’s largest social media companies are scrambling to find ways to respond to bots, false stories, and foreign propaganda that is infecting discourse on their sites.

Yet one critical area of election security has received far less attention: protection of voter registration rolls. If state registration databases were hacked and compromised, it could have a catastrophic effect on elections, because for most states, only the weak safety net of provisional voting is in place to serve as a backup if the worst should occur.

If state registration databases were hacked and compromised, it could have a catastrophic effect on elections.

While backups using best security practices and making potential structural changes to election systems offer greater potential for preventing or limiting the harms of database hacks than does provisional voting, it is nonetheless important to examine how well this final backstop could serve following a successful breach.

The Constitution Project at the Project On Government Oversight conducted a state-by-state analysis to determine this by examining states’ legal requirements for provisional ballots and their ballot capacity. Of the 29 states examined,115 have laws that would prohibit provisional voting by anyone whose registration status cannot be determined, 6 states’ laws contain legal ambiguities that create uncertainty about whether provisional ballots could be broadly used, and 3 maintain a number of ballots below necessary capacity for broad use. Based on these findings, we set forth recommendations for decreasing the likelihood of needing to resort to broad use of provisional ballots, and for ensuring that in the event that states must resort to provisional ballots as a final safety net, it would be possible for them to do so.

Risks of an Attack on Registration Systems

Combating election interference and protecting the integrity of our voting system is a critical policy goal receiving growing attention in the wake of increasing threats and attempted interference by foreign adversaries. Successful meddling in our election system could result in a variety of harms: such efforts could tip election results, create the specter of elections being “stolen” or “rigged” even if actual impact was minimal, or cause disorder and delays that prevent elections from occurring at all.

The right to vote is a cornerstone of our democracy.

There are numerous means for achieving these nefarious aims. But one of the most dangerous is attacking registration databases, an area we have said “may be our election system’s greatest vulnerability.”2

In fact, according to the Senate Select Committee on Intelligence, Russia successfully penetrated state registration databases in 2016, which “in a small number of cases” provided it with the potential ability to alter and delete registration data.3 In June this year, mere printer and computer errors related to registration systems on the eve of California’s and Maryland’s primary elections forced tens of thousands of voters in each state to cast provisional ballots,4 demonstrating how problems related to registration databases can hamper voting on a mass scale. And in July this year, indictments of Russian military intelligence officers by Special Counsel Robert S. Mueller III’s office indicated Russia penetrated the computer systems of a vendor that supplied voter registration equipment, and used its infiltration of the vendor’s systems to launch spear phishing attacks5 against its clients.6

As we have previously highlighted, “tampering with registration can be just as influential in swinging an election’s outcome as targeting voting machines themselves.”7 Select removal of several thousand individuals who reliably vote for one party from registration rolls in a single state could alter the outcome of Congressional races, or even a presidential election.8 If an espionage operation successfully destroyed the registration database in just a single state—or tampered with records to a sufficient degree to render most records unreliable—it could cause irreparable damage. We might be left with insufficient votes in the electoral college to decide the presidency, control of one or both chambers of Congress could be put into limbo, or problems completing elections for state governments.

Yet in most states, should a centralized attack on registration rolls occur on the eve of an election, it would likely leave provisional voting as the sole means for citizens to cast a ballot. In light of the emerging threats of election interference, reliance on provisional ballots as a safeguard to mitigate the harms of a successful attack is wholly insufficient.

Provisional ballots are largely a modern phenomenon, designed to be a fail-safe for individualized situations when a voter’s records were unclear due to small-scale errors or events such as an unregistered change of address.9 In 2001, only 17 states offered provisional ballots.10 This was changed by the Help America Vote Act (HAVA) of 2002, which required all states to create a provisional ballot system.11 According to the National Conference of State Legislatures, “the most common reasons [for casting a provisional ballot], as identified by the EAC [Election Assistance Commission], are:

The threat of nation-state cyberattacks against our election systems is relatively new to our public policy discourse.17  In 2002, the notion that malicious hacks could destroy an entire voter database was not under consideration by federal lawmakers as they passed HAVA, nor was it a chief concern of the state lawmakers who responded to the law by establishing provisional voting systems. Thus, while many of the systems we encountered presented problems for broad use of provisional voting as a fail-safe against attacks on our registration rolls, these problems are not due to states’ indifference to modern threats. Most election laws present provisional balloting as an option only when individual registration status cannot be confirmed at the polls. These systems simply were not designed to operate as a backstop to a surreptitious purge of thousands of voter registration records.

A majority of the states examined are unprepared and appear unable to use provisional voting on a broad scale to respond to a debilitating attack on its voter registration database. This is due to the operation of state law governing provisional voting, as well as logistical challenges that would likely accompany any wide-scale use of provisional ballots.

In terms of facing the modern risk of large-scale attacks on registration systems, methods other than resorting to broad use of provisional ballots would be more effective in terms of resources, maintaining election integrity, and preventing subsequent election-meddling.20Most notably, secure backups of registration databases are an effective method of negating the harms of an attack on a registration database.21

However, in order to serve as an effective safeguard, backups need to be properly designed and protected. If a malicious hacker can access and alter backups in the same manner as main databases—or prevent knowledge of changes for prolonged periods of time and thereby taint subsequent backups—backups provide no security benefit at all. Many states we contacted responded that they do maintain backup databases; we intend to conduct additional research on whether states employ a variety of specific best practices to ensure that backups can effectively withstand an attack and to guarantee mitigation of harms.

Our primary recommendation is to develop effective backup systems to ensure that resorting to broad use of provisional ballots is never necessary. However, we also provide recommendations on how to ensure that a provisional-ballots system can act as a last resort in response to a successful attack compromising registration data.

1. States should develop effective backups for registration databases, with features such as access limits and auditing systems recommended by security experts.

Such measures may take time to fully develop; furthermore, best practices and necessary protocols change over time, and a component of strong election and cybersecurity preparedness involves contingencies, including for worst-case scenarios. Thus, even if a state has taken all proper measures to protect registration databases, it should be as prepared as possible for a scenario where its database is nonetheless breached and compromised.

Our primary recommendation is to develop effective backup systems to ensure that resorting to broad use of provisional ballots is never necessary.

In light of this:

The right to vote is a cornerstone of our democracy. Because the federal government has a critical role in supporting access to this right—as previously seen in broad bipartisan consensus in passing HAVA in 2002—and because federal aid is particularly appropriate when foreign adversaries threaten this right, there are also measures the federal government ought to undertake in order to support provisional ballot use in the states.

6. When providing states with funding for election operations and security, Congress should include funds to aid states in maintaining a full contingency of provisional ballots.

Senate Select Committee on Intelligence, Russian Targeting of Election Infrastructure During the 2016 Election: Summary of Initial Findings and Recommendations, May 8, 2018, p. 1. https://www.burr.senate.gov/imo/media/doc/RussRptInstlmt1-%20ElecSec%20Findings,Recs2.pdf(Downloaded October 23, 2018)